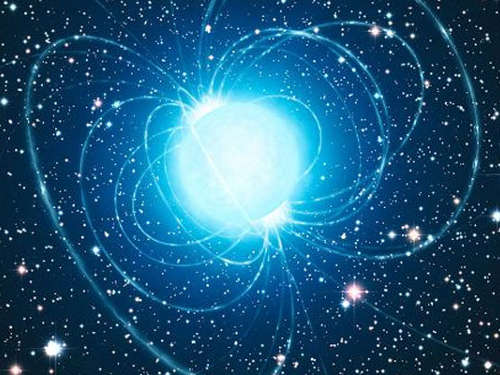 Sometimes we notice that the characteristics of our Zodiac, to put it mildly, do not fit or do not fit very accurately. The reason for this discrepancy is in the variety of constellations in our firmament.

People born at the junction of two Signs, sometimes have the characteristics of one and the second, and sometimes completely different from the standard types of both. This is due to the fact that there is another Zodiacal Circle. It includes the second row of Zodiac Signs, which affects those born in the interval, their effects are stronger than the inner, standard and well-known circle of 12 main Zodiac Signs.

Constellation at the junction of Pisces and Aries. These people combine two opposing elements — Water and Fire. They are endowed with both will and a very good imagination.

They are active and idealistic in their worldview; they may act not openly, but secretly, in order to achieve a goal.

The transitional state from Aquarius to Pisces gives rise to Pegasus, who has a very strong creative start and perception of the psychology of people. However, the character of a person is extraordinary, original and punchy. These are innovative and inspired thinkers.

At the confluence of the Earth, to which Capricorn belongs, and Air, which controls Aquarius, it turns out the Sphinx, which has secret and inaccessible to many knowledge. And it seems that the more he learns, the harder it is for him to live. These are quite eccentric and extravagant personalities who can attract attention to themselves.

4 Tree (Cassiopeia) from December 15 to December 28

The mixing of the elements of Fire and Earth makes the personality of the Tree controversial and difficult to understand. The people of Cassiopaea cannot resist their own passions, but always struggle with them. On the one hand, they are open and straightforward, on the other hand they are pessimistic, and they connect the two worlds, the upper and the lower.

These are one of the most intolerant people who always have their own opinion and make their way, sometimes not paying attention to others. Individualists who love to act independently, without involving anyone to help. From life is similar to the life of the phoenix: death for the sake of rebirth from the ashes.

Between the constellations of Libra and Scorpio is the constellation Raven, under the influence of which one of the most controversial and impulsive people are born. At some period they are soft and docile, kind and balanced, and then they can suddenly fall into aggression and anger. It is very important that they understand what is evil and what is good.

7 Shepherd (Volotop) from September 16 to September 29

People born under this sign, absorbed the rational thinking of the Virgin and a tendency to aesthetics Libra. They are able to make the right decisions, to see the shortcomings of both their own and others. Shepherds are able to lead people, know how to perfectly manipulate and make complex, and at the same time elegant plans.

When Leo and Virgo are combined, people who combine choleric and phlegmatic, who are both introverts and extroverts, are obtained. Sometimes it seems that they have made some oath that they would never break. Their path is thorny, and they have to go through it, helping those who are weaker than them.

During this period, people are born, endowed with a very large creative potential. The sensuality of Cancer and Leo’s courage make them charismatic and loving natures. They are directed forward, but go along the beaten track.

People striving for knowledge as true representatives of the Air element, and at the same time overwhelmed with doubts and fears. The helmsman is the first colonist standing at the origins of the new civilization, or the helmsman leading the ship to romantic adventures. Extremely inquisitive and communicative, resemble a live encyclopedia.

People born in this period are quieter and more patient than fiery Aries, but far less phlegmatic than Taurus. They strive for material well-being and spend their extremely high diligence for the benefit of themselves.

The signs of the second Zodiacal Circle help to more accurately understand what controls people born in the transition period. Moreover, it is possible to better explain their purpose and purpose in life. Let astrology serve as a hint and help you find yourself. Good luck to you, and don’t forget to press the buttons and

2018-11-30
admin
Предыдущий Withers on the neck — how to get rid quickly and efficiently, causes
Следующий Lunar day today is January 1st