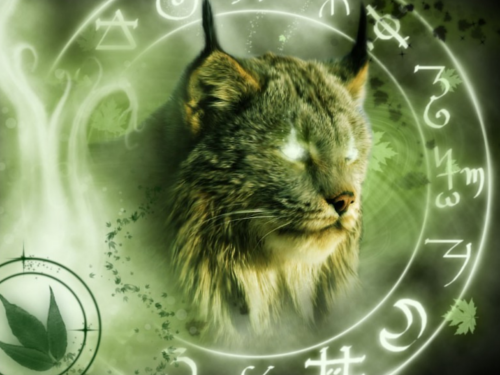 The energy connection between humans and animals was seen in antiquity. Each Zodiac sign is protected by a totem animal that helps a person in life and brings good luck.

In pre-Christian times, our ancestors worshiped totem animals. Depending on the time of birth, a person acquired a patron beast to which he addressed his requests and desires. It was believed that a totem animal accompanies a person throughout the entire life’s journey, protects against harm and helps to realize his abilities.

Slavs made amulets with the image of their patron from the world of animals. Such a talisman attracted to the owner good luck.

The human totem animal is determined by the location of the Sun in one of the constellations at the time of its birth. Accordingly, each Zodiac sign corresponds to its patron animal.

Those born under the sign Aries, patronizes the bull — a powerful and wise animal. It has enormous strength and no less ambitious stubbornness and temper. As well as possible reflects the impulsive nature of Aries.

Totem animal Taurus — bear, wise master of the forest. In ancient times, the bear was revered as one of the most important animals, the guardian of the family hearth and protector of the house. The bear rarely attacks itself, but if it makes him angry, it will show its great power.

A similar line of behavior is also characteristic of Taurus.

Twins fits the mouse vole. The mouse has always symbolized material wealth and family values. Unlike many animals, voles live in pairs and remain faithful to each other throughout their lives.

For representatives of the mark Crayfish the totem animal is a beaver. Beavers are calm, hardworking and able to adapt to almost any conditions. This animal enhances the positive moments in the character of Cancers.

Lions, of course, corresponds to the lion. Few other animals can compete with the king of beasts. Leo is peace-loving, full of dignity, restrained and calculating.

Representatives of the zodiac Leo are also endowed with charm and the ability to calculate their actions.

The virgins protects the dog. The dog is a devoted friend and protector. She guards the house against the intrusion of strangers and feels the emotions of a person.

Such a totem animal is very suitable for Virgos, distinguished by empathy and constancy.

Totem of the Sign Libra — bee. Bees are industrious, active, intelligent animals, organized in society. Strong in their unity.

This is also characteristic of Libra, who show their considerable abilities when they feel the support of the people around them.

Animal patron Scorpions — a cat. The feline family is characterized by mystery, independence, a tendency to independently choose its owner. Such external emotional restraint, forethought and closeness are characteristic of Scorpios.

Strelets the elk corresponds — one of the totem animals most respected by our ancestors. Elk embodies strength, wisdom, and power over circumstances. He gives family happiness and is the patron saint of motherhood.

It was believed that seeing the Elk from afar is a happy sign.

Totem animal Aquarius — horse. The horse at all times was considered an indispensable helper and friend. There has always been a special connection between this animal and man.

Aquarians can also have a beneficial effect on others and help at the right moment.

Capricorn The antelope is a patronage, a graceful, swift and energetic animal. Do not live alone, very shy. Capricorns are also characterized by increased activity and realize themselves in society.

Pisces protects the snail. The snail has a high degree of survival and adapts to almost all conditions. In addition, it is believed that the snails carry the energy of calm and friendliness — and indeed, these are the most harmless animals.

Such energy is shared with others and representatives of the sign of Pisces.

The animal patron accompanies you at every stage of life. Charm with the image of a totem animal will protect you from adversity and bring well-being. We wish you success and do not forget to press the buttons and