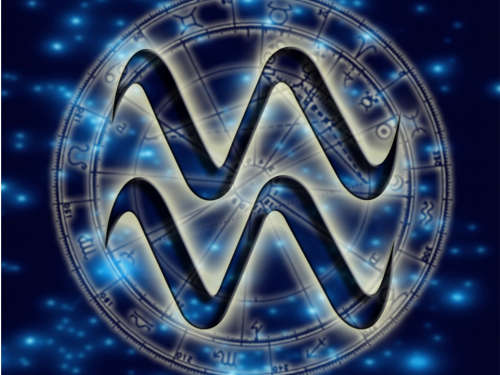 Representatives of each sign of the zodiac agree with other people in different ways, and it is even more difficult to guess the love predisposition. But it is possible even for such an unpredictable Sign of the Zodiac, as Aquarius.

Such relationships rarely lead to a successful and long marriage. In the joint life, they have good sexual compatibility, but partners can blame each other for many, as it seems to them, weaknesses. Aries will not see in Aquarius a sense of purpose, and Aquarius will not like its exactingness.

Only if these two learn mutual understanding and mutual respect, can something happen.

For Aquarius, this union is beneficial. He will not have to think about housekeeping and children, he will have a loving wife who quite patiently and calmly can endure his mood swings and creative crises, while perfectly seeing and understanding his talents. However, constancy can simply bore Aquarius.

Both of them are independent and would rather prefer a society of friends, books, or something more informative to a quiet evening together. On the one hand, each of them will understand the individuality of the other and will not interfere with personal growth. On the other hand, in such a union will be everything, except for stability.

But it is on the common interests and aspirations that occasionally, but a strong marriage can be created.

She is conservative. He is an innovative and controversial person. She needs stability, but he does not understand the measured pace of life. Marriage can be formed if they are united by common interests.

Then their differences will become something piquant in a relationship.

The interest of each other in this pair is completely natural and will be explained. She is beautiful and attractive in her kingship, and he is inventive and resourceful, knows how to surprise her. Sometimes the Lioness will be annoyed by the impracticality of Aquarius.

If they do not have to think about the material component, perhaps the union will be strong.

Rare alliance, because in most cases it is broken. Virgo is practical and conscientious, which will also be demanded from Aquarius, who sometimes does not observe even the elementary rules in everyday life. But if she learns to be less demanding, and he changes his lifestyle a little, you can still build relationships.

The joint life of the woman of Libra and the man of Aquarius cannot be called calm. At the very beginning of their relationship, everything can develop literally as in a film roman. And it will suit both.

Marriage between them is quite possible: after all, they will allow a certain degree of freedom for each other.

In half the cases this union stands the test of time. He is extravagant and enchanting, there will be quarrels and hot reconciliation. Nevertheless, despite the fact that they may have a common hobby, a Scorpio woman may think that he is wasted on trifles.

Bright and beautiful relationships they will have for sure, and impressions will last for a lifetime. It is quite probable that they will never bind themselves together by marriage, living for their own pleasure, even if they are together and under the same roof.

Capricorn, most likely, will build a family life on a specific schedule that does not like the freedom-loving man-Aquarius. If they find a compromise, then the marriage will be successful: Aquarius will help refresh the life of his chosen one, but she will not be forbidden to achieve everything on her own.

A rare case when such pairs are formed, and even less often when they are strong. However, if this couple is formed, they will simply enjoy their life and each other, as long as they themselves want it.

Two individuals with a rich inner world may well get along together. Necessary attention to each other and the ability to make compromises. If they do not allow negative feelings to prevail, then they will be able to start a family.

Do not be afraid of difficulties and seek to resolve all issues with your loved one, removing the negative. All the best and don’t forget to press the buttons and

2019-03-20
admin
Предыдущий Love horoscope for the week from 2 to 8 March
Следующий Kulich with icing, step-by-step recipe with photos