Главная » The fight of extrasensories » Psychics are investigating: the battle of the fittest & raquo ;: mysterious arson cars and the investigation of three unexpected deaths

Psychics are investigating: the battle of the fittest & raquo ;: mysterious arson cars and the investigation of three unexpected deaths

«Psychics are investigating: the battle of the strongest»: mysterious arson of cars and the investigation of three unexpected deaths 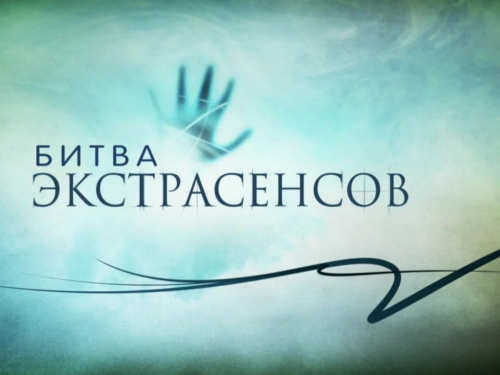 In this series, psychics are sent to investigate two mysterious cases at once. The first concerns an unknown arsonist who deliberately, in the literal sense of the word, destroys the cars of the inhabitants of an apartment building. The second part of the issue is devoted to the mysterious deaths of three young men.

Inexplicable and mysterious fires do not give rest to residents of one of the houses near Moscow. Continuing fires and the absence of the slightest clue confound the investigation. Suffer not only cars parked near the ill-fated building, but also those who are at a great distance. The mysterious arsonist spares no one: he already has more than 10 burned-down vehicles on his account, which were also located in garages located in the distance and in summer cottages.

Desperate people turned for help to people about their supernormal abilities in order to stop this horror, which for several years does not give rest to any inhabitant of the ill-fated high-rise building.

A series of mysterious arsons will try to explain the participant of the “Battle of psychics”, a psychic astrologer. Her first feelings got to the point: she correctly determined that people are united by negative emotions, and each of them has lost personal property. She used the astrological chart to understand what was happening and to help people understand the mysterious events.

Svetlana told concerned residents that all incidents occurred during eclipses, and this means the aggravation of any negative actions. According to her, arson was committed by a person who, in connection with astrological events, exacerbated his anger. Svetlana believes that one person took part in the riots, and tried to describe in detail his appearance and features. The psychic is convinced that the young man is local, and lives nearby.

Residents immediately understood who they were talking about. In her opinion, this person was in a crowd of people at the time of shooting. Opinions of residents are divided.

Some were completely in agreement with the visions of the psychic; others, however, were not looking for docking and were skeptical of her words. By the time of the arrival of the second psychic, those present found that their main suspect had disappeared, and were even more convinced of his involvement in the arson.

In his characteristic manner, the psychic began by telling his visions that came to him. Then, after talking with the residents, Leonid identified not only the places where the cars stood, but also their brands. It was clear that he literally sees the time of the first fire. He also confirmed the words of the first psychic, saying that the unknown arsonist is most likely not mentally healthy.

Match the appearance description. However, one of the residents, whose cars were burned not in this courtyard, turned to Leonid to check on that. The psychic correctly saw that Paul had burned several cars in the family, and another arsonist was stalking his family. He described his appearance, and it became apparent that Paul did not understand what he was talking about.

However, residents were pleased with his story. They have food for thought and a new investigation.

The last participant, Ilona, ​​was not in a good mood, and she sharply asked the residents to get to the essence of the task. Her words shocked all those present. Ilona Novoselova told that she had a dream in which she saw Paul. Some people are pursuing him, and they have been taking revenge for several years now.

And the burnt cars are part of their revenge, which then grows into murder, and this will end the misfortune. The shocked people could not utter a word, and Paul, in their words, left because he was called to work. However, a straightforward psychic brushed aside this version, saying that the man thus escaped from a frank conversation.

Ilona Novoselova continued to shock the residents of the house, predicting the imminent death of one of the tenants, and then refused to continue the dialogue, and left, suggesting damage to the arsonist. Residents refused to take on this sin. Her prediction that residents were given the punishment of living next to a sick person who behaves like a monkey with a grenade, suggested that all three psychics, without saying a word, refer to one person.

Ilona left the meeting place, however, after a while she returned to perform the ritual of targeting the arsonist.

The mystery of the death of three friends

Two fragile women, who were introduced by their husbands, became friends. They celebrated holidays with their families, went to visit each other, but in one year everything changed. Now two widows go together to the cemetery where their beloved husbands rest. Deaths took the lives of not only them, but also the third friend.

Three mysterious deaths do not give rest to the ladies, and they decide to seek help from psychics.

The witch began her story about the dead, and from the first phrase she kept in suspense not only the participants, but also the entire film crew. Having never made a mistake, and naming facts of her personal life, Elena literally in all details laid out all the family secrets, the experiences of turmoil. In order to understand what was happening, Elena Golunova decided to connect the deceased husbands with their wives, and see the general picture of the events that took place. However, the ritual did not work.

The psychic realized that one more person was not enough to close the circle. And indeed, only two widows came to the shooting, and a third woman was unable to survive the tragedy again. The version of the witch shocked women, because she insisted that the deaths of men are connected by one common unclean affair.

However, there is another person who keeps things that people have returned to them with curses. Elena suggested that there might have been some debt, which was given not only with money, but also with jewels. He literally gave the last in a fit of emotion launched a curse.

The contradictory feelings of women and their rejection of the version of Helen left them in bewilderment.

The medium began his work with the ritual of the call of the dead. Close relatives of those present came to him, through which Alexander could see the details of the life of each one present. Alexander, like the previous psychic, prophesied the death of the fourth man, who will close the circle.

According to the description and photos of the medium confirmed his person. Unlike Elena Golunova, Alexander Sheps did not feel in connection with these people of either a criminal past or a magical effect. The medium is sure that the death of one of the friends was a turning point in the lives of others, the surviving friends did not see the meaning of life, and literally pulled death to him.

However, later, without cameras, women received answers to all questions from Alexander, and according to them, now everything will be fine, and the fourth death should not happen.

In life there are many events that are simply impossible to find explanations. However, psychics and mediums are sure that we attract most of the troubles and troubles to ourselves, by the power of thought. We wish you only well-being, live in peace and joy with your close people, and do not forget to press buttons and