“The Battle of Psychics”: Away from Joseph Stalin 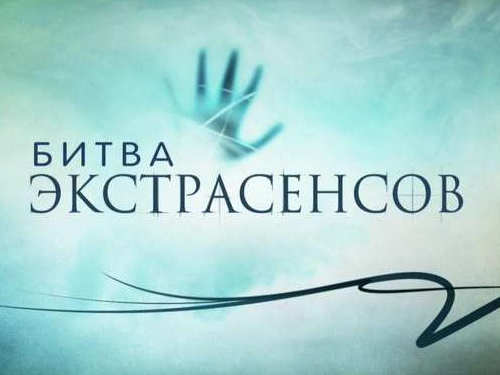 This issue was devoted to one of the most terrible and controversial figures of the 20th century. Joseph Stalin is a unique personality, so it should not be difficult to feel this energy.

In the previous issue, the show participants tried to unravel the mystery of the death of Juna Davitashvili. This time, psychics arrived in Sochi at the Green Dacha, where Stalin was treated and rested every summer for 11 years. The cottage was built in 1936.

After Stalin’s death in 1953, a sanatorium of the Central Committee of the CPSU was made from this place. Now it is a museum in which a lot of Stalin’s personal belongings. Each psychic will be in a certain room.

Sonya Egorova was the first. She was in Stalin’s private office. Before her sat a wax figure with a pipe in her hands. Sonia noted the unpleasant feeling of being in the room.

She saw a tough personality, a man loving women, swearing, smoking. In addition to Stalin herself, she described a couple of approximate figures of the leader. Behind was a desk assistant.

The psychic felt him and another man, whose cloak hung at the right hand of Sonya. Photos of women and children also attracted attention. Sonya saw the suicide, longing and pain of a woman.

The wife of Joseph Vissarionovich shot herself, because her husband was indifferent to her, — said Sonya.

Alexandra Kinzhinova was placed in front of a mirror in the hallway, so the maps showed him himself. Leading and invited expert historians felt that this was not fair to a psychic. This knocked Alexander, so in fact he could not pass the test.

Jean and Dan Alibekov got into a pool in which Joseph Vissarionovich was always alone. They saw a man aged, clumsy, small, with a big belly. This description fit the last years of the life of the leader. Psychics also saw the childhood of Stalin, or rather his father, the shoemaker, who kicked his son.

They saw this fear and hatred of the father.

Marina Zueva was next. She noted luxury, felt the heat from the fireplace, which had not been lit for about half a century. She said she sees a man who walks. Joseph Stalin did indeed go like this because he was limping.

The most important thing Marina managed to see was a little girl who suffered a lot. It was Stalin’s granddaughter. She was sent to a shelter for traitors’ children.

Konstantin Ghessati decided to call upon his spirit for help. Steps need to be heard, — said Konstantin. These were the words of Joseph Vissarionovich.

It was a safe place, quiet. Gramophone plays, men’s dances. Joseph Stalin mocked his assistants and pseudo-friends at bachelor parties, forcing them to dance with each other. Constantine felt loyalty, adoration and fear.

The psychic saw a lot of names, which is not accidental, because the leader really had a lot of them. Constantine said that the man is dead, sacral protection hangs on him. So it was, because all his life Stalin kept next to him magicians and seers who gave him advice. Konstantin absolutely correctly described his personal assistant Gurdjieff.

This is he, most likely, and put the protection. Perhaps, on his advice, Joseph Vissarionovich deliberately concealed his real date of birth.

Before choosing the weakest, the guests of the program and the host decided that everyone deserves the opportunity to go ahead and show themselves again. After all, Alexander Kinzhinov was tangled by giving the wrong room for testing.

This time there will be no losers, but in the next series the opportunity to avoid this will no longer appear. There was no one in the black envelope. Alexander Kinzhinov realized this by making a hand on the cards.

In the white envelope was Constantine.

This release was very important, because psychics showed themselves in all their glory. As the predictions say, Alexander Kinzhinov or Jean and Dan Alibekov will most likely leave the next. We look forward to the next release, which will be the last before the final. Good luck, and don’t forget to press the buttons and