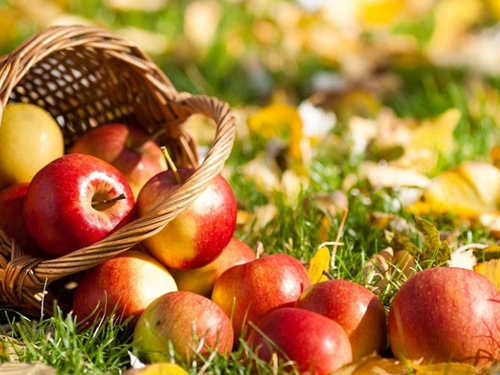 Apple Savior is one of the most beloved holidays of the people. For several centuries of its existence, many remarkable traditions have emerged that are observed in our days.

Apple Savior is the second in a row in a series of three August holidays dedicated to the Savior and therefore referred to as the “Spas.” From year to year it is celebrated on August 19th. In the national calendar, this day was set aside for harvesting and preparing for the approaching autumn, accompanied by special ritual actions.

After the adoption of Christianity, the national holiday merged with the Orthodox: on this day the church celebrates the great triumph of the Transfiguration of the Lord. Therefore, at present, the holiday is a harmonious combination of folk and Orthodox traditions, and to this day has not lost its relevance.

On this day, the church remembers one of the most important episodes of gospel history. The Savior and the disciples ascended the mountain in order to fulfill the rule of prayer. Suddenly, Christ lit up with a bright light, the Old Testament prophets descended from heaven, and the Divine voice announced that they had a son of the Lord before them.

Due to the fact that it was on this day that the divine essence of the Savior was revealed, the celebration was called the Transfiguration of the Lord. In order to celebrate this event, a special solemn service is held in all the churches, which, if possible, should be visited by all believers. One of the important rituals is the blessing of apples and other fruits and berries, including grapes.

The celebration falls in the middle of the Assumption fasting. Despite the need to refrain from skoromnoy food, that is, products of animal origin, the menu on August 19 will not be exactly the same monotony: on the occasion of the great church celebration allowed easing fasting — you can cook fish dishes, fill the food with vegetable oil and drink some dry wine. In addition, on the table will certainly be dishes from apples — the main symbol of the Apple Savior.

In ancient times it was believed that on this day summer unfolds towards autumn, because the Apple Savior was often called the “Small Autumn”. At this time, the harvest was necessarily collected, which was then carried to the church for consecration. It was believed that it was impossible to touch the apples before the Apple Savior: the taste was not the same, and the ancient beliefs forbade it.

It used to be believed that on holiday angels in heaven hand out sweet apples to children, and if a woman eats the fruit before August 19, the baby’s soul will be left without food.

After the church service, they usually go to the cemetery to visit the graves of their deceased relatives and put treats on them — consecrated apples and other fruits. This tradition still exists.

On a holiday, any work other than harvesting is prohibited. It is believed that on this day more time should be devoted to spiritual work and communication with loved ones. It is possible to gather all relatives at the festive table, on which there must necessarily be many dishes from the gifts of nature.

In ancient times, housewives made many dishes from apples and honey.

In the Apple Spas, various rites of well-being and prosperity were performed. Many of them can be repeated in modern conditions. We wish you happy holidays and good luck. Be happy and do not forget to press the buttons and

2019-02-28
admin
Предыдущий Comic divination for the New Year
Следующий Ottawa Airport: how to get there, Tourist Information