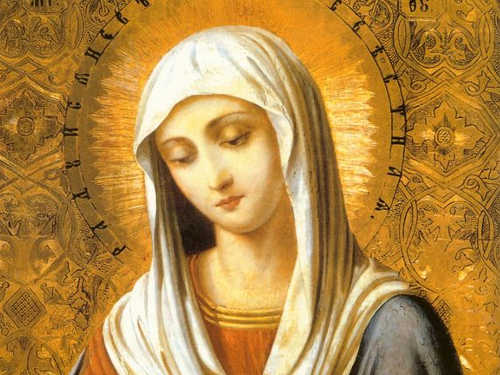 The Nativity of the Blessed Virgin Mary is a holiday filled with light and universal rejoicing for all Christians. It includes many mysteries and important signs that help change fate.

The church calendar of Orthodox celebrations will help you not to miss the worldwide and deeply revered holidays. The birth of the Most Holy Theotokos is no exception. The church gives this celebration a special importance: a woman was born, who became the Mother of Jesus Christ and overnight changed the usual life of people.

From the moment of the birth of the Virgin Mary, the world was lit up with light and joy, the preachers proclaimed: the prophecies begin to come true, the legends of the sacred apocryphs will quickly be fulfilled, the coming of the Savior is coming.

Nativity of the Blessed Virgin

Officially, the Nativity of the Virgin Mary began to be celebrated only in the sixth century after Christ. Since then, there has not been a day when religious people even for a moment forgot about the importance and significance of the Most Holy Theotokos for the Christian people.

Everywhere in the temples of God solemn services are held, clergymen dress up in special clothes, which they dress only a few times a year. The atmosphere of this day is saturated with joy and happiness.

The Nativity of the Blessed Virgin Mary is a fixed date that is very easy to remember. Year after year September 21st life of Orthodox people is illuminated with light and hope. From early morning, parishioners flock to the church to mark the day when the Virgin Mary was born.

The event of this day is directly related to the salvation of every soul, so it is very important to read the prayers to the Mother of God near her icon at least at home.

The value of the holiday for Christians

The Most Holy Virgin was born as a sign of consolation to her elderly parents, whose hearts were filled with love for the Creator. Holy Anna and St. Joachim sacrificially prayed only one thing: that their righteous life should be illuminated with light and filled with meaning in the face of the baby. God was merciful and sent an angel who informed Anna that she could become pregnant, and the child would glorify the whole family.

After exactly nine months since that day, Mary was born.

It is important to note the origin of the Virgin. She was born sinless: the Lord delivered her from original sin, rolling over to each person from Adam and Eve. In the face of the Virgin, two hereditary lines were combined that have long been at war with each other.

According to her father, the Virgin Mary belonged to the descendants of King David, while the mother of the Virgin belonged to the family of high priests. Hence, the status that Jesus Christ received during his lifetime: Heavenly King.

For believing Christians, the birth of the Virgin Mary is an important holiday. The prophecies of the Old Testament began to come true, and later each soul found a chance for eternal life in a world free from pain, sorrow and despondency. By coming, the Mother of God presented the people with the Savior and Redeemer from sin.

We wish you a great mood and peace in your soul. be happy and don’t forget to press the buttons and