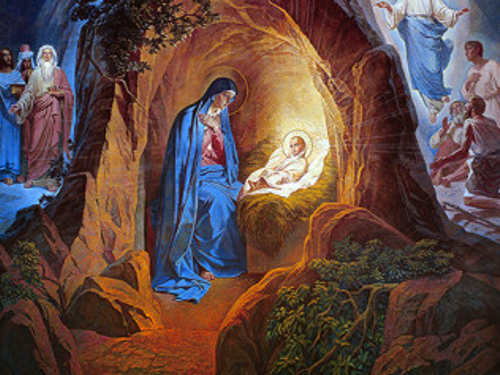 In Orthodoxy, the year will begin with an important event — the feast of the Nativity of Christ. This is a bright day that unites families and gives positive emotions to all people.

Christmas is on the list of 12 major Orthodox holidays. This is obvious, for the birth of the baby Jesus Christ begins a biblical story about saving the world from original sin.

history of the holiday

Once upon a time, this day was dedicated only to the birth of the infant Christ, but over time people understood that the role of the Virgin Mary in saving the world is different, but equally important. Anyone who has helped her walk the path of life deserves not only respect, but something much more. Recall at least Joseph, who at that time was about 80 years old.

The old man took under his wing the girl by whom the angel prophesied the birth of the Savior. Joseph was old, but this did not prevent him from caring for Mary and her future son. He helped her escape to Egypt when Herod tried to kill the baby, who was prophesied to become a king, at any cost.

The parents of the Protector herself also lived a very difficult life, because they could not have children, but they swore to give the child to the service of God in the event of a successful conception. Even before the birth of Christ, many people encountered the evil or trials of God, which brought them closer to Heaven. It is a celebration of love, respect, motherhood, the miracle of birth and the miracle of salvation.

January 7th is the time of prayers.

Despite the fact that the Christmas Fast ends at midnight from January 6 to 7, the church recommends that Christmas be held in prayers. These should be prayers of thanksgiving or prayers for health. The “Symbol of Faith” is the very prayer that reflects the meaning of the holiday. She is known to most believers, as she is sung every day at divine services.

Of course, everyone will sing “Thy Christmas, O Christ our God”:

Your Christmas, Christ our God, lit up the world with the light of reason, for through it the stars bowing to the stars were taught to bow to You, to the Sun of truth, and to You to lead from the height of the East. Lord, thank Thee!

Do not forget to do only good deeds on the feast of Christmas. So you can show God that the sacrifice of Christ was not in vain. Good is a ray of hope in the darkness.

Many of the believers will come to the night service, which will end in a religious procession. This is truly a joyous event, for which you can cancel important business and allow yourself to go to church for one of the most important services.

For Christmas, since ancient times, it was accepted by the people to give icons. The best choice on January 7 of the year as a gift will be the icon of the Kazan Mother of God, “Affection”, “Seven Mistress” or “Gracious”. It will be a great gift for any adult family member. Children can also give sweets and everything they asked from you before.

Prove to them that everything is possible on Christmas. Good luck and don’t forget to press the buttons and