Главная » The calendar » Numerology: choose favorable days for a wedding 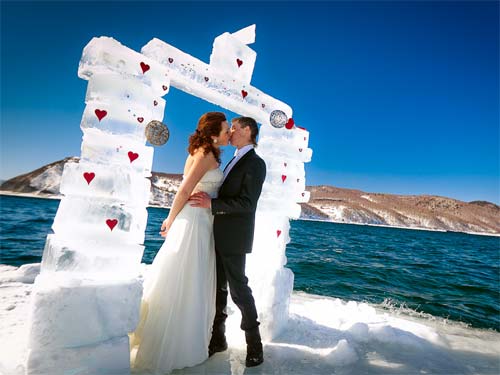 What awaits spouses after the wedding? How to develop a family life after the lovers exchanged rings? Does marriage threaten to divorce? Numerology will help answer these and many other questions.

If you follow this science, you can calculate an auspicious day for a wedding and, thus, already know in advance what to expect from marriage.

So, in order to calculate a good day, it is necessary to add in order all the numbers in the date on which the marriage is scheduled. For example, you are planning a wedding on 05.29.2014. Add up all the numbers to get a single number.

The result was three numbers that also need to be added: 2 + 5 + 7 = 14 = 1 + 4 = 5. It turned out the number 5. It will determine the future of the couple. After you calculate the numerological number of your wedding date, you just have to consult the meaning of numbers in numerology.

Number 1 — Relationship in marriage in this case will be strong, but not simple. Both in pair will strive for leadership, which will complicate the relationship. For both, career and personal growth will be important.

Such a union will be happy only if the spouses will find a compromise solution.

Number 2 — family life under the auspices of this number promises to be long and happy. Relationship in the pair will be equal. Both will strive to make each other pleasant and to surprise something.

Passion, romance, care and attention — this is what fills such couples. However, in the event of a betrayal, the marriage may collapse like a house of cards.

Number 3 — not the most successful number of marriage. Such a union speaks of instability and indifference to each other. As a rule, both in pairs under the auspices of this number will only care about their needs, will pay more attention to their friends, work and other matters, but not to communicate with each other.

In addition, conflicts on everyday grounds are quite likely: no one wants to take responsibility for housekeeping.

Number 4 — relations in this couple can be called more business than family. Both will have personal growth and career in the first place, not family and children. It is likely that such people will conveniently maintain such cold and prudent relationships for some time, but when one of them realizes that he wants something more from the family, he will leave his soulmate.

Although such a marriage does not always end in divorce. The second scenario for the development of such a relationship is complete alienation.

Number 5 — this marriage will be successful only if the spouses are initially passionate about one thing or have one hobby for two. In addition to love feelings, they must necessarily unite something else, only in this case their family life will be filled with joy and warmth. In another scenario, the spouses will look for like-minded people on the side, everyone will be passionate about their own interests, which can cool the relationship.

Number 6 — a successful numerological number for the wedding date. Relationships in this pair will be harmonious. In this family there will be everything: love, and children, and financial well-being.

However, in order to achieve such an idyll, both spouses need to learn not only to take, but also to give something in return. It is important sincere interest in each other.

Number 7 — the number has not quite an unambiguous value in numerology. It is good for those who want to live in stability and tranquility. Such a couple will have a special emotional connection that will help them avoid conflicts.

If both spouses are used to live an active life, then the wedding date under such a numerological number will bring them only flour.

Number 8 — this number will bring happiness to those who put material wealth and money first. Wedding under this numerological number will bring good luck to those who are married according to the calculation. The union will also be successful if both spouses strive for a common goal — to achieve financial well-being.

Number 9 — This number of marriage will bring good luck to those spouses who do not have big ambitions. In this case, they will devote their lives to the family and will live for each other. If one of this couple intends to achieve success in his career, then the other will have to listen to his opinion and support everything.

This union is more suitable for those who want to live the interests of their families.

Numerology of numbers allows you to look into the future and predetermine a married life. But it is necessary to understand that if there is love and mutual understanding in the family, then no difficulties will interfere with family happiness.