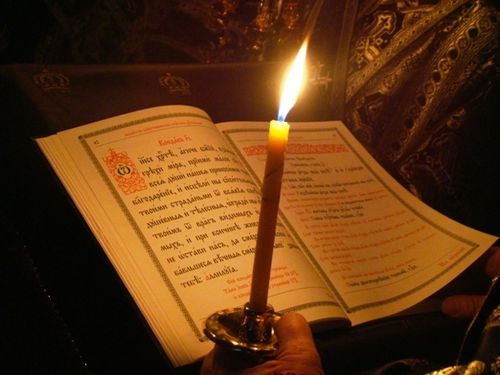 Lent is a special time for all Orthodox people. This is a time of humility, spiritual cleansing and prayer feat, performed by every believer to the best of his ability. The Orthodox calendar of Great Lent will help to understand what each week of this period is devoted to.

The annual Lent precedes the feast of Holy Easter and prepares for it the consciousness of the Orthodox throughout the world. Many people appreciate this time for the possibility of spiritual and physical cleansing, approaching to God in prayer and an awareness of true life values.

The time of Great Lent is divided into several periods: each of them is dedicated to an important church event that prepares Christians for the coming of the bright holiday of Easter. Knowing the characteristics of each period, you will be able to achieve inner harmony and not miss important church services during Lent, which begins on February 27 and ends on April 15.

The period of preparation. This is the time preceding Lent: preparation begins on February 5 and ends with Forgiveness Sunday, that is, February 26. The priests recommend now to abandon the use of meat, more often to visit the temple and pray for absolution.

Clean Monday is the beginning of the post — February 27th. From Monday to Thursday in all the churches the penitential canon from Andrew of Crete is read: if visiting the service is impossible for some reason, then the canon can be read at home. The first week of Lent on March 5 is coming to an end: the service on this day is called “The Triumph of Orthodoxy”.

The second week of the fast begins on March 6 and ends on March 12: clergymen advise during the week to limit idle talk and devote more time to silence: this time is given to Orthodox Christians to purify thoughts, intentions and find peace of mind.

The third week of fasting is called Cross-worshiping: on Sunday, a cross will be handed out to parishioners, encouraging them to continue fasting in the name of the Lord. The worship of the Cross makes you remember the sacrifice made by God in the name of all people.

According to the calendar of Lent, the fourth week is aimed at strengthening the faith. During the week, two major readings of the prayer rules are held: on Wednesday, March 29, the canon of Andrew of Crete is read, and on Friday — praise to the Blessed Virgin Mary.

The fifth week is called the Palm Springs Week: during this week the prayer rule of Mary of Egypt is read, and on Saturday, the church service recalls the miracle of the salvation of Lazarus by Jesus.

The sixth week of Lent of the year is called flowering: At this time, the entrance of the Lord to Jerusalem is remembered and glorified, and Sunday is called a palm one, because usually at the end of the sixth week of fasting the symbol of purity blooms — willow.

The seventh week is called Passion Week and has a special meaning for all believers: at this time the sufferings of Jesus Christ before the execution and miracle of the Resurrection are remembered.

First day Biblical scenes are devoted to memories: the destruction of Jerusalem, the sale of Joseph into slavery for 20 silver coins and the curse of the barren fig tree.

Second day dedicated to the reading of the prophecy of the Last Judgment, waiting for all people after death. Also on this day, parables are read.

The third day dedicated to the memories of the betrayal of Judas, the reading of the prayer rules of St. Efim, as well as the sacrament of confession, cleansing the soul in anticipation of Holy Easter.

On the fourth day all Orthodox try to join the sacrament of Communion. The prayer rules recall the Last Supper and read the twelve passionate Gospels.

Fifth day It is called the Day of Grief for the unjustly condemned and crucified Jesus Christ: the rules prescribe to refrain from all food throughout the day. The morning Royal Hours are read, the Shroud is taken out in the afternoon, and in the evening the Chin of the Lord is buried in all the temples.

Sixth day It is named Great Saturday: at this time the Light Liturgy is held, at the end of which the festive food is consecrated.

The Lent ends at the Bright Resurrection of Christ, otherwise called Easter. A festive night service is held, after which the Orthodox can eat any food. We wish you peace in the soul and inner harmony. Be happy and do not forget to press the buttons and

2018-11-12
admin
Предыдущий Holguin Airport: how to get there, Tourist Information
Следующий 5 ways to attract good luck for Feng Shui