Geminids: star rain in December of the year 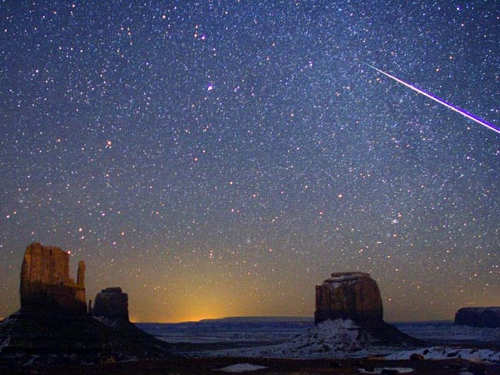 Cosmic phenomena are the most spectacular performances that can be seen, often even with the naked eye. These events include the Geminids — the so-called star rain. Some argue that this phenomenon affects fate.

On one of the first places in beauty among cosmic representations is, of course, meteor shower. This December it will be possible to observe it from anywhere in our planet, in contrast to, say, the northern lights, visible only beyond the Arctic Circle.

It is important to understand that our Earth is moving around the Sun, not only next door to other planets; there are also various asteroid belts and clusters, crossing which we observe meteor showers. Geminids are star rain that has the greatest strength and is perfectly visible under suitable weather conditions. Starfall Geminids can be observed now, and it will last until December 17, and its greatest strength will be from 13 to 14 December. Try not to miss this event.

We remind you that no additional devices are needed to track down meteors — the human eye can easily see this sight without any help.

Many psychics and soothsayers claim that the growing Moon in conjunction with the stellar rain gives a unique effect of increasing the energy of the luminaries. According to esoteric scientists, absolutely all people in the world during such periods exacerbated the sixth sense. There is a theory that if you have a premonition during a stargazing, it will most likely come true. It is on such days that recourse to psychics will be the most productive, although some of those with a third eye say that during meteor shower their gift becomes less powerful.

As for astrology, there is no particular reason for this science to change attitudes in connection with this phenomenon.

Many people guess during stargazing, explaining it with the same goodwill of the Cosmos. This month, the best time for night-time divination will be December 13 and 14 — in the midst of the Geminids. The result will not depend on the visibility of the sky and the meteors themselves — the very fact of their presence is important.

People who are not interested in predictions and esotericism simply receive aesthetic pleasure and positive energy from this spectacle. But even skeptics make wishes to a shooting star. Enjoy this unsurpassed beauty with us and do not forget to press the buttons and