February 9 — the transfer of the relics of St. John Chrysostom 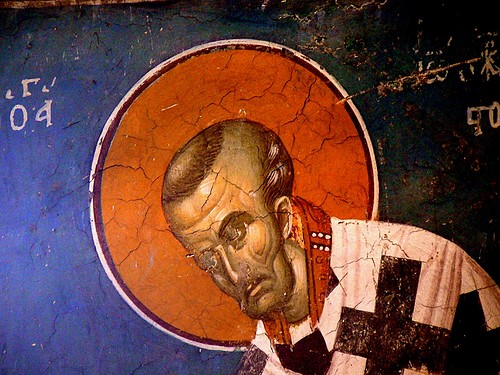 John Chrysostom is one of the most revered saints in Orthodoxy. His services to God and people are invaluable, for which he was proclaimed one of the greatest theologians.

November 26 is the memorial day of John Chrysostom, and on February 9 the Orthodox Church celebrates the transfer of its relics. In addition to these two holidays, John is also commemorated in the Cathedral of the Three Hierarchs on February 12.

Zlatoust was born in the 4th century in a rich family. His father died early, so John was raised by his mother. The boy received a good education, which only strengthened his faith. He was taught by the best philosophers and rhetors.

At 20 he was baptized, after which his life changed even more. As a result, he became a cleric. This is a dignity that allows you to read the Holy Scriptures in worship.

After the death of the mother, the young man became a monk. He delved into the study of the letter and became the best in this business. He was prophesied the way up, but he moved away from the people.

In those years, Chrysostom wrote his first works, which reached our time. For the most part he did it in a cave, where he stayed for almost two years. He prayed and lived in solitude to gain enlightenment and spiritual strength.

After his return, he was made a deacon. He continued to write books about God and the power of faith. At about 40 he became a full preacher. It was then that he became known as Chrysostom.

At that time, he wrote very useful works that helped ordinary people to understand better the meaning of holidays and prayers, as well as the most important book — the Gospel. In the end, he was promoted to the Archbishop of Constantinople. John Chrysostom put a lot of effort into the improvement of worship.

He donated all his money to good deeds.

Not everything was so smooth, for he was later accused of slandering the empress. They wanted to execute him, but then they simply exiled him and took him out of the country. On the day of his county an earthquake struck. John devoted his last years to his usual business — he worked until his death, which he met on the territory of modern Abkhazia.

He was ordered to be transported there from Armenia. He died en route from a serious illness at the age of about 60 years.

Feast of the Transfer of the Relics of February 9

The direct transfer of the relics was made 30 years after the death of John Chrysostom. They were returned back to Constantinople — to the spiritual home of the great theologian, who had undergone many abuses from the government.

The Orthodox world celebrates this great event every year on February 9. On this day, it is customary to read prayers at home and visit the temple. All churches hold a full liturgy dedicated to John.

If it were not for him, then perhaps everything would be different, because the saint during his lifetime put a lot of effort into improving the very structure of worship services.

Many of his works have come down to us, not only in translation, but also in the original form. John Chrysostom is the patron saint of all clergy, scholars, and students. February 9, you can put a candle to the saint, so that he prayed to God for you and your well-being.

This day is not included in the 12 major Orthodox holidays, but you should not forget about it, for John Chrysostom is one of the most important personalities for Christianity as a whole, and not just for the Orthodox world. Good luck, and don’t forget to press the buttons and

2019-04-15
admin
Предыдущий Feng Shui bedrooms: how to properly position the bed
Следующий The mystery and meaning of the name Rais