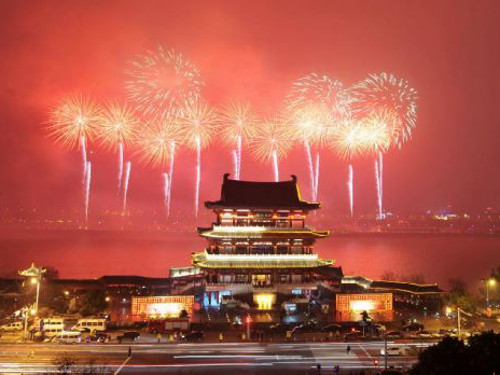 The story of the celebration of the New Year in China

The dragon was called Nian. Once the old man stood up for the people. He was not afraid of Nian and told him that he needed to fight with his peers in strength and height, and offered to hunt animals, not people. The dragon listened to the elder and flew away.

But the inhabitants were still afraid of Niana and, for protection by the New Year, they decorated their dwellings with red lanterns, as the Dragon was afraid of this color.

Chinese New Year is rich in customs and traditions. The celebration on this holiday on the streets of Chinese cities is a bright and interesting sight.

Do not forget that the symbol of this year, the Wooden Goat (Sheep), enters its legal rights on February 19 in Chinese New Year. Good luck and don’t forget to press the buttons and