Главная » The calendar » August 14 — the beginning of the Assumption fasting

August 14 — the beginning of the Assumption fasting

August 14 of the year — the beginning of the assumption post 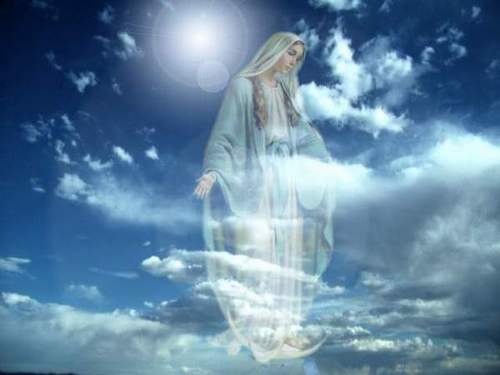 The time of the Assumption Lent was very important for believing Christians. From our article you will learn how not to miss this time, and what to do to spend it pleasing to God.

The Uspensky Fast will begin on August 14 and will last for only a short time, until August 27. Fasting is timed to the feast of the Assumption of the Virgin. He is the third of the most important posts, turning out to be also the shortest.

In addition to him, the church knows still strict Lent, Peter the Fast and Christmas Fast.

Since this time of abstinence is associated with the last days of the earthly life of the Most Holy Theotokos, this post is sometimes called the Mother of God. As the legend goes, after the Ascension of Jesus Christ, the Most Pure Virgin Mary lived for about ten years, preaching faith in the true God. She told about the earthly life of her Son, Jesus Christ, doing a lot, including for the prosperity of the Church.

The angel Gabriel came to her with the news that soon she would have to move to eternal Heavenly life.

Thus, the Virgin was ready in advance for reunification with her Son. All the apostles, by divine command and at the request of the Virgin Mary herself, came together from different parts of the world to bid her farewell to her.

In terms of food restriction, the Assumption Fast is just as strict as Lent. During this period, it is prohibited to consume meat and any dairy or fermented milk products, including even cheeses. In addition, believers refuse eggs and fish. Fish is allowed only on the feast of the Transfiguration, which is celebrated on August 19.

On weekends, it is allowed to consume small quantities of wine. These are the most basic rules for feeding the Assumption Lent, which must be followed.

Sometimes the Assumption Fast is called Spas, because it opens with the Honey Spas holiday, and also includes the Day of the Apple Savior. After the feast of the Assumption of the Virgin, there is a day of the festivity, which is called the Walnut or the Bread Savior. Due to this, the Post received such a second name.

In addition to food abstinence, as in any other Fast, these days it is very important to act and think based only on good principles and not having evil intentions. Remember that fasting is a kind of spiritual cleansing, and abstaining from food is something that helps to give up earthly blessings and temptations in order to strive for spiritual enlightenment. Therefore, it is very important to pray during this period.

Even being in the house, not in the church. Prayers must be read upon waking, before any meal and before bedtime.

As mentioned above, the Assumption Post is associated with the three Spas, therefore, in part, it turns out to be festive. We wish you spiritual exploits, and don’t forget to press the buttons and