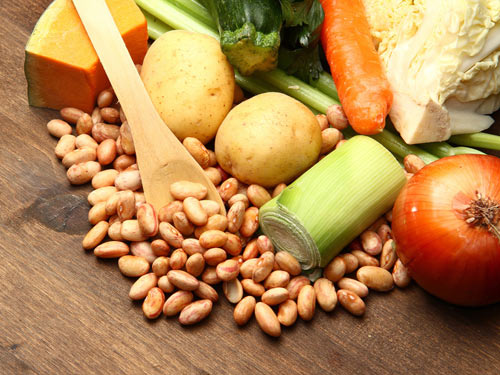 Fasting is an important time in the life of a believer. This is a way to test the strength of your spirit and faith. While fasting, one must strictly observe church traditions.

All you need to know about food in the Assumption post you will find in the calendar of meals by day.

August 14th of the year — the first day of fasting coincides with the Savior. In the churches illuminate honey. Despite the strict abstinence, believers lay a table on which there are honey and poppy delicacies (the second name of the Savior — Poppy).

Nuts, raisins, cocoa, coffee, cinnamon and ginger are added to the lean dough.

The most delicious and favorite treat in Honey Spas was considered poppy milk — an unusual sauce that was dipped in pancakes and buns.

The recipe is simple: poppy seeds were poured with boiling water and left for 3-4 hours, then ground into a pulp and honey and water were added so that the poppy milk remained thick.

August 19th year — The Transfiguration of the Lord or the Apple Savior. The holiday has always been widely celebrated by Orthodox believers. On the day of the Savior were allowed to eat fish and vegetable oil.

In the smallest quantities wine was allowed: Cahors, acquired in the church.

The Apple Savior in the churches covered the fruits of the new crop. Most often these were apples, from which they were preparing treats for the festive table.

On the second Savior you can treat yourself and your loved ones with a simple apple dessert. To do this, you will need: apples, honey, raisins, cinnamon and powdered sugar. In the apple you need to cut a groove in which to add raisins, honey, and cinnamon on the tip of a knife. After baking the apple in the oven for 10 minutes.

Sweet delicacy can be sprinkled with powdered sugar. In the recipe, you can add nuts or cocoa to taste.

Until August 19, the church recommends refraining from eating apples and grapes.

August 28th of the year — the feast of the Assumption of the Blessed Virgin. Significant Orthodox holiday falls on Friday. Fridays are allowed to eat fish.

The talk at the end of the post is postponed to the next day.

Food, both spiritual and physical, is important to humans. Food energizes, gives strength physical and spiritual, so the choice of dishes should be approached wisely.

Monday, Wednesday and Friday — in the food calendar these are the strictest days of fasting — the days of lack of food. Only bread, vegetables and fruits can be eaten. Prohibited any hot food and heated drink. The “dry” days of fasting believers try to spend alone and not to disturb abstinence.

You can make a cold vegetable soup, which many will like: grate cucumbers on a grater, chop the tomatoes. Add greens: parsley, dill, green onions. Then pour the mixture with a small amount of water.

You can add a little soaked buckwheat or pearl barley.

In the days of dry eating, traditionally they prepared more salads, beneficial to the body and pleasant to the taste. For example, salad with wild garlic: finely chop the radish, wild garlic and greens, salt to taste. You will need an avocado, ground in a blender or grated.

From it will turn out refueling, which will replace the oil.

Tuesday Thursday — Fasting can cook hot food, but without oil. On this day, cook lean soups and cereals.

Here is a simple recipe for a lean and tasty onion soup: large chop 5 onions and 500 grams of white cabbage. One medium-sized carrot grate a large grater.

In a deep saucepan, stew the onions so that it acquires a golden hue. Add cabbage and add water. Boil water and add grated carrots, bay leaf, salt and pepper.

Boil 15 minutes, then let the soup brew for 5 minutes. Serve sprinkled with herbs. You can squeeze a little lemon juice in a bowl of soup.

Saturday and Sunday — days when believers can afford hot food with a small amount of vegetable or butter. Also allowed Cahors — wine, lit in the church.

In the unstrict days of fasting, you can make a charlotte, or you can bake a pie with apples according to the following recipe: mix two glasses of flour with three quarters of a glass of vegetable oil. Salt and add water. Knead the dough and put in the refrigerator for an hour, divided into two parts.

Washed apples cut and mix with honey and cinnamon.

Roll out the dough, and lay on the bottom of the baking dish, stretch the edges so that you can bend them later. Then add the apple stuffing with honey and cover with the second part of the rolled dough. Zalepite edge.

Make a hole in the middle of the cake to let the steam come out during cooking.

Grease the cake with butter and sprinkle with sugar (or grease with honey). Bake in the oven for 40 minutes.

Those who are going to fast for the first time allow indulgences. The first post can be made not so strict. Discuss with your spiritual mentor your feasible measure. In Christianity, this is not considered a sin, but rather is welcome, because fasting should not be harmful to health.

For the first time, you will be able to prepare, to conduct a not strict post, so that later you can fast according to the canon.

By observing the fast you can improve your physical and mental state and become closer to God. When you endure hardship and hardship, you strengthen your faith and become free from all that is negative and sinful. We wish you good luck and do not forget to press the buttons and

2018-11-29
admin
Предыдущий Make-up removal: what is it and how to do the procedure correctly?
Следующий Vasilisa Volodina’s horoscope for the week of October 9-15