Главная » The calendar » As the numbers Old New Year

As the numbers Old New Year

As the numbers Old New Year 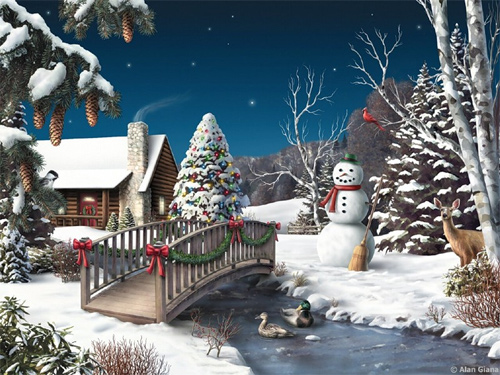 we are waiting for a whole series of holidays, and it will end only in mid-January. 7 days after the Great Nativity of Christ, we will celebrate Old New Year.

Despite the fact that the long-awaited New Year’s Eve has already passed, the holidays have not yet ended. On the night of January 13-14, we will meet Old New Year. This event can really be called special, because it is on this day that we finally see off the outgoing year.

The tradition to see off the Old Year appeared in Russia in 1918, but now other countries are happy to celebrate this holiday. Of course, this event is celebrated with the smallest scale than the New Year, and no extra weekend is expected. However, the charm of this holiday lies primarily in its unusual, because on this day we will be able to once again plunge into the New Year’s atmosphere and finally say goodbye to the previous patron — Fiery Rooster.

Old New Year we will celebrate on Sunday, January 14th, but most people start celebrating this event on the evening of the 13th. It cannot be said that this holiday is just a formality, because it is necessary not only to adequately celebrate the New Year, but also to spend the outgoing one. There are many traditions, customs and signs, and on this day it is simply necessary to follow them.

As on other holidays, on the Old New Year, it is customary to congratulate your friends and relatives, especially those you forgot to congratulate on New Year’s Eve. Every year the popularity of this event is only growing, and on this day you have the opportunity to attend many events, be with your family and just spend the outgoing year again.

In Russia, this holiday appeared in 1918, when the Gregorian calendar finally came to replace the Julian calendar. Since then, we have not only celebrated this unusual event ourselves, but also shared this good tradition with other countries.

Traditions and customs of the Old New Year

Since ancient times, the eve of the Old New Year has been called «generous.» From the evening of January 13, each house was filled with guests, and on the table was a huge abundance of dishes. It was believed that if you spend the outgoing year in full, then throughout the new year there will be no need for money.

On the “generous” evening, each hostess cooked pork. In ancient times, the pig meat symbolized wealth. Many believed that it was thanks to this dish that this year there would be a good harvest and fertile land.

Believers who kept the Christmas fast can celebrate a holiday at this time without restricting themselves to eating. After all, by this time the period of Advent is already over, which means it’s time to pamper yourself with delicious dishes that have been banned for so long.

The evening of January 13 was called generous not only because of the meal, but also because on this day it is customary to engage in charity, to give gifts and at the same time accompany your gifts with good wishes. It is necessary to visit all of your loved ones or invite them to your home, but at the same time you should have a rich table, and at the end of the evening do not forget to please the guests with an unexpected surprise.

One of the old and interesting traditions of this holiday was called ovsen. The oldest woman in the house woke up at two o’clock in the morning and got out the cereal. The owner brought a bucket of spring water, with the help of which porridge should be cooked. While the furnace was melting, the cereal was poured with water and sent to prepare.

After the dish is ready, it was taken out of the oven and looked at its color and even its consistency. If the porridge was red and looked appetizing, it means that this year they were waiting for a good harvest. In this case, all the households had breakfast with her. If the grains were undercooked, and the croup itself was black or white, it was a sign that poverty and hard times awaited the family.

To avoid this, porridge was carried away and thrown into the river, thus getting rid of unhappiness.

No wonder people call Old New Year a special holiday. After all, this day you can finally say goodbye to the past and spend the outgoing year. Thanks to the comic horoscope you can find out how different representatives of the zodiac circle celebrate this day. Experts site dailyhoro. ru wish you happiness and success in the New Year, and don’t forget to press the buttons and