Главная » The calendar » Akshaya Tritya April 18: the strongest and most auspicious day 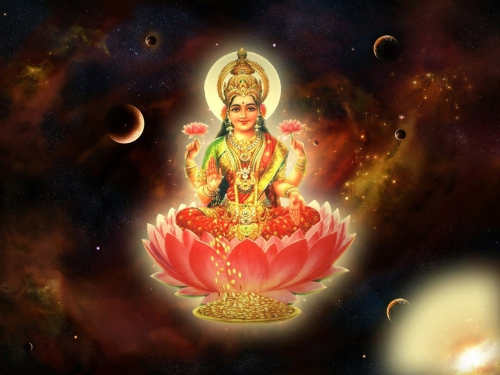 Akshaya Tritya is one of the most extraordinary days. Do not miss the opportunity to get rid of all the problems and make room in your life for all that is beautiful and sublime.

By analyzing the lunar maps and the varg, one can read the features of the day of Akshai Triti, the strongest and most favorable day in terms of bioenergy. It is on this day that the Moon and the Sun give a huge charge of positive energy, which manifests itself as strongly as possible. In our article you will find useful information for this period, which presents a chance to improve your own life, using favorable astrological influences.

What does Akshaya Tritya mean

The word «Akshay» translates as «invincible, immortal, eternal, indestructible.» «Trity» — the third lunar day, which is most favorable for all undertakings. As a result, on April 18 we get the most successful period in which any decision made is doomed to success, and the results of the undertakings will in any case be positive, long-term and solid.

According to the Vedic calendar, the astrological influence of the Sun and the Moon can change the fate of man. It is their impact on April 18 that will give every person luck, inspiration and strength for change.

Akshaya Tritya is a very strong lunar day from an energetic point of view. It is celebrated when the Sun is in the Sign of Aries, and the Moon is in the Sign of Taurus. But the most important fact is that this event should be timed to the third lunar day, as it will be on April 18th.

Such an astrological event happens only once a year.

The fact is that the Sign of Aries is responsible for the strength of spirit, success in life, courage and a set of favorable-successful outcomes of certain events. The sign of Taurus, in turn, is a symbol of good luck, abundance, pressure, stability. If we start talking about the character of a person from a psychological point of view, then this interconnection of the luminaries promises to all the strengthening of ambition, dedication, but at the same time a war without a fight, without unnecessary attempts to win.

The stay of the Moon in Taurus and the Sun in Aries from the point of view of Vedic astrology symbolizes softer ways of achieving the goal, which will be simultaneously supported by strength and courage.

The combination of lunar and solar influence symbolizes the highest strength and invincibility in front of any difficulties in life. This day is considered the strongest and most favorable for all who are trying or want to change their lives.

According to the lunar calendar, the most auspicious day, called Akshaya Tritya, will come on April 18, on Wednesday, at 06:54 and will continue until April 19, until 07:27 Moscow time.

The date of this event changes annually, only the period that falls on the March-June period remains unchanged. It all depends on the location of the Sun and the Moon in the starry sky.

The sun, being in the constellation Aries, charges the third lunar day with auspicious energy. Often, people themselves notice that at this time they become more active and self-confident, they know exactly what they want from life and how to achieve it. It is important April 18 and the impact of Mercury. This planet is at the very minimum distance from the Sun, which means that it receives a greater positive charge, which subsequently spreads to the material sphere and intellect.

That is why astrologers advise to solve all important financial issues and intensively conduct business related to career and business.

It should be said about Venus, which during this period will be located in the 2nd and 7th houses. This planet is responsible for the sensitivity, emotions and love sphere of life. On the day of Akshai Tritya, its influence on a person will be strengthened several times, which means this day will be the most significant and successful for solving love issues.

Akshaya Tritya can rightfully be considered the strongest point. This day carries the energy of success absolutely in any field. However, it should not be forgotten that the consequences of the decisions taken will be different for everyone.

For each person, Akshay Tritya will present the best opportunities for spiritual growth and life change for the better. We wish you a great mood, success in everything and don’t forget to press the buttons and