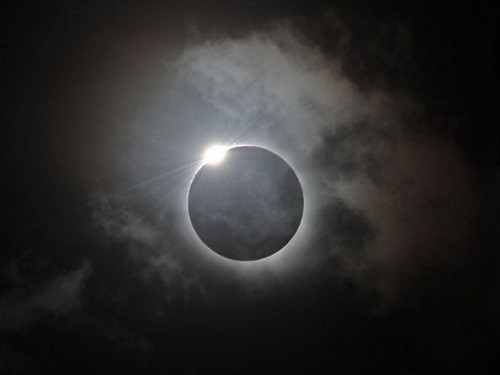 In September, an energetic full moon awaits us. Psychics warn: you can expect anything. Of course, no need to panic.

But to learn about the full moon on September 28 is better as much as possible.

The life rhythms on Earth are not constant: different luminaries have influenced us from birth. How often do we get acquainted with a person, we determine his character by the Sign of the Zodiac, and then we are surprised by coincidences. This is because the constellations to some extent determine our original data.

What to say about the moon. It is much closer, and the energy of the moon affects our every day, and in a global sense — in ebb and flow, and individually — in the fluctuations of the vital energy of any person.

Risk factors associated with the full moon of September 28

In at once several factors disturbed psychics and specialists in the field of astrology. First, the Full Moon in the constellation Aries is a phenomenon in itself, promising problems. A surge of negative traits inherent in this Zodiac Sign can bestow impulsiveness or stubbornness at the most inappropriate moment.

The second important phenomenon is the lunar eclipse. This means that at some point the active influx of the energy of the moon will be replaced by a critical recession, and then the moon will fill up to the brim with its energy all life. This can turn into serious problems. Psychics warn of possible flooding in risk areas and the likelihood of natural disasters.

The situation in the “hot spots” can worsen.

Finally, the last important event with which the present full moon is connected is the four Blood Moons. Read about this astronomical phenomenon, but do not be intimidated before the time of the sinister name: after all, if we are warned about the risks — we are already half armed.

In order for this largely critical date to pass safely and not affect life in a negative way, it is necessary, first of all, not to be adjusted negatively. The bloody moon and other things, of course, sound creepy. But this can be treated differently, for example, to recall such an event and to go out on the balcony to admire, if the weather permits.

In moments of risk, a positive attitude helps not to attract negative thoughts and events, but, on the contrary, change life around for the better. The full moon does not necessarily carry a negative, but rather impermanence. Uncertainty is customary to be afraid of, but why not send bursts and recessions to your advantage?

During such periods, intuitive sense and extrasensory abilities become more acute, so that if you are interested in seance sessions or something similar, it is difficult to choose a more suitable day. But keep in mind the precautions and protection of your biofield. If you are not confident in your abilities, or soon there will be a responsible event, before which it is better not to risk it, do not joke with otherworldly forces.

Energy rhythms in the full moon can get lost, and the mood can change unpredictably. Therefore, the internal balance in such periods is very important. Even if you are skeptical of meditations, yoga and other teachings, try, the result may surprise you pleasantly, and at the same time change your life for the better. Attract good thoughts only good, use the predictions of astrologers and psychics to avoid unnecessary problems, and don’t forget to press the buttons and