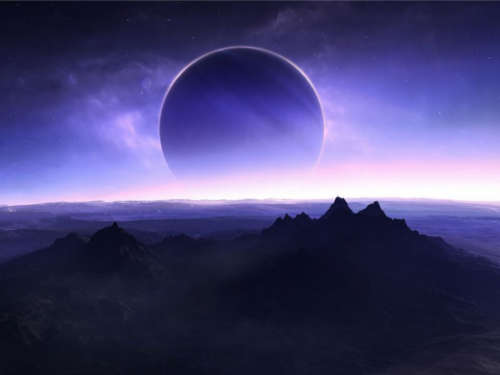 Any eclipse mysteriously affects human behavior, because it carries a mysterious force. Knowing this, you can neutralize its negative effect.

When will the lunar eclipse in March

Lunar eclipse will be March 23 of the year. It can be seen in East Asia, Australia, the Far East, East Siberia, in many places in North and South America. For the European part of Russia, a lunar eclipse is not available at this time. Nevertheless, his influence will be felt by everyone and everywhere.

Indeed, even if due to the position of the stars relative to our planet it will not be visible to the human eye, its action will be equally strong for everyone on Earth.

The eclipse will begin at 12:39 Moscow time and will come to its maximum phase by 14:47. It will be completed completely by 16:54, which means that the whole action will last for four hours.

What astrologers know about the lunar eclipse

From an astrological point of view, a lunar eclipse is the beginning of a day of change. Usually they mean the end of something significant, which means something new will begin. Thus, it will be possible to leave in the past all the unnecessary and interfering with the achievement of success, to start a new one with a clean slate, with full confidence in their abilities.

During the week before the lunar eclipse, try to solve all the problems and plan the actions for the next month, complete the projects started and, if possible, get rid of debts so that there are no obstacles to success. The opportunity to start a new life is not so often given, so try to prepare for the changes as much as possible. They will be in your favor.

Moreover, it will be possible to correct the mistakes made.

How will a lunar eclipse affect people

Astrologers advise you not to make serious decisions on this day if you are not sure about them, and to avoid conflicts. At the time of the eclipse, the moon will be located in the constellation Libra, and the sun in the constellation Aries. This situation combines the desire for balance and independence at the same time, while many may want to break and end the relationship that exists on this day.

A lot of things will seem very desirable and natural on this day, but in fact you may regret making spontaneous decisions. Emotions at such times are controlled worse, so try to be calmer and try not to win over someone, but to come to a compromise. This day will show how important it is to resolve conflicts peacefully.

Most likely, during the hours of a lunar eclipse, you will have a desire to make non-standard, interesting decisions.

Lunar eclipses have their own strength and energy, to the influence of which it is better to be always ready. I wish you all the best, use the energy of this astronomical phenomenon for yourself and your close ones and don’t forget to press the buttons and

2019-05-13
admin
Предыдущий Favorable days of the week according to the lunar calendar from February 29 to March 6
Следующий Natalia Pravdina: which phone number will bring you good luck