Lunar eclipse in February of the year 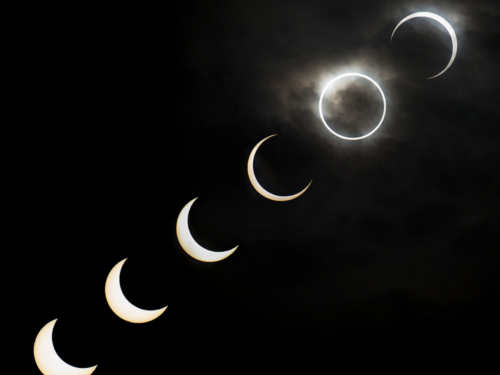 In February, we are waiting for the first lunar eclipse of the year. This event is very important from an astrological point of view, although astronomers point out that visibility will be bad.

A lunar eclipse is a process of casting the Earth’s shadow on the Moon. Due to the fact that the rays of the Sun will pass through the atmosphere, and then fall on the surface of the Moon, a prism effect may occur, because of which the Moon may turn orange, and in some cases even red. Psychics say that during a lunar eclipse, you can get rid of damage and the evil eye.

When will the first lunar eclipse

For the first time, the Earth will stand exactly between the Sun and the Moon on February 11. At about 3:40 Moscow time, the lunar disc shading will begin. It will be almost imperceptible to the ordinary observer from the Earth, because the eclipse will be a penumbral rather than a complete one.

You can clearly observe the eclipse through telescopes or with the naked eye in places far from the city. It will last about two hours, so the very moment of the beginning and end will be blurred. Seen shading the moon will be from almost anywhere in the world, except the Far East of Russia, Japan and Australia with Indonesia.

Astrologers and psychics about the first eclipse

As many know, the prerequisite of an eclipse is the Full Moon, for otherwise the shadow of the Earth will not be able to reach the Moon. February 11, the full moon will be in the constellation Leo. In the lunar calendar this is an extremely dangerous day from which you can expect anything.

The fact of the eclipse will add problems to the piggy bank on February 11. From the very dawn of astrology, experts believed that an eclipse of the moon was an unfavorable period. This opinion is widespread in our time.

Since the eclipse will be incomplete, most of the problems will bypass us, but it is not completely known which of them will be the most relevant.

Astrologers advise to pay attention to the spiritual life. It is believed that with the dark Moon come seduction, envy and desire for easy money. Prayer, meditation and solitude will help you avoid such temptations. Find the strength to repel any attack.

This will not be the time when you can safely go forward. Maximum caution on any front will be the best strategy for you.

An eclipse in Leo, according to the lunar calendar, is always a time of unpleasant surprises for each person. Let it be even some trivial trifle, but it still brings its share of negativity. In love, you will need to beware of desires to show your pride. In the monetary and business sphere, astrologers advise you to look for new friends and not get involved in conflicts.

In terms of health problems will wait only for those who misuse their resources — there is an opportunity to quickly burn out and get tired ahead of time.

Do not forget on February 11 that any eclipse exerts its negative impact a couple of days before its immediate start, as well as two more days after that. Be careful during this period and do not let emotions take over you. Your best friend will be common sense, which will help get out of difficult situations and save your strength for the future.

Cheer up by any means. Do any business, but do not go on the attack, until you are sure that the victory will definitely be yours. If you are not sure, it is better to wait for another convenient moment.

Let not February 11 scare you, but teach you something new and temper your fortitude. Successes to you, and do not forget to press buttons and

2019-05-14
admin
Предыдущий Calendar of favorable days of the week from January 4 to 10
Следующий Comic horoscope: the zodiac signs detract from others