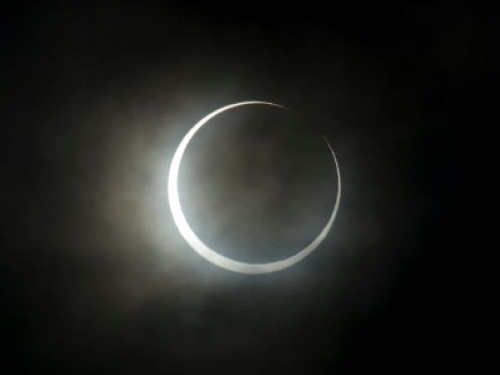 A lunar eclipse is a time when detractors can have a negative impact on a person. Learn how to avoid spoilage and get rid of negativity at this time.

According to practicing esoterics and psychics, September 16 is a unique day. On this day, two energetically strong phenomena are waiting for us at once: a full moon and a lunar eclipse. This day will open a unique opportunity to recognize the induced negative effects, such as damage and the evil eye, and get rid of them by sending back to the one who wished you evil.

What is the evil eye and damage

Corruption is a conscious invasion of another person’s energy field to harm him. The result of damage depends on the method of its guidance and the strength of the person who induced it: independent influence and appeal to the psychic practice gives a completely different result. While targeting spoilage, the ill-wisher influences the victim with the help of a thing or photo bearing a trace of energy.

The result of such an impact are troubles, monetary losses, various diseases and even death.

The evil eye is a lighter effect compared to damage. Such an impact on the energy sector does not require special rites and rituals and can sometimes occur unknowingly. For example, you may get angry at a colleague who has a stronger energy field.

How to recognize and remove the negative impact

Damage and evil eye can be induced in different ways, but they always appear about the same: acute physical discomfort, loss of joy in life, sharply jumping mood and nightmarish dreams, in which, as a rule, you are tied up or thrown into a deep hole. In addition, there are several proven ways to recognize the evil eye.

If you have pets, in particular, cats, then by their behavior you can easily determine the presence of even the most serious negative message — damage to death. If something is wrong with your energy field, the behavior of the animal will clearly tell you about it: the cat will start to avoid you, hiss when you try to pick it up and act restlessly.

How to remove damage

As in any business, in matters of removing the negative impact it is better to trust a professional. But it happens that there is simply no such possibility, and then the power of the full moon and the lunar eclipse will help restore its energy.

You will need a wax candle, some dried wormwood and water. First you need to be left all alone: ​​if someone from your family interrupts you while you are removing the negative, it is likely that your negative will go to him. To get rid of the negative, any time will do: choose the one that you like best.

It is necessary to light a sprig of wormwood and, inhaling its smoke, to imagine how the negative impact dissipates in the air. Wormwood refers to herbs that affect the human subtle body. Smoke from burning wormwood is able to clean the aura, saving it from energy breakdowns. After the wormwood burns, open the window and wait until the remaining smoke disappears.

As the smoke erodes, close your eyes and breathe deeply, watching the images that appear in your thoughts.

After that, light a candle and drip wax into a bowl of water, following the shape that drops of wax are taking. It is very important to take a wax candle! If you drip paraffin into the water, you run the risk of severe burns as hot paraffin explodes when in contact with water. While the drops of wax fall into the water, imagine how the negative burns and falls into the water along with the wax.

Do this until you feel it is time to finish. After that, leave the candle to burn out, having said to the fire: “All the bad fire burns, sent to me back returns, everything sent and the sick disappears without a trace!”

When the candle burns out, you can go to bed. In a dream, you may dream your adversary in a candle flame — this image will mean that the negative is fully returned to the sender.

We wish you never be adversely affected, good luck, and don’t forget to press the buttons and