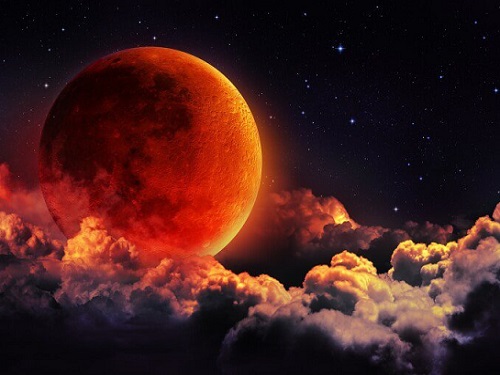 The first eclipse will be on February 11th. This will be the eclipse of the Full Moon. What to expect and whether to fear the sudden problems — tell astrologers and astronomers.

What will be the eclipse. The eclipse of the moon on February 11th will be a penumbral. This means that the moon will not disappear completely from the sky and will not darken, but only slightly change its brightness.

When exactly will the eclipse. The eclipse will begin on February 11 at 01:34, reach its maximum at 03:43, and end at 05:53 (the calculation is effected in Moscow time, so if you are in a different time zone, add or subtract the required number of hours).

Can you see this eclipse. The eclipse of the moon on February 11 will be available to many: its range will spread to Europe and Asia, Africa, North America and South. In Russia, the eclipse will not be visible only from the territory of the Far East.

True, the penumbra eclipse is not as spectacular as the shadow.

The lunar eclipse on February 11 will be held in the Leo Zodiac. Thus, the darkened Moon confronts the Sun in Aquarius: the Moon and the Lion will be emotional, personal, and the Sun and Aquarius — to the collective and reasonable. Despite the opposition of the Sun-Moon and Leo-Aquarius, astrologers consider this position of the heavenly bodies favorable.

Especially if you correctly build the next few days.

The lunar eclipse will coincide with the Full Moon. The full moon will greatly enhance the influence of the zodiac Leo, which will not diminish even during an eclipse. Ambition, the desire to show oneself, stand out, to some extent even entertain the ego, will come to the fore.

On such days as February 11, it’s good to increase self-esteem and impress others: you will demonstrate your qualities that can be safely considered as your strengths. An excellent chance for performances, in order to appear before the eyes of the public, to declare themselves.

On the other hand, the influence of Aquarius will require you to interact with others, and they will not always want to become retinue for the King of Beasts. What to do to keep the day not clouded by conflicts? First of all, think about how you will spend the next day after the eclipse.

It is better not to cross with unpleasant people. If the meeting can not be avoided, do not strive for conflicts or quarrels. Focusing on yourself, try to show your best side.

Actions and deeds you prove more than words. With close and dear people, astrologers advise to be more attentive.

It is important to remember that the lunar eclipse of February 11th coincides with the Full Moon. Energy at the peak, at such a time, you can deal with a case that seemed to you difficult and even impracticable, as well as to emerge victorious from the predicament. But you should not create new problems or obstacles for yourself, since, having received the charge of the Full Moon, they can grow to a significant scale.

The moon on this night contributes to the awakening of creative and creative energy, so that in the morning of the 11th many may wake up with new ideas or bold decisions. You should definitely remember and interpret the dream that you had on the night of February 10/11: it will most likely turn out to be prophetic.

After an eclipse it is much easier to leave unpleasant memories, heavy thoughts, bad habits or other negative events and emotions in the past. The phase of the moon favors this: after the Full Moon, it begins to decrease, and on the aging Moon they traditionally get rid of any negative.

Summarizing the astrological predictions and expectations of astrologers, we can say that we all have a promising day in which we can change our destiny, get rid of the negative, or hold a couple of suitable rituals on the occasion. For example, the monetary rite of passage to the lunar eclipse is recommended by the psychic Regina Fedorenko.

We wish you good luck. Keep track of the state of the moon on the lunar calendar, do not miss the lunar eclipse of February 11, and don’t forget to press the buttons and