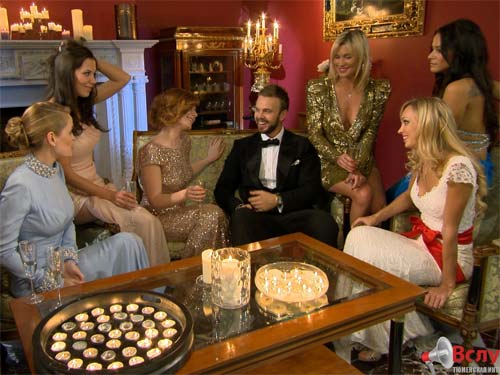 The season 2 show «Bachelor». Millionaire and former husband of Anna Sedokova Maxim Chernyavsky became the hero of the program. The bachelor has a difficult task ahead — he has to choose the one and only girl who will eventually become his wife.

Astrologers tried to help the bachelor and compiled Maxim Chernyavsky’s love horoscope of compatibility with the most prominent participants of the show “Bachelor” 2, which attracted the particular attention of the hero.

Maxim Chernyavsky was born under the sign of Virgo. It should be noted that the men of this constellation are very demanding when choosing a life partner, so the girls will have to try hard to win his heart. So, which of the participants, according to the compatibility horoscope, suits Maxim Chernyavsky most?

Yana Saratovtseva — the girl at first glance was able to charm the bachelor Maxim Chernyavsky. On a horoscope she is Taurus. According to astrology, the compatibility of Virgo and Taurus is quite successful.

Both people share the same outlook on life and will be faithful to each other under any circumstances. However, astrologers argue that such a union is best concluded at a more mature age, when a man and a woman already have life experience.

Julianna Ilyina born under the constellation Leo, and this explains the fact that the girl on the first date with a bachelor Maxim Chernyavsky received a rose of first impression. The woman Leo is very feminine and graceful, but at the same time domineering and jealous. The love compatibility of Leo and Virgo is not the most successful, since everyone in this union will demand heightened attention without giving anything in return.

Polina Subbotina on the horoscope Sagittarius. Alas, this zodiac sign is incompatible with the Virgin. The confirmation of this is the broken marriage of Maxim Chernyavsky with Anna Sedokova, who was also born under the sign of Sagittarius.

Natalia Dolgopolova on the sign of the zodiac Pisces. According to the compatibility horoscope, Virgo and Pisces are a great union, in which the partners will never get bored with partners. Virgo will each time learn new four characters of Pisces, and Pisces will give Virgos what they lack — care, support and attention.

Christina Podgurskaya — Another bright participant in the show «Bachelor» season 2. Born girl under the constellation of Aquarius. The union of the Virgin and Aquarius can be very strong and long.

Between lovers there will be not only physical attraction, but also a spiritual connection.

Alena Pavlova born under the constellation Virgo. According to the love compatibility of the signs of the zodiac, the union of Virgo and Virgo is very favorable for serious relationships and the creation of a family. Maxim and Alena will be able to quickly find a common language.

In marriage, they are waited by stability, trust, a full house of children and the joy of each minute spent together.

According to the compatibility horoscope, the bachelor Maxim Chernyavsky is best suited for three girls — Anna Pavlova, Natalya Dolgopolova and Kristina Podgurskaya. Whom the hero of the show will choose, we will find out very soon! Watch the show «Bach» 2 on TNT, cheer for the participants and do not forget to press and