Horoscope professions: who were you in a past life

Horoscope professions: who were you in a past life 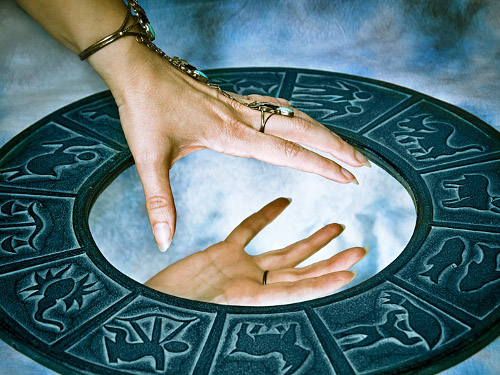 The horoscope of professions allows you to learn about what we did in our past incarnations. Very often, the profession is determined by what we did in a past life. Our previous reincarnation leaves a deep imprint on our present character, abilities and talents.

Horoscope professions by date of birth

The teacher (January 1 — January 31, and July 1 — July 31). In the past, these people could be teachers. It was also deposited on the present: they want to teach someone, pass on their experience and knowledge and indicate how to do it.

They are sure that they know better than others how to act correctly.

Actor (February 1 — February 29, and September 1 — September 17). People born during these periods, the horoscope of professions indicates a talent for acting. They also adopted this talent in their present incarnation.

They do not have to work in the theater and act in films — they are actors in life. Very often, everyone dramatizes and deliberately makes a performance out of their lives.

Alchemist (March 1 — March 15, and December 1 — December 30). These people from their past life got the opportunity to become talented scientists and researchers in the present incarnation. They have the original and thinking and willpower.

The Innkeeper (March 16 — March 31, and May 1 — May 31). These people love to eat well. This was conveyed to them from the past life, because according to the horoscope of the professions, they were innkeepers.

Those born during these periods often suffer from excess weight, but cannot get rid of it. Very often the reason for this lies in the past.

Judge (April 1 and August 1). Those born these days follow the laws unconditionally and do not tolerate when someone breaks them. They divide the world only into “black” and “white”, they are often unemotional and principled in their convictions.

Dancer (April 16 — April 30, and November 1 — November 30). Charisma, artistry and a sense of rhythm — this is what people who were born during these periods from their past incarnations received. In this life, it is often difficult for them to express their feelings and emotions in words.

They are revealed as personalities only in creativity and movement.

Silver miner (June 1 and December 31). People born on these days, in past lives, worked in the mines, which is why in this life it is difficult for them to endure stuffy and cramped rooms. But in the dark, they are well oriented.

They have a lot of fears left from the previous transformation. The horoscope of professions recommends that they wear silver jewelry as a talisman.

The ruler (June 2 — June 30, and October 13 — October 31). Those born during these periods took over from their past incarnations an imperious character. Sometimes they think that everything is allowed to them.

Sometimes they are too aggressive, capricious and stubborn.

Warrior (August 2 — August 31, and October 1 — October 12). These are performers. They will perfectly do the work assigned to them, but it is difficult for them to make decisions.

They are selfless, generous and brave.

The horoscope of professions by date of birth reveals the essence of a person more deeply and makes it possible to look at themselves from the outside and understand the reason for many events in life. Good luck and don’t forget to press the buttons and

2019-01-21
admin
Предыдущий Anapa Vityazevo Airport: how to get there, Tourist Information
Следующий How to choose a real ketchup