Horoscope of Vera Brezhnev: the singer’s heart is already taken

Horoscope of Vera Brezhnev: the singer’s heart is already taken 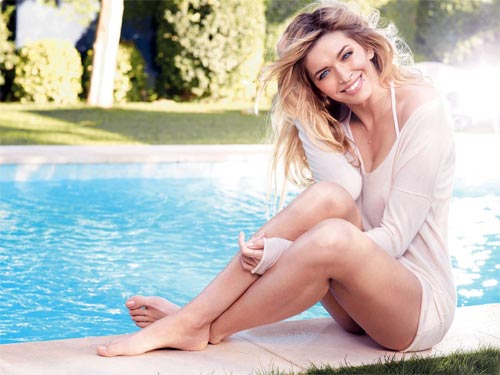 A year ago, Vera Brezhnev divorced her husband, Ukrainian oligarch Mikhail Kiperman. Since then, she lives alone and raises two children. But, as it turned out, her heart is not free.

What happens in the personal life of a popular singer, and what does her love horoscope say about a year?

More recently, Brezhnev attributed the affair with the director Marius Weisberg. They met on the set of the third part of the film “Love in the big city”. The couple was often seen together, walking by the handle in between filming. They were immediately dubbed lovers, because neither Vera nor Marius did not hide their feelings, and even with all they kissed.

In addition, on the birthday of the singer, Weisberg presented her with expensive jewelry.

However, the news about this novel Vera almost never commented. But in the end she said that she could not have anything serious with Marius. After filming, they remained friends.

Vera stressed that next to her she wants to see a man behind whom she will be like behind a stone wall.

It is worth recalling that the singer has two daughters who need male education and support. As it turned out, in Veisberg Vera Brezhnev could not see a man who could become her husband and father of her children.

Later, Vera said that her heart was occupied. She said that she was in love, and her feelings are mutual. But, unfortunately, the singer did not rush to reveal the secrets of her personal life and did not say who exactly occupied her heart. Brezhnev only added that this is not the one about whom the press writes.

Thus, she made it clear that this is not Marus Weisberg at all.

More recently, there were rumors that composer and producer Konstantin Meladze became a lover of Vera Brezhnev. At the competition “Children’s New Wave” they were often seen together. According to eyewitnesses, the couple behaved very carefully and tried not to attract attention.

They were seen late in the evening leaving in the same car. Did Vera start dating her former producer, with whom she worked, while still in Viagra?

It should be noted that Konstantin Meladze is divorcing his wife after 17 years of marriage. The reason for the divorce, he never said. This spawned a lot of talk. They began to attribute singer Polina Gagarina to mistress.

But she publicly stated that only working relations are connected with Meladze. Now in mistress Meladze prophesied Brezhnev.

What is really going on in the personal life of the Faith? The astrologers decided to look into this issue. They made a love horoscope for September of the year, from which it became clear that in the life of the singer is now a complete mess.

According to astrologers, she will hide her relationship with a man for a long time. And this initiative will go, first of all, from him. On the horoscope of Vera — Aquarius. The Aquarius love horoscope for this year promises to representatives of this zodiac sign a rich personal life and romantic feelings.

According to astrologers, the one whom Vera Brezhnev loves is a respected and influential person. That is why she still hides her novel.