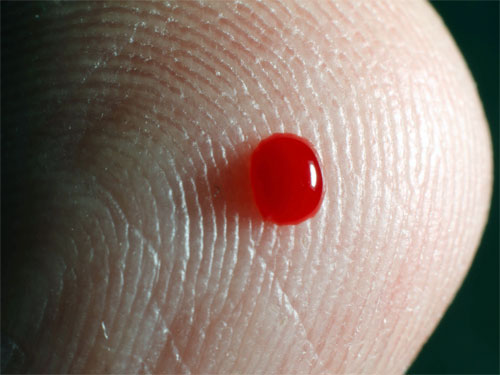 We all know that there are four blood types. Each group has its own properties that affect a person’s character, health, and relationships with other people. Four blood types are four types of human essence.

If you want to learn more about yourself and your inner world, identify the characteristics of your personality, identify your weaknesses and strengths of character and find out the compatibility of your blood type with your partner’s group, then this article is for you!

People with the first group of blood have a strong-willed character. These are people-winners, for whom it is common to always achieve their goal. The first group of blood gives people optimism, energy, sober mind, objectivity of thoughts and good communication skills. If you have this blood group, you are not one of the timid: you can always express your opinion, insist on your own and take the initiative.

In addition, you are rarely able to unbalance an unexpected situation. You always respond adequately to what is happening and do not give in to emotions in force majeure situations.

The first group of blood also gives people leadership and organizational skills. As a rule, such people lead an active lifestyle and avoid monotony and routine. They are looking for adrenaline and thrills, so they are often interested in extreme sports.

They easily make new acquaintances, they like to learn something new and learn.

The nature of people with the first group of blood has its drawbacks. First of all, they are very impulsive, hot-tempered, aggressive and rectilinear. They should not so vigorously express their emotions and sometimes restrain their ardent temper.

The first blood group is numerologically compatible in nature with all groups, but especially with the second and third groups.

People with the second blood group have a calm and balanced character. They are resistant to stress, not at all conflicting, dream of world peace. Their whole life is often aimed at stabilizing their well-being and creating harmony around themselves. People with the second group of blood have patience, business acumen, thrift, thrift and peacefulness.

Thanks to their natural calm, they can easily resolve any conflict. They themselves do not like to sort things out and strive for a peaceful resolution of any problem.

They are very caring and attentive to their close people, which often becomes the cause of internal stress. People of the second blood group are not able to really relax and relax, it often leads to loss of vital energy.

Their main disadvantages are excessive conservatism and stubbornness. In addition, they are quite secretive and vulnerable, which makes them very vulnerable. A good union can be obtained with the representatives of the first, second and third blood groups.

People with the third blood group have a very volatile nature. These are creative and gifted people. They love change and try to never sit back.

Their natural sociability allows them to quickly adapt to any conditions.

People with the third group of blood are prone to vivid emotions and the manifestation of feelings. Often, this character trait gives them many problems associated with relationships with others. These people love freedom and independence and, as a rule, devote their lives to what they like.

Their shortcomings are changeable mood, inconstancy and excessive daydreaming, although often their most intimate dreams come true. Such people have good compatibility with people of the first and fourth blood groups.

People of the fourth blood group collected in themselves many qualities of character from previous groups. They, like people with the first group, have organizational talent, leadership qualities and sociability. From the second group of blood they got diplomacy, poise and tact.

They inherited emotionality and sensitivity from representatives of the third group. It turns out a little controversial entity, within which the mind and feelings are constantly fighting. Representatives of this blood group can boast a well-developed intuition.

In addition, many of them have extrasensory abilities.

Their only drawback is indecision in decision making. Often they do not know what to do: as the mind commands them or as the heart says. Compatibility in their relations with people of the first blood group or with representatives of their group.

Japanese scientists have long proved the viability of their theory about the effect of blood groups on a person’s character, therefore, it’s necessary to believe that blood determines our essence. This information may be useful in many situations. It will help you better understand yourself, your desires and preferences, as well as point out the weaknesses of your character, by eradicating which you can achieve everything you want.