Ashton Kutcher and Mila Kunis will test their astrological compatibility

Ashton Kutcher and Mila Kunis will test their astrological compatibility 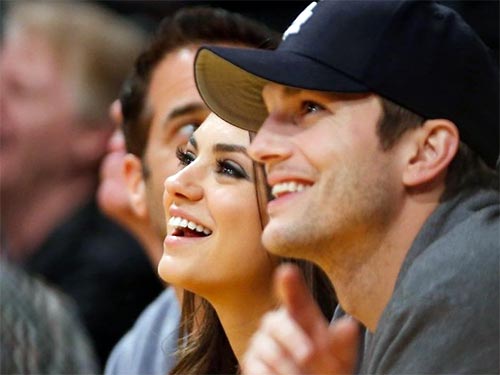 Ashton Kutcher and Mila Kunis are planning a honeymoon in space. Such a statement was made by an actor at a recent meeting with journalists in Los Angeles. Having survived the difficult parting with his ex-wife Demi Moore, Kutcher again yearns for new sensations and love, but now from her new passion — actress Mila Kunis.

The couple was planning to get married in the spring of this year, but because of the confusion with Ashton Kutcher’s divorce proceedings, the ceremony had to be postponed indefinitely. And now, when all litigation is over, Ashton is fully prepared for a new marriage. The actor claims that he does not doubt his choice at all and is confident that this marriage will be long and happy. But the superstitious Mila Kunis fears the prediction of the astrologer, which concerns their relationship.

The actress believes in the compatibility of their zodiac signs in marriage. According to astrologer’s warnings, they are not waiting for the sweetest life. After all, Mila Kunis is a conceited and powerful Leo, and Ashton Kutcher is a freedom-loving and independent Aquarius. An astrologer has compiled a bridal horoscope of compatibility for free, in honor of their upcoming marriage.

However, the bride did not like this gift at all, because according to the predictions of the astrologer, in family life with Ashton, only scandals, jealousy and misunderstanding are waiting for her. The compatibility of Aquarius and Leo is complex, but possible. Therefore, the forecast does not upset Ashton Kutcher.

According to him, he will take into account all the advice of an astrologer and will make his marriage the best and strongest.

And they will go to check their compatibility of the signs of the zodiac directly into space. Ashton Kutcher has long dreamed of spending a couple of weeks above the Earth and seeing the open Cosmos with his own eyes. And where, despite the conditions of stress, adrenaline and change, are true lovers’ feelings tested? This desire was supported by Kunis, and after the wedding ceremony they will immediately go to the cosmodrome.

Private space flights are not cheap. But Ashton can easily afford to spend a couple of millions, because after the divorce from Demi Moore, he was left with a fairly large amount of money. However, it is rumored that the actor did not spend a single cent on the purchase of tourist vouchers to Cosmos.

According to some sources, such a generous gift was presented to him by his longtime friend, billionaire Richard Branson, the owner of Virgin Galactic — a space travel agency.

After the honeymoon, the newlyweds plan to move to their own home in the suburbs of Los Angeles and continue to pursue a career. Many questions from journalists about the possibility of adding to their family Mila answers very dryly and briefly. From her words, it became obvious to all that while she was not ready to have children and become a mother.

Time will tell whether this issue will be a stumbling block in their relationship.