Divination on pins and needles by Alexander Sheps

Divination on pins and needles by Alexander Sheps 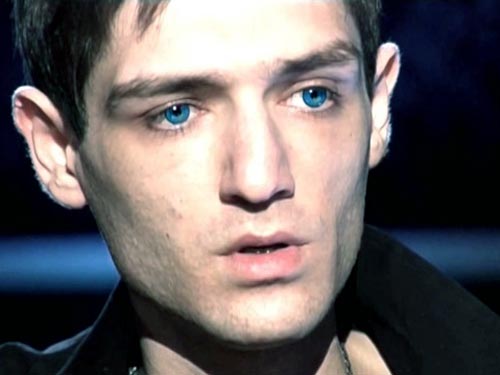 The Christmas holidays are approaching, and with them the Christmas week, during which both the old and the young try to find out their fate using the most varied methods of divination. On the eve of the upcoming celebrations, one of the most popular participants in the entire history of the TV project “The Battle of Psychics” medium Alexander Sheps shared with his fans one of his favorite methods of divination, which is carried out with the help of needles.

Such fortune-telling is known since ancient times and is called the accentuation, says Alexander Sheps in his blog to readers. Like any metal object, the needle is a conductor of bioenergy, and its ear lets in through the vortex magical flows. Rightly considering the needle to be an indispensable part of Western seances, we must not forget that else in the Ancient Russia, the so-called rites of communication with spirits were held.

For the first divination, you will need 13 sharp pins or needles, three of which need to be bent. Take needles in your hand, mark one for yourself and pour it in the middle of a blank paper sheet. Then mentally break the sheet into 5 equal parts: horizontally into two parts and vertically into three.

Needles that fall into the left side, talk about the past, to the right about the future. The middle is stability and tranquility.

Next, look at the needles by vertical breakdown — left top, left bottom, right top, right bottom, continues magician Alexander Sheps. The needle, which fell on the upper part of the sheet during divination, says that you will manage the circumstances, and the lower one — on the contrary, to obey. If your little needle hit the middle ground, mixed with others, then the year will be stable for you, albeit rather troublesome.

Moreover, note where the needle’s eye is turned. On the upper right side of the sheet? Then changes in life are possible, but not in this, but in the next year.

If the eye looks to the lower right side, then the changes, of course, will be, but they will occur for objective reasons beyond your control.

But the position of the needle in this fortune-telling on the left side of the sheet will tell you that changes in life, if they happen, will make you worry a lot, putting all your strength to their realization. Notice how others look at your needle. If your ears are turned, and they touch yours, then none of your close people will cause you any trouble. Even a pleasant surprise is possible.

But any curve of the needle should be wary, psychic Alexander Sheps gives his followers advice. It would be better if such a needle is located far away from you. Well, respectively, the curved needles on the left indicate problems in the recent past, and on the right in the coming year.

During the second fortune-telling, you need to smear two needles with oil, fat or cream and gently put on the surface of the water poured into a deep plate. One needle will symbolize you, the other — the person you are wondering. Now carefully consider what happened:

To different kinds of fortune telling can be treated quite differently. Someone believes in them, and some not so much, says Alexander Sheps. But anyway, like everything magical, they do not leave indifferent more than one person.

Particularly popular divination are now used by young and eccentric people. Although people at any age experience a period in their lives when there is a great desire to learn more about their future and be able to influence it. Continue to follow the tests of Alexander Sheps at the “Battle of Psychics” and do not forget to press and