Главная » Cooking » Yaroslavl region: where to go, what to try on

Yaroslavl region: where to go, what to try on

The Yaroslavl region, through which the famous Golden Ring of Russia runs, is ideal for a weekend trip.

We combine cultural pleasures with gastronomic pleasures and get a positive charge for the entire working week. 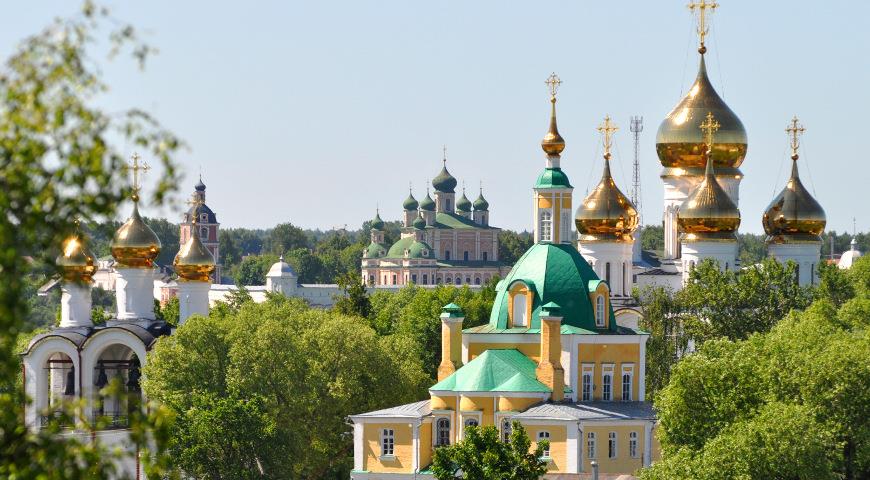 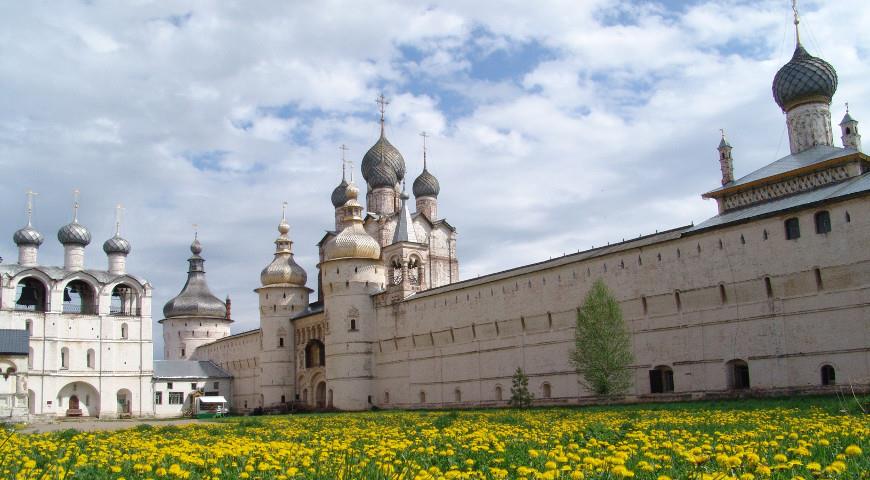 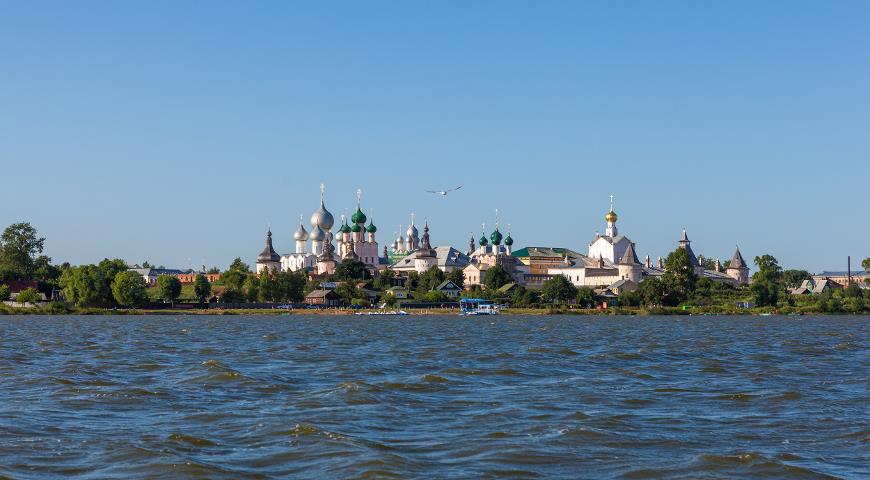 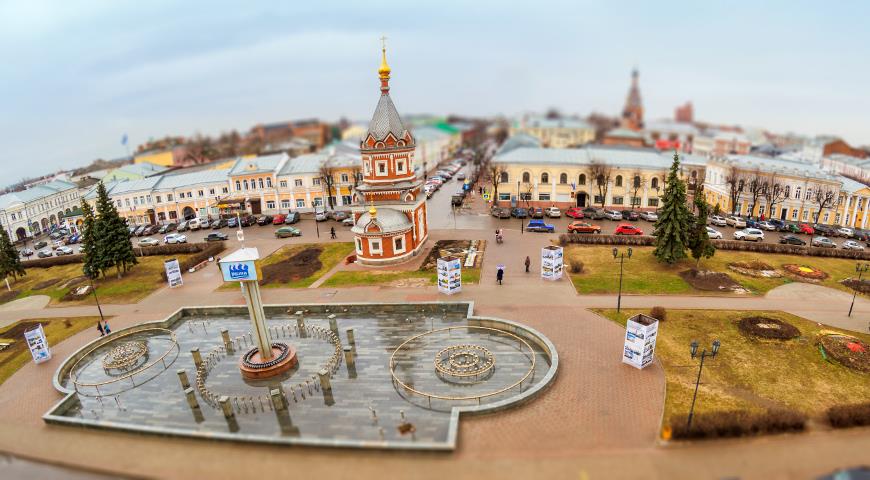 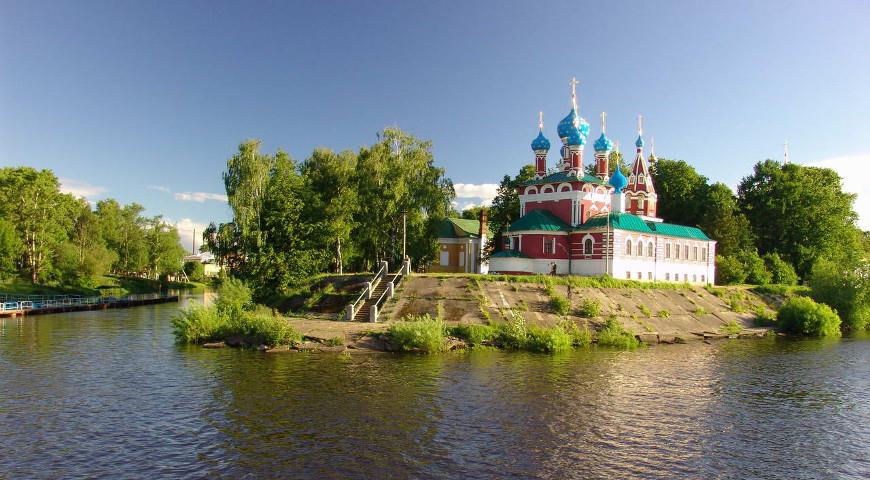 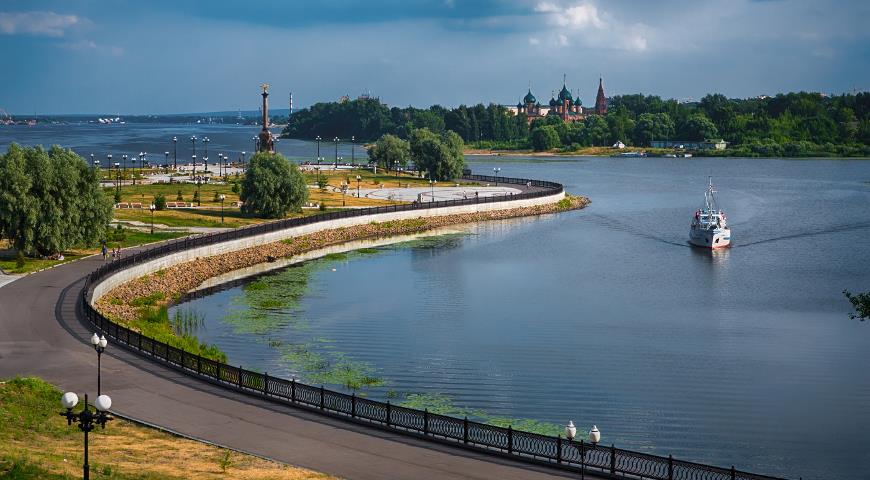 For two days off, you can quickly have a look around yourself. Yaroslavl, and on the way to him look into Pereslavl Zalessky and Rostov the Great.

If there is more time, it is worth staying longer in Yaroslavl and also dropping into the next Uglich and village Martynovo, which is a unique open-air museum. And if you set aside a few days for a trip, you must look at least for a few hours and to other ancient and very beautiful cities of the Yaroslavl region Rybinsk, Myshkin, Tutaev, Love, Gavrilov Yam, Danilov … 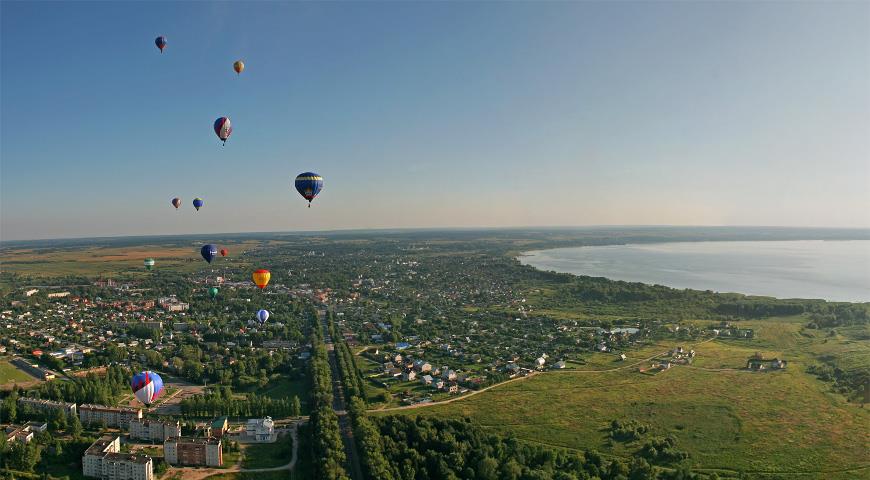 Rostov Kremlin, Lake Nero and Borisoglebsky Monastery in Rostov Veliky, white stone monasteries of Pereslavl-Zalessky, Spaso-Preobrazhensky and Tolgsky monasteries and the Tikhvin Cathedral in Yaroslavl — all this, of course, must see, as well as the largest museums.

However, in the Yaroslavl region a lot of not so large-scale, but no less interesting tourist places.

Museums of iron, kettle and steam locomotives in Pereslavl-Zalessky. The first two collected a lot of funny vintage teapots and irons, and caretakers are happy to talk about the most interesting exhibits. The beginning of the museum of locomotives, located near Pereslavl-Zalessky, in the village of Talitsy, gave a small private collection, today there are dozens of old locomotives, cars and retro cars under the open sky.

For a nominal fee — 150 rubles — anyone can ride on the trolley on the single-track.

«Russian Park» in Pereslavl-Zalessky. Since 2014, Russky Park has been operating on the outskirts of Pereslavl, a Russian small town with carved wooden towers and painted huts built in the traditions of ancient architecture.

On the park’s territory there are themed avenues (platbands, fairy tales, birdhouses, etc.), the Museum “What the Russians first invented in the world”, the Tea Museum, the Kvas Museum, the Petrushka Museum of Russian Fun, and the Proverbs and Sayings Museum, which will especially please children 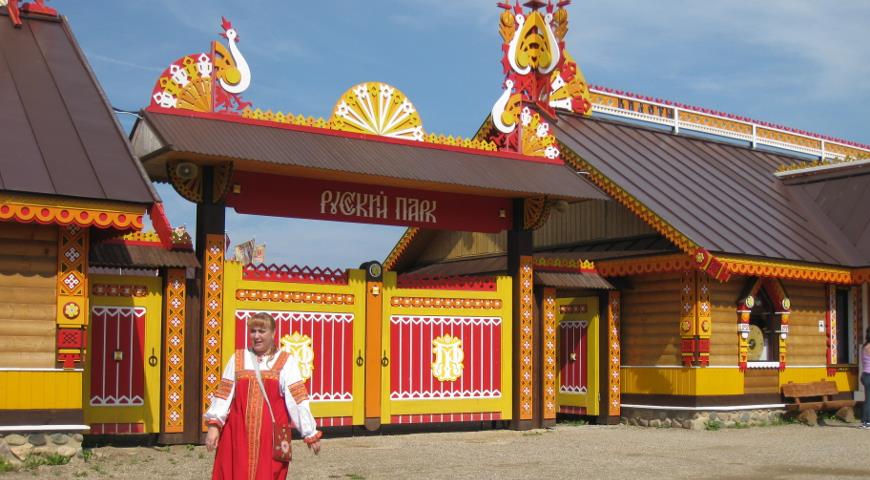 Museum «Music and Time» in Yaroslavl — The first private museum in the post-Soviet space. In a small mansion on the embankment are collected all kinds of bells, antique music boxes and street organs, gramophones, records, old clocks.

Museum of Katskari in the village Martynovo. The ethnographic museum of the Katskari is a whole complex of ancient huts of the late XIX — early XX centuries, in which some of the Katskari themselves still live. In the refectory hut there you can enjoy a dinner of a katskari peasant — from cabbage soup, stewed potatoes, baked milk, and the old pies — pies and naivukh — pancakes from a Russian stove.

The village of Martynovo itself is one of the few living villages in Russia that survived.

Museum «Russian boots» and the Mouse Museum in Myshkin.

Their small exposure causes wild delight in children and tenderness in adults.

Museum of the History of Russian Vodka in Uglich. The very first vodka museum in Russia is located in the homeland of the famous vodka king — Peter Arsenyevich Smirnov.

The price of the entrance ticket (140 rubles) includes tasting. Museum Finifty in Rostov the Great.

A unique museum, one of a kind in Russia, works at the factory. There are not only decorations in it, but also souvenirs, paintings and various interior objects, even icons made in the famous Rostov enamel technique.

Also in the museum you can see how the miniatures of the master are painted.

Smoked whitefish is depicted on the official emblem of Pereslavl-Zalessky. 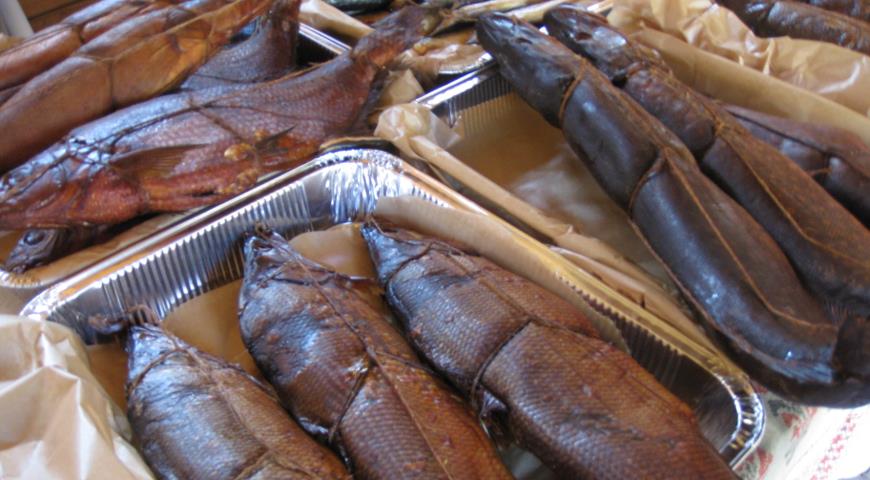 Of course, the Volga pike perch, or bersh, is found not only here.

But this fish can be found in the menu of almost every local restaurant, where they specialize in dishes prepared according to old recipes.

Smoked as well as stuffed pike perch is especially popular with tourists.

Borisoglebsky apiaries are famous for their beekeeping products.

No one knows exactly where the birthplace of this intoxicating drink is, but the Yaroslavl region is considered one of the main contenders for it. 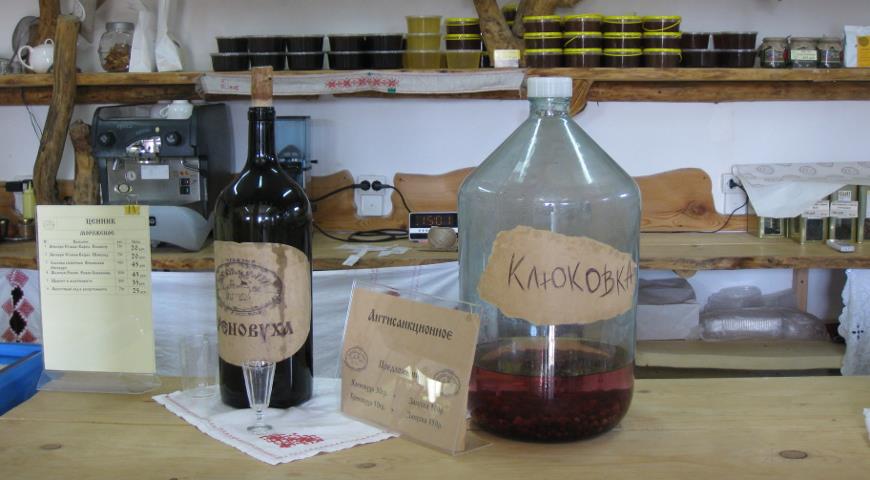 Local pastries and monastic bread. Several types of pies — sweet, with meat, with fish, and sometimes even with pickles are always present in the menu of restaurants and cafes.

Very tasty local bread can be bought in the shops at the monasteries — there it is often baked with pieces of dried fruit or vegetables, the pinkish, lean bread with the addition of beets is more original. 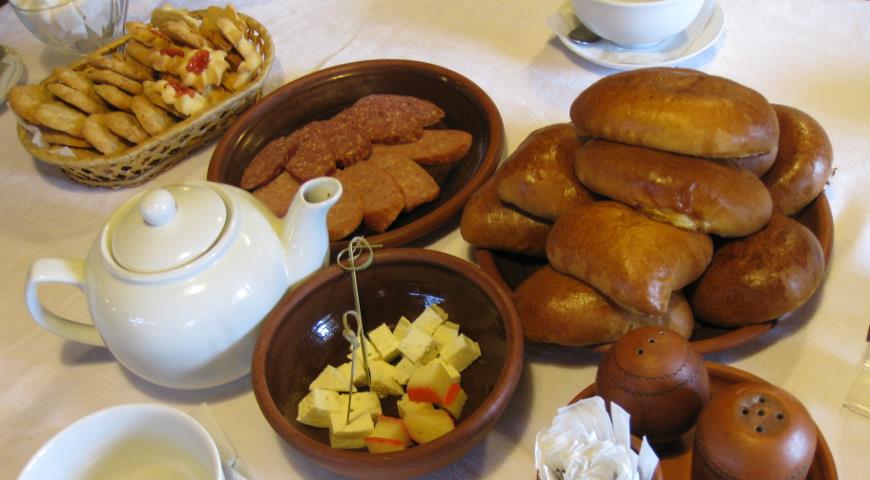 Local cheeses. In the Tsarist Empire, the Yaroslavl Province was the most cheese-producing region of the country, more than 300 cheese-producers worked here and a special breed of cows for cheese-making was developed — Yaroslavl.

One of the most interesting for tourists is the Maria Koval cheese factory, where craft cheeses are prepared, including seasoned, according to their own author’s recipes based on Italian, Dutch, French technologies.

Every week excursions are held at the cheese factory.

Kvass. The best place for tasting is the Kvass Museum, where there are more than a dozen different varieties of this drink.

Liked varieties can be bought. 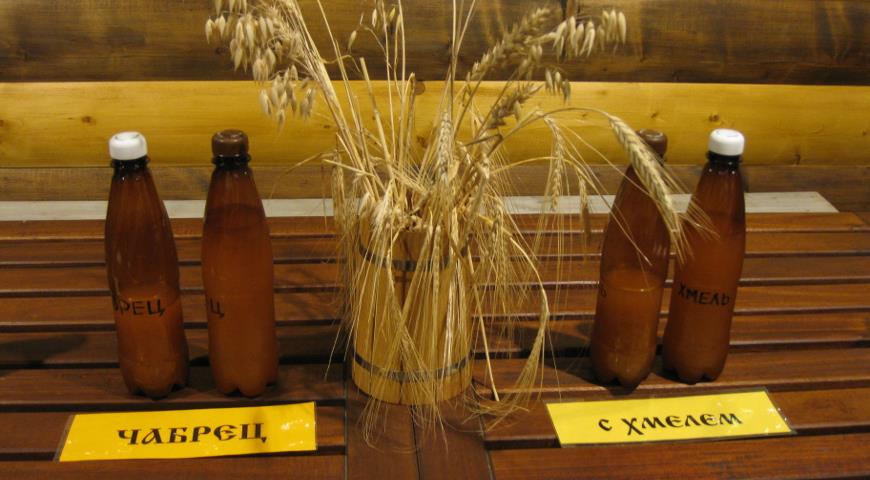 Those most famous, which in the Yaroslavl village of Vyatka, it was customary to salt not only with garlic and dill, as everywhere else, but also with pepper, oak and currant leaf.

You can also bring bells from Yaroslavl — they became popular souvenirs back in the days when craftsmen started to work in the city, casting bells for temples. 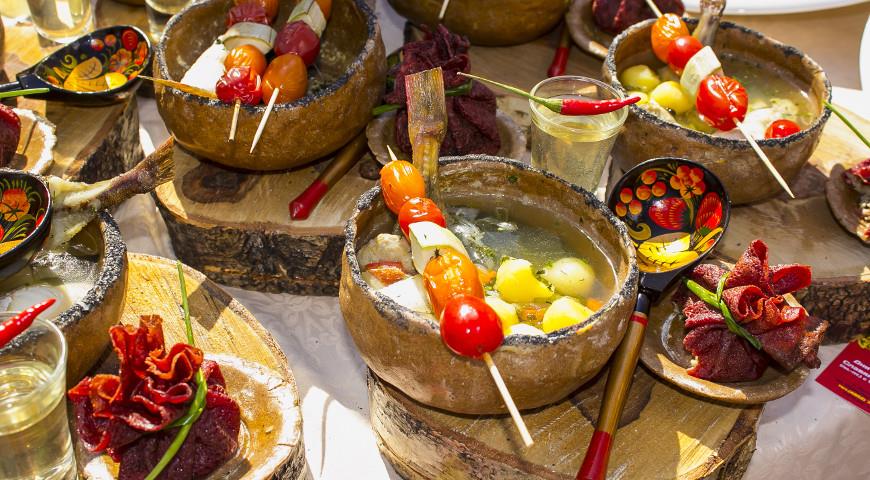 We thank the Ministry of Tourism of the Yaroslavl region for providing photographs.

Tip: to time a trip to some festival, which are held here a lot, especially from late spring to mid-autumn. For example, a small Myshkin became famous for the festivals of the mouse and felt boots, where a huge number of guests annually try to get.

At the beginning of June in Pereslavl-Zalessky they hold a children’s festival “On a visit to Berendey”. Numerous gastronomic holidays are regularly held in the region, one of the most famous is the Rostov Festival of fish soup. And in the summer of 2016 in Yaroslavl the International gastronomic forum “Journey for taste!

Ways of development of gastronomic tourism in Russia «and a gastronomic week took place, culminating in» Feast on the Volga «- an open-air picnic in one of the most picturesque places in the city — Strelka on the Volga embankment.