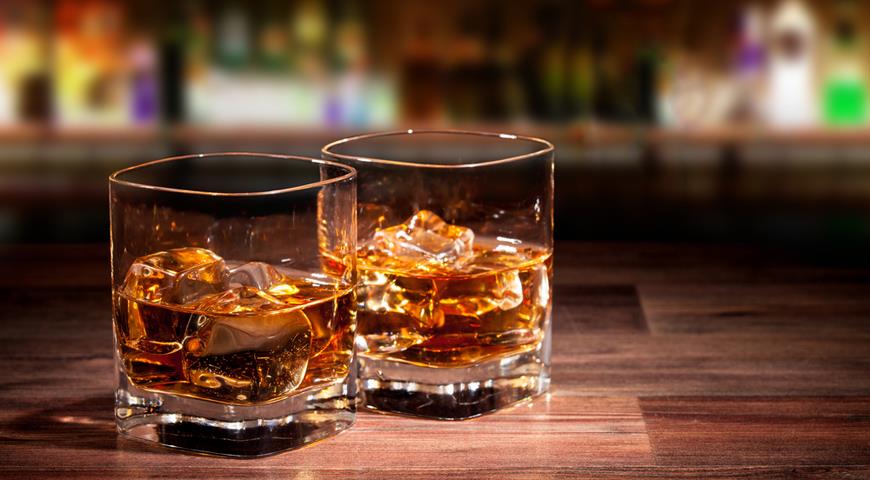 Whiskey — strong alcoholic drink, which is obtained by distillation of fermented beer wort, and then kept in wooden barrels.

The raw materials for whiskey are barley, rye, wheat and corn.

Since ancient times, whiskey has been a favorite drink of the Celtic people. For the Scots and the Irish, it has the same meaning as vodka for Russians and Poles.

Scotland and Ireland continue to dispute which of them owns the right to be called the birthplace of whiskey, but there are no laws restricting the use of the word «whiskey» for drinks produced in these countries.

That is why along with the famous Scottish (it is often called “scotch”) and Irish whiskey is also available Canadian and American, as well as Japanese and Indian.

The name of this drink comes from the Gaelic language (it is spoken in Ireland): uisge (or uisce) beatha means “the water of life”.

The first written records of whiskey date back to the 15th century, although they suggest that Irish and Scottish monks were able to distill the grain mash several centuries before this date.

Whiskey production is an interesting process, consisting of several stages.

The production of malt and grain whiskey varies slightly.

For the first stage is required malting, i.e. sprouting, barley. During this process, enzymes are activated — enzymes that are needed to process starch into sugar and ultimately into alcohol.

For grain whiskey, wheat or corn is cooked so that the starch is converted into breakable sugars.

Then from the ground grain and water prepare the wort.

After about two days of fermentation, the wort takes 6-8% alcohol and is ready for distillation.

The whiskey wort is distilled (distilled) twice, usually in copper stills (pot stills). The product of the first distillation no longer contains yeast and other sediment, and the level of alcohol rises to 20%.

During the second distillation, three fractions of alcohols are distinguished — the first («head»), middle («heart») and last («tail»), but only the middle will be used for the further production of whiskey.

The level of alcohol in it is about 68%.

The next stage is aging in wooden barrels. During aging, the whiskey acquires its characteristic amber color, and the taste becomes richer and softer.

Part of the alcohol evaporates.

Scotch whiskey by law must spend in barrels for at least 3 years, however, manufacturers increase this period to 8, 10, 12, 15 or more years for expensive brands.

After bottling the natural aroma and taste of whiskey does not change.

Blending. Behind the aging is the stage of blending, that is, drawing up the final, “final” drink (not to be confused with blended whiskey!).

After the blend, the drink is again given a bit of «rest» so that different tastes can combine.

The raw materials for whiskey are barley, rye, wheat and corn.

Malt (malt whisky) is called whiskey, made only from malted barley.

Grain whiskey (grain whisky) made from wheat, rye and corn.

In addition to the classification by raw materials, it is customary to distinguish the following types of malt whiskey:

Vatted malt — a mixture of malt whiskey from different whiskey.

Such a beverage may be labeled as pure malt or blended malt on the label.

If the label does not indicate single cask (a separate barrel), then this whiskey is a product of blending different batches inside the whiskey distillery.

Bottled drink can maintain a barrel strength or it is diluted to a standard alcohol content of 40 or 43%.

Quite a rare drink that preserves the barrel fortress, which is from 50 to 65% alcohol.

The famous wine critic Friedrich Siegel once remarked: "Without decent dishes, the wine loses half.