Главная » Cooking » What to look at the weekend? Food films

What to look at the weekend? Food films 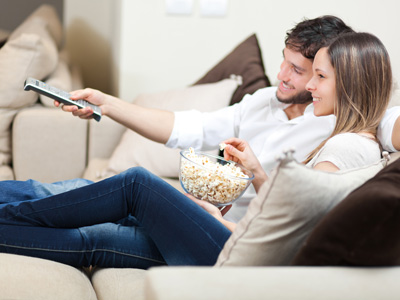 “BBC. How to become slim?

Year of issue: 2007
A country: Great Britain
Producer: Carolina Penry-Davie
About what: In this film you will find answers to the questions:

The plot is built on a unique multi-month experiment, which took place in front of the filmmakers. The main characters — an American couple, John and Leslie — lose weight under the scrutiny of video cameras and a nutritionist-consultant.

Their diet is adjusted by experts invited by the film crew, with each adjustment explained by research and experiments, which are also demonstrated to the audience.

You can find out by watching this movie.

Year of issue: 2010
A country: USA
Producer: Ian Cheney
About what: Today they say a lot about the need to eat right, to choose real healthy foods. But how can the recommendations of doctors be implemented in the reality around us?

Ian Cheney offers his option: he grows products in his pick-up.

This tape, dedicated to a new generation of urban farmers, has stirred up the public. The film’s heroes built a mobile garden in a car and ride around New York in search of other bold urban gardeners arranging their farms on rooftops, vacant lots and other unusual places.

By the way, there is evidence that after the release «Freight farms»Inspired followers of the eco-idea organized mini-gardens on wheels in 25 states of America.

Year of issue: 2012
A country: Russia
Producer: Alexander Mikhailov
What: About the pitfalls of healthy lifestyle (HLS) popular in the society:

Why watch? When we are told about healthy lifestyles, we are sure that there are no disadvantages here, everything is unambiguously and clearly, the main thing is to begin. However, even a healthy approach to life has unhealthy manifestations and extremes.

The filmmakers, relying on the opinions of doctors, psychologists, fitness instructors, talk about how instead of promoting health with the help of healthy lifestyles, avoid the opposite effect.

Year of issue: 2004
A country: USA
Producer: Morgan Spurlock
About what: Before you is not just a documentary film, but a real investigation, where the director himself becomes the main character and experimental.

Morgan ate McDonald’s three times a day for a month and didn’t go in for physical exercise (actually, like many who love fast food). The daily amount of calories Morgan was 5000 Kcal (average allowable rate — 2500 Kcal).

In just one month, the protagonist gained more than 11 kg, shaking the nervous system, actually planting the liver, increasing cholesterol levels by 65 points, acquiring sexual dysfunction. and this is not the whole list.

Why watch? The 32-year-old Morgan Spurlock, who spent more than a year recovering from this experiment, showed what a passion for fast food leads to. By the way, this film was nominated for «Oscar»As the best documentary film of 2005.

In addition, they say that McDonald’s, thanks in large part to this movie, revised its menu-building approach (there are more vegetable dishes in the range) and information on the packaging of the composition and nutritional value of products.

Year of issue: 2006
A country: Canada
Producer: Mark Starovikz
About what: The word «chocolate» comes from the Aztec «chocolatl«Meaning»cocoa bean drink«.

It is believed that this product was originally consumed solely as a drink, only kings could enjoy the taste (in Europe, mention of chocolate dates from the XIV century).

Today, this is quite an affordable product, however, how much do we know about it?

How to choose the right quality chocolate, what properties it possesses, why chocolate is used as a medicine, how many flavors it has — this film answers many important questions about chocolate.

In addition, it is nice to see on the screen famous confectioners, doctors and designers, for whom chocolate is one of the tools of their profession.

2019-09-27
admin
Предыдущий What to see and try in Riga
Следующий What to cook for the New Year of the Dogs?