Главная » Cooking » What and where is in Paris

What and where is in Paris

Paris for me, whatever one may say, is the gastronomic capital of the world.

And not even because I live here and madly in love with this city, but because it is incredibly diverse and wildly tasty. In food, as in fashion, Paris still manages to keep the bar, and sometimes set the tone.

What is relevant now in the gastronomic capital of the world? 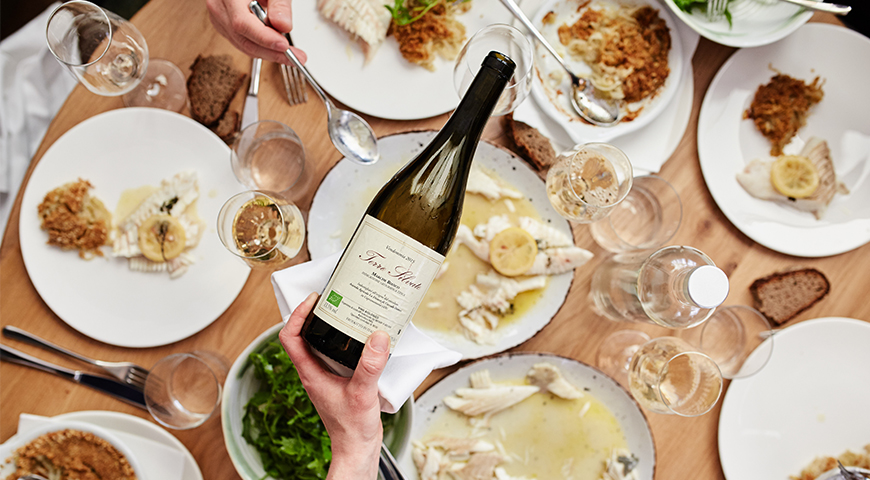 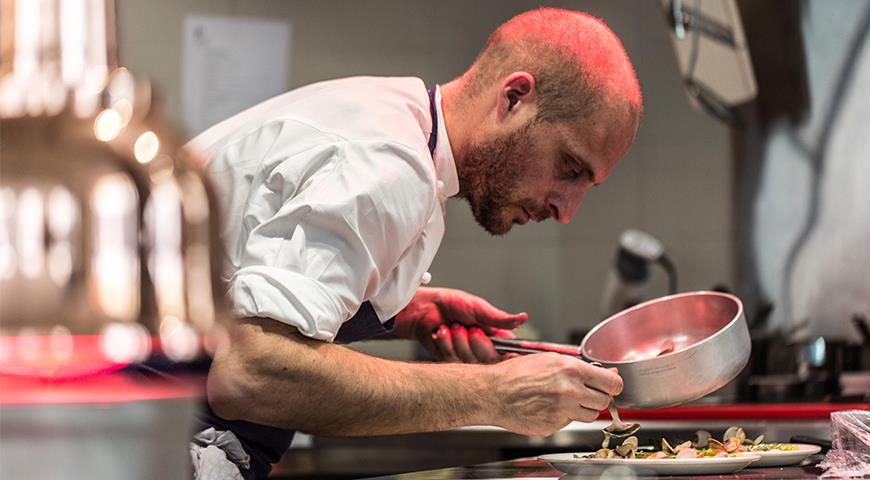 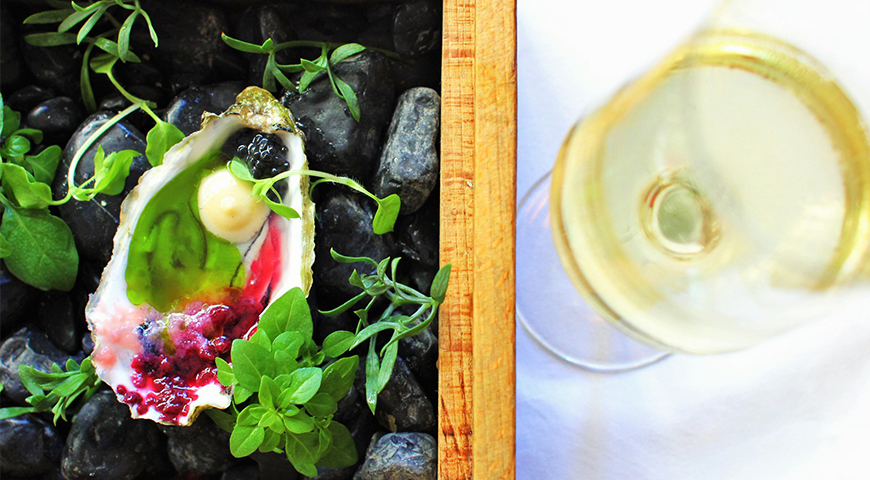 I do not deny the generous Lyon cuisine, the incredibly soulful Italian or the deadly delicious Asian food.

But, probably, only in Paris you can find all these cuisines, even African ones, and for every taste and budget.

At the same time, the city does not lose its face, does not forget its roots, but is not afraid to experiment with them, to put doubts and open up to other influences.

And everything here is breathing love for the product, the understanding of the value of food — whether it is a street market or a bakery when leaving the subway, a traditional bistro or a Michelin-based gastronomic restaurant.

The main trend can be called: «Everything is mixed up in a Parisian house».

This is not a fusion cuisine that has become part of an encyclopedic past, but rather trend «neo».

For several years in the French capital has been developing «Neo-japanese wave»: A huge number of Japanese chefs who received the basics of the profession in French culinary schools and worked as apprentices from local chefs or even personal chefs from famous French, open and open their own institutions where they offer their own cuisine based on French products and techniques, but with Japanese roots or as a minimum style of filing. 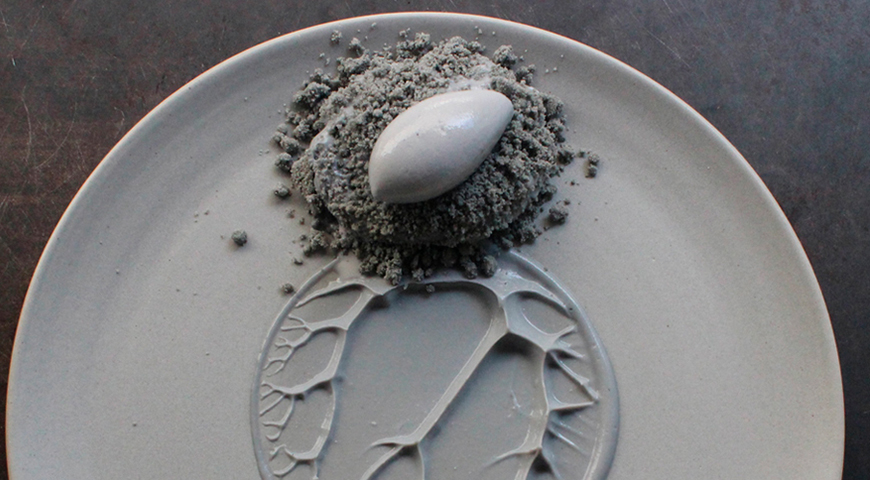 Atsushi Tanaka, having worked under the leadership of Pierre Ganier, a few years ago opened a restaurant AT, where French oysters or local vegetables get along on the menu next to the unpronounced names of Japanese mushrooms and spices. Similar story with a restaurant ES with chef Takakuki honjo, past school famous restaurants Noma, Mugaritz, Astrance.

His cuisine does not imply either sushi or soba, but is completely based on seasonal French products, but it is executed with such Japanese precision and in such a laconic style that the master’s nationality is guessed a mile away.

Another Japanese chef Ichiei taguma even in a traditional french restaurant Chez la vieille («At the old woman») two steps away from the Ryu Rivoli gives classic patees and riyeta a bit of Japanese modernism. 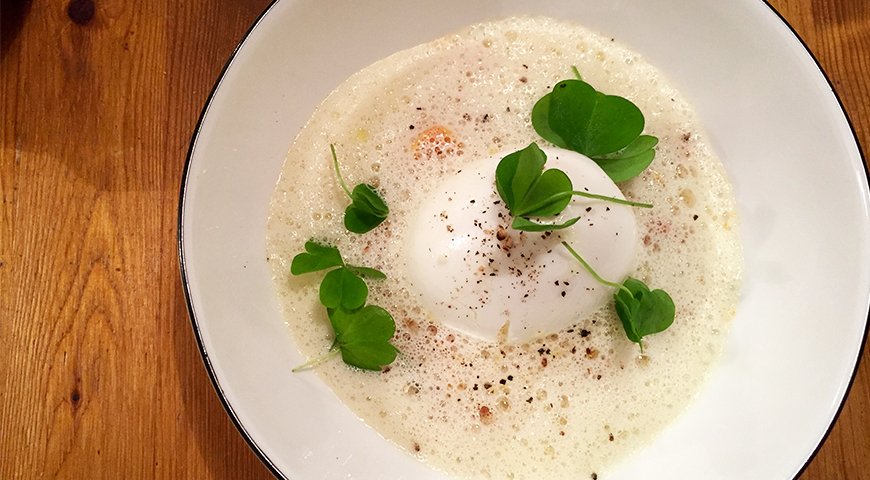 To taste dishes from a Japanese chef, a table in Abri need to book for a few months

The famous guide Fooding in the ranking of 2017 gave an honorary award to the restaurant Abri, where is the tiny kitchen in the middle of the hall Japanese chef Katsuaki okiyama It offers such an incredible food (raw tuna with raspberries, tomato soup, schizo and coriander, hot flan from the cerebellum with foam chanterelles and hazelnuts … where Japan is, and where France is unimportant) for ridiculous money to reserve a place there for two months. 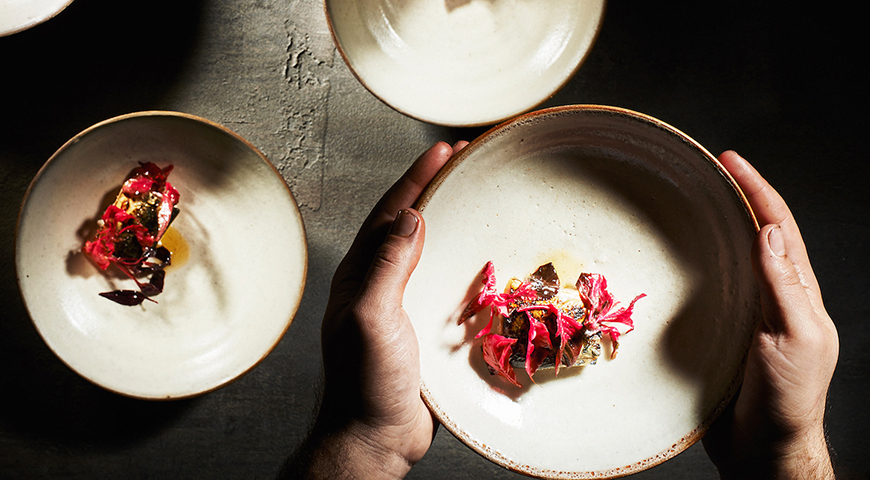 Coincidence or trend, but in 2016 clearly manifested neo-italian wave: a cafe opened at the site of the famous Roseval gastronomic bistro Dilia italian Michele Farnezi. 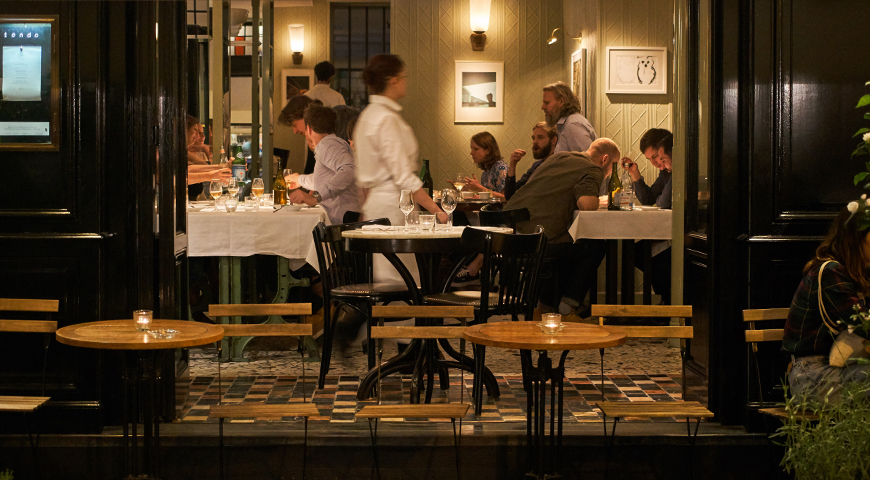 Simone Tondo keeps up and opens Tondo, where the foccache and the french duck get along fine

Former owner of Roseval Sardinian Simone Tondo founded a new child — Tondo, where is the ideal foccata, a sharp, raw smoked koppa or the most tender gnoches side by side with a French duckling, potato velutte and custard «shu».

When his friend Giovanni Passerini, closed his incredibly soulful author bistro Rino and announced that he wanted to return to the Italian roots, he seriously upset many fans of his talent. But last summer his new one was born. Passerini, and about fresh gastrochites (romance offal, pecorino ravioli in crab-bisque sauce, Genoese veal head) began to make up legends.

Giovanni himself is already on the podium of many Paris ratings of the year. 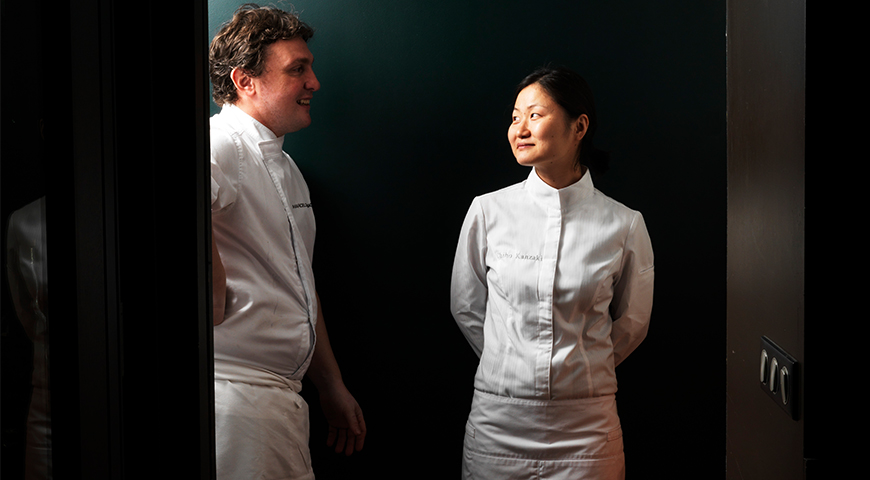 The culmination of the Japanese-Italian wave can be considered a Parisian neo-bistro Virtus under the leadership of the Japanese Chihi Kanzaki and Italian Marcelo di giacomo, coming from under the wing of the Argentine Mauro Colagreco from the menton restaurant Mirazur.

This is where the explosive mixture of nationalities breaks through in an amazing, beautiful and sophisticated kitchen!

British Daniel Morgan delighted with the quality of seafood in France, and clearly emphasizes this in the menu of his bistro Salt

But on the Italians and the Japanese the light did not converge. Paris is open to any talent, regardless of nationality. Passing school Noma in Denmark, Gordon ramsay in London, Narizawa in Tokyo, as well as having worked in India and Sweden, the British Daniel Morgan with bread and butter tattooed on wrists, founded his own bistro in Paris Salt with emphasis on seafood and seasonal vegetables.

The Briton recalls that when he received his first batch of ordered fish, he almost burst into tears, because he had never seen a product of such quality and freshness.

When choosing dishes in a restaurant, sometimes you have to resort to the help of a waiter or the Internet: little-known English dishes appear in the menu, such as Bakewell pie, a traditional English pie with quince and blackberry.

And here is a mini-sensation — on the eve of the New Year holidays, the Australian bistro opened Bo klagstona, right hand René Redzepi (Noma).

The news is so fresh that so far there is nothing to say about the kitchen, although the Parisians are already reserved tables in the institution.

And what about the French bosses?

The neo-bistro wave does not weaken — in hooligan-creative Le Chateaubriand or in sophisticatedly intuitive Septime Tables still need to reserve for two weeks. 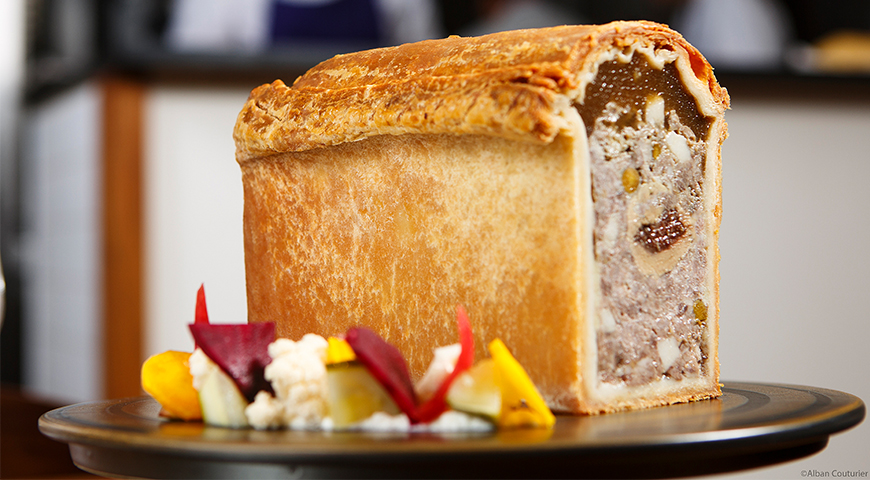 At the same time, an interesting author’s cuisine in Paris can now be tasted for more than affordable money. So in the newly opened cute institution Elmer with chef Simon Horowitz, The Central restaurant in Lima, Pierre Gagnaire in Paris and many others can serve as a decent lunch (root celery, baked and smoked in hay, a half-wild duckling on coals with Jerusalem artichoke and broccoli) for … 24 euros.

By the way, this trend applies not only to new Bistronomical institutions. 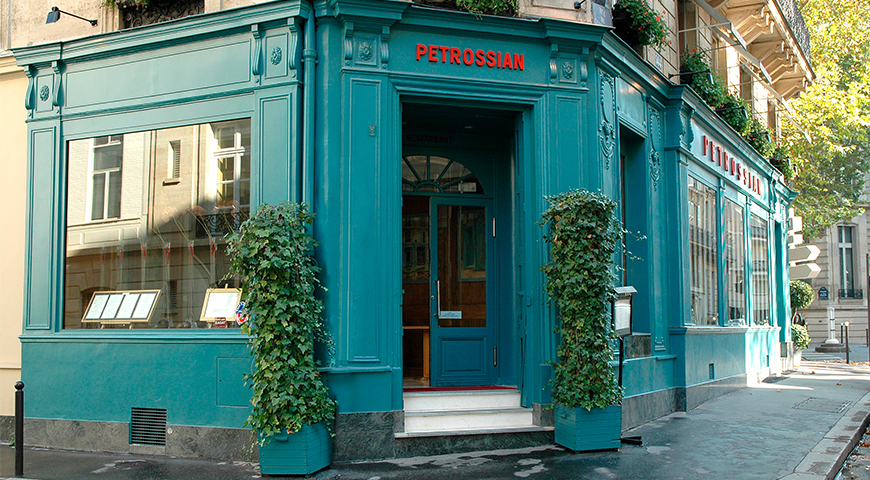 Another bright trend of our days — more and more often strangers with the same values ​​want to join in close companies to share the meal. Restaurants responded to this fairly quickly: in Elmer, for example, pIn addition to the usual menu, the chef offers tabledot — that is, a common table for 16-18 people.

Fish restaurant Antoine chef Thibault Sombardier (1 Michelin star) offers a whole fish, which can be divided (depending on the size of the catch) with three — four companions, Chez gallina offer half or a quarter of fried chicken or suckling pig for 10 people, and in Bouillon chef Marc Favier cooks a whole shalan duck baked in a pot for two.

In the restaurant Passerini Giovani Passerini offers a dove for two, a duckling for four, a turbot for six

No longer a new, but ever-growing tradition, when experienced enough eminent chefs want to play quality fast food, worthy of their level.

A prime example is the snack bar. Frenchie to go famous Gregory Marchand (Frenchie restaurant), in the menu of which are hamburgers, pastras, ruben sandwiches and other fish&chips and hot dogs of such goodness and quality that you can swallow with your hand. 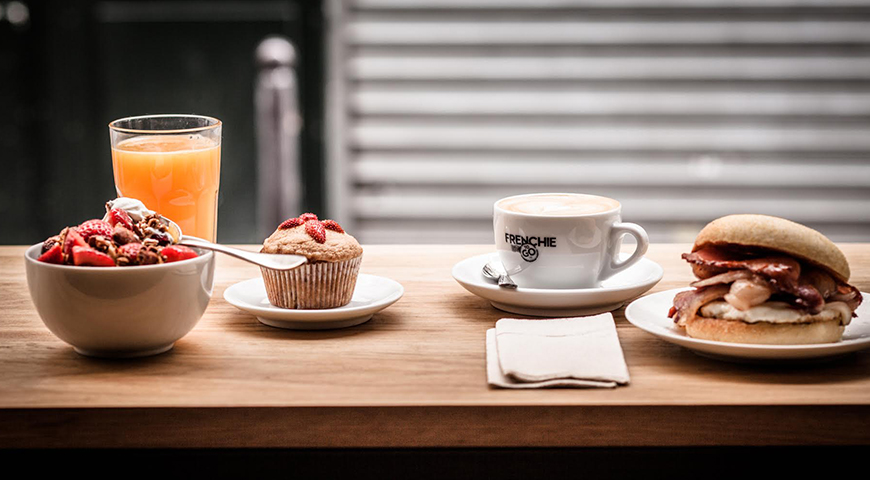 Frenchie to go Gregory Marchand — one of the first eateries in Paris, where fast food is not inferior to the best restaurant dishes

After last year’s restoration restaurant Yam’tcha (1 Michelin Star) lovely Adelin Grattar, which was devoted to an entire episode of the famous Chef’s Table series on the Netflix channel; sweet

I would make a heartbroken, denoting the global trend farm to table — “from farm to table”, that is, when the chef works directly with the manufacturer of the products, as relevant in Paris. For many years, many French chefs work in this style: Alan Ducasse and Alan Passar take fruits and vegetables from their own gardens, Bruno Verge does not know what he will cook tomorrow in his Table, since it will depend on the morning shipments, Daniel Baratier (Les deserteurs) regularly travels around all its suppliers of meat, asparagus, foie gras, truffles in order to maintain human contact with them, and not limit themselves to bare supplies. But it should be noted that more and more chefs, even from those who do not have their own vegetable gardens or farmers-suppliers, and making wholesale purchases on the Rangis market, follow seasonality.

And what is interesting, the client more and more agrees with this: it became a matter of bad taste to serve (or order), for example, tomatoes in the winter, well, if only they were not dried or pickled in the summer. 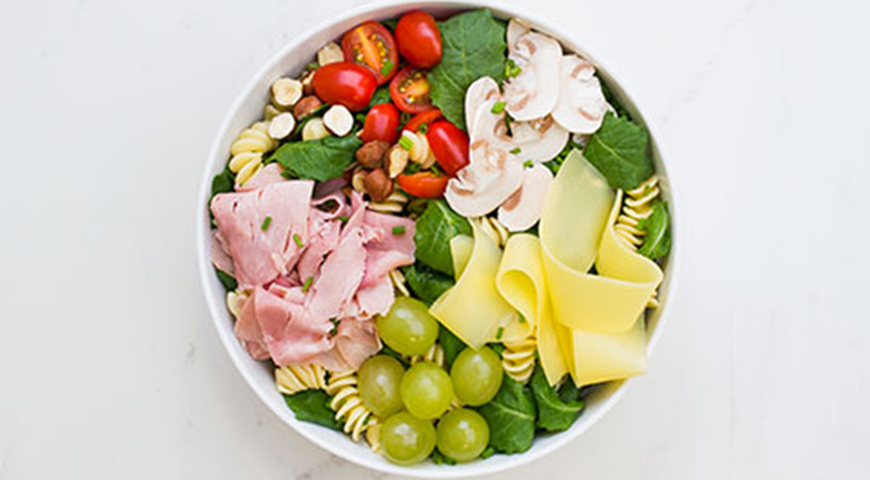 Saving the planet and using local and seasonal products, Parisians are also more and more thinking about themselves and their health — they begin to appear healthy eating concepts: so the network of restaurants is growing Jour, something like a cafeteria that offers fresh dishes from farm products, and whose logo reads: Healthy by Nature.

The last establishment of the network was opened in Galerie Lafayette, which further underlines the fashion and relevance of the idea. In addition, concepts like «5/7» — individual balanced, but at the same time low-calorie “by subscription” menus, developed by a nutritionist and a cook, suggesting two unloading days a week, therefore, “5 out of 7”.

Increasingly, offers of gluten-free cakes and pastries appear, and a fairly fashionable pastry shop. Thoumieux has developed a line of cakes completely on fruit sugar. 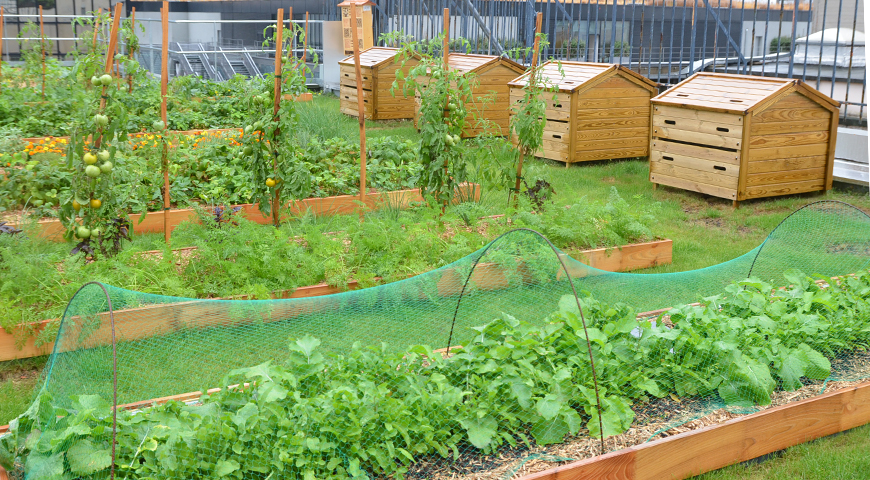 In a culinary school Le cordon bleu Now there is a garden to be used by students.

To close the topic, I would like to add that the famous culinary school that had just moved to a new building Le cordon bleu broke a garden on her roof, which pupils will actively use. And the famous museum of modern art Palais tokyo and his restaurant Tokyo eat working on a new project where food will be exclusively organic.

At the same time, the concept will strive for non-waste production. 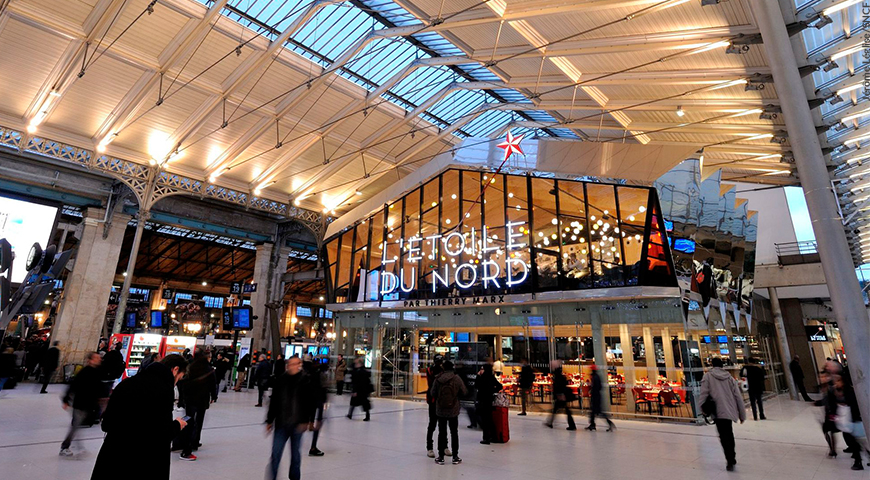 Journey » with taste » — this is about the restaurant Thierry Marx at the Gare du Nord North Station, L’etoile Du Nord

Well, if suddenly, for some ridiculous chance, you decided to leave Paris, but now there is no danger of traveling on an empty stomach: a few years ago, the Bristol chief Eric Freshon set the tone by opening a restaurant at the Saint-Lazare station Lazare. In November 2016, the station concept from the Michelin chief appeared. Thierry Marx at the North Station Gare du Nord.

In 2017, it will be possible to go on a trip from the Montparnasse train station, having a dinner at the cafe from Alan Ducasse.

Well, and what about the airports, now there are counters of native Pouchkine, offering a collection of mini pouchkinette cakes — “Pushkin”.