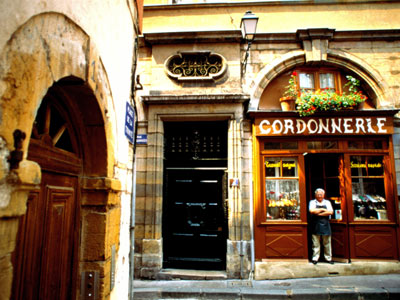 The geography of Lyon is as simple as two times two: two rivers, two hills.

Only love of kitchen and wine can break this arithmetic. “In Lyon there are three rivers, — any old-timer will undertake to enlighten you, — Sona, Rona and Beaujolais!” The Beaujolais region is really located nearby. Every year on the third Thursday of November, music and laughter are heard everywhere in the autumn air: “Beaujolais Nouveau has arrived!”

Real rivers, Sona and Rona, form not only a peninsula, not a subacute island — Presquile («Almost an island»).

It is located on the main square of the city, place bellecour, and the main pedestrian street, rue de la République.

Behind the shady chestnuts it is easy not to notice the small monument of Saint-Exupery and his main character, the Little Prince.

And right in the center is the restored monument to Louis XIV.

His equestrian statue, installed here in the beginning of the XVIII century, after the French Revolution was melted down into cannonballs. “Though the king has fit in with something,” the Lyons are joking.

Caught on the Belcourt, do not forget to look into the candy store Voisin («Neighbor») for traditional sweets. More than half a century ago, urban legends put the pastry chef Voisin on a good idea about almond candy with chocolate in the form of tiny pads.

Since then, the green pads from Voisin, Often sold in green velvet boxes, remain the most popular delicacy of Lyon.

The street of the Republic (local Champs Elysées) leads directly from Bellecour to the richly decorated city hall. The author of the fountain in front of her is Frederic Auguste Bartholdi, who presented the world with the Statue of Liberty.

Somewhere behind the city hall, the narrow streets are gradually going up, on Croix-rousse.

In simplified Lyon geography, Croix-Russ is “the hill that works.”

From the 15th century, when Lyon received a monopoly on silk production, it was here that workshops for the production and dyeing of fabrics began to crowd, and in the 19th century an uprising of the very red weavers was organized.

From the coast of Sona you can get to the Fourviere Basilica, as if carved from ivory, by a funicular.

Find viewing platforms and take a look at Lyon from above — and continue down the winding streets of the Old City, along with Croix-Russ listed as a UNESCO heritage list.

Between walks through the two hills you can have lunch at one of the restaurants on the street. Mercier (rue Mercière), for example, in La Menthe ("Mint").

The kitchen is homemade. In the menu, for example, traditional tart with olives and tomatoes, and on the second — veal liver with Saint-Marcelin cheese sauce.

Gentle cheese with expressive aftertaste is produced in the town of the same name located to the east of Lyon. 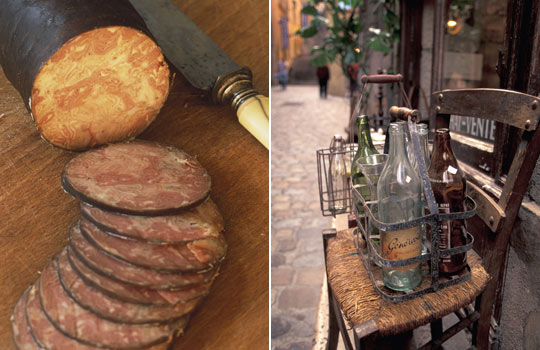 The people of Lion themselves are sure that with their seeming simplicity, it is their city that is the heart of France. “Only Lyon” — the townspeople will remember the popular slogan in recent years. This means: “Where will you find better?” To Paris — two hours by train, to Marseille or the ski slopes — also two hours, as well as to Switzerland.

And then, here is the best cuisine in the world!

The justification is simple, and therefore it seems convincing: French cuisine is exalted all over the world, and Lyon is the gastronomic capital of France.

Lyon’s trump card, which will help to put an end to any dispute, is a brilliant figure Fields of Bocuse, whose culinary competition «Golden Bocuse» is compared with the Oscar, only for chefs.

By the way, Paul Bocuse Institute in the suburbs of Lyon Ecully offers programs for both professionals and amateurs. Master classes last from one day to six weeks and are held in English and French. Check with the ideal can be in the restaurant chef L’auberge du pont de collonges. 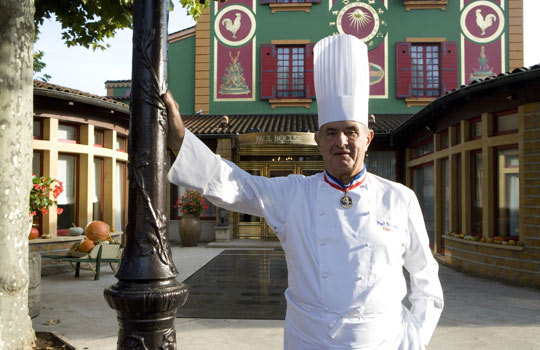 Leaving dreams of an unfulfilled dinner at Monsieur Bocuse, finding gastronomic comfort in the city will not be so difficult.

Be careful: if the institution belongs to the «real» bushons, then at the entrance you will be greeted by a special sticker with a puppet.

One of the oldest and most reliable urban bushons — Chez abel («U Abel»).

Most dishes are cooked for a long time and thoroughly, but do not fall for the entreaties of the owner to eat salad: even a harmless salade lyonnaise is a huge portion of greenery with brisket, croutons and eggs. As a moral compensation, it’s better to order a sauce of aux morilles with a glass of local wine to the garnish.

And now relax: you will not soon get out of here and certainly not hungry. 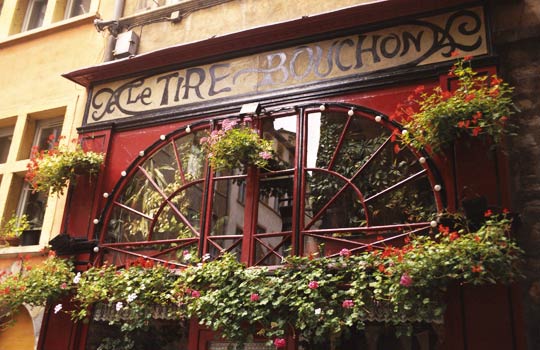 In 2011, the arrival of Beaujolais Nouveau is celebrated on November 17th.

If you don’t have time, take the tickets for December 5-9, these days in Lyon every year the Festival of Light takes place, turning the city into one big light installation.