Vietnamese cuisine is worth the most respectful attention.

But in fairness it should be recognized that, among other things, the French colonialists had a serious influence on the Vietnamese culinary traditions. 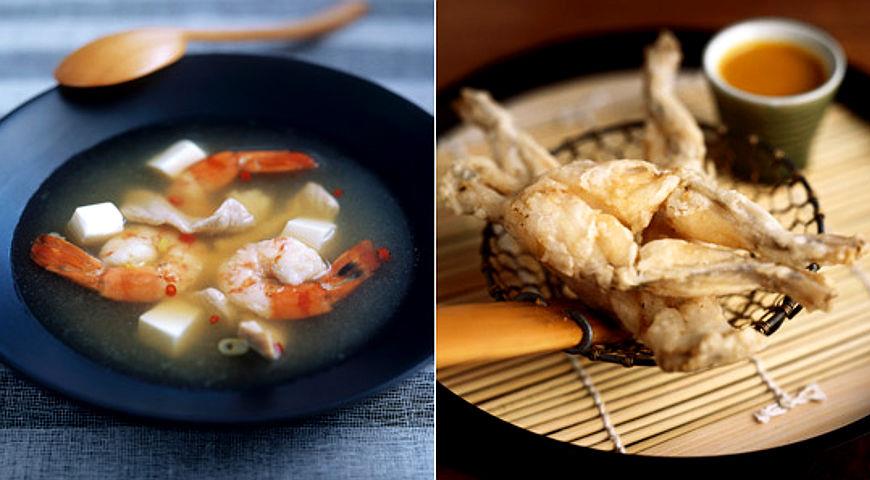 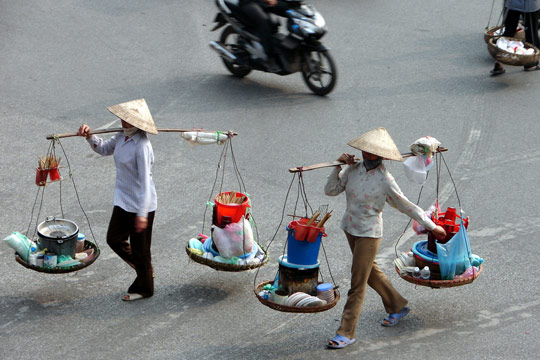 Caught in the city center Ho Chi Minh City (downtown is still called saigon), one might think that he got somewhere not there — it is too painful for France, even his own Notre Dame is there, just not «de Paris«, but «de saigon«.

Along the shady boulevards with chestnuts are colonial-style villas, where there are many cozy cafes and restaurants with interiors reproducing the atmosphere of the first half of the twentieth century.

In almost every one of them, an elderly Vietnamese with a butterfly and waistcoat, playing the Paris chanson of the 1930s, is sitting at the piano.

French wines and French cuisine are offered everywhere, full of French tourists. However, it is worthwhile for one of the visitors to order a dish of Vietnamese cuisine presented in these pseudo-Paris establishments in a wide assortment, as everything is filled with exotic flavors of the countless markets of the Chinese district of Sholon: Europe doesn’t even smell now.

It smells of spices, tropical fruits, fish, all kinds of mollusks, and it is still not clear what.

In general, Asia is the most natural, poskonnaya. 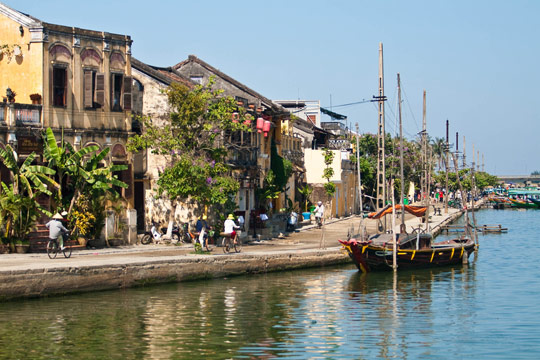 Vietnamese cuisine worth the most respectful attention.

But in fairness it should be recognized that, among other things, the French colonialists had a serious influence on the Vietnamese culinary traditions.

This is evidenced, for example, by the frequent presence among the ingredients of shallot onions imported by the French.

Apparently, it is because of the French that Vietnamese cuisine, which is not inferior to, say, Thai in terms of the presence of shrimps, snails, frogs and even crocodiles, is not so spicy, more refined and sparing European stomachs. Of course, a lot of Vietnamese borrowed from the Chinese. As well as for Chinese cuisine, the Vietnamese dishes are characterized by a taste contrast, combining sweet, salty, sour and spicy.

However, the Vietnamese managed to maintain a noticeable originality of their cooking.

One of the most specific features should probably be considered the really persistent use of spices — peppermint, basil, coriander, and most importantly, a very fragrant lemon grass.

There is even a saying that Vietnamese cuisine has a «repulsive smell with excellent taste.»

As far as smell is concerned, in my opinion, there is an undoubted exaggeration. Although, of course, it is quite difficult to get used to the smell of, for example, fish sauce “mothers naked” or young bamboo shoots.

However, the Vietnamese know about it and, although they themselves pour “namy” on almost any dish, foreigners, as a rule, are not advised to do it.

Bamboo is recommended to use sweetened.

As in most other Asian countries, the foundation Vietnamese cuisine is rice. What they don’t do out of it is noodles “Miem”, biscuits, rice paper, which serves as a casing for all kinds of stuffing from meat, fish, seafood, mushrooms “mok ni” or “tree ears”, onions and eggs.

The same rice and its derivatives are an indispensable side dish for a variety of meat dishes made from pork, chicken and beef. However, fish and all kinds of shellfish, both sea and river, remain a strong competitor of meat in Vietnamese cooking.

For example, I remember various snails, the taste of which I would call “unusually exquisite.”

But the frogs were quite ordinary, the same as, for example, in Thailand.

The same can be said about crocodile meat with its “usual” taste — something between pork and chicken.

As ingredients combining a wide variety of Vietnamese dishes, you should additionally indicate the seasonings of garlic and onion, fresh ginger roots and soy sauce.

Cinnamon, chilli peppers, lemon, lemongrass and coconut juice are also an important part of the seasonings.

Finally, the Vietnamese menu is unthinkable without the widest range of fruits — coconuts, pineapples, bananas, mangoes, avocados, durian and so on … And the fruits are served both by themselves and as part of the dishes — in the most varied form and in the most unimaginable combinations.

Take, for example, a dish like pineapple soup with fish.

They take a pineapple, cut it and fry it along with bamboo shoots, and then pour it with tamarind broth with sugar and boil it with fish fillets, seasoning with ginger, pepper and lime juice.

The resulting soup is also sprinkled with mint.

Or — lemon soup with shrimps, where peeled shrimps fried in onions are cooked with sliced ​​lemon slices, as well as with rice, salt and pepper. After cooking, add the celery, cut into strips, and Chinese cabbage.

The taste is specific.

The versatility of the Vietnamese taste palette can be judged by the ingredients of the soup “fo bo” — shallots and onions, carrots, zucchini, sliced ​​beef and ham, noodles, soy sauce, salt, pepper, lemon.

There is also a “nam” with crabs, in which minced meat wrapped in rice paper along with crab meat contains mushrooms, eggs, bean sprouts and finely chopped green onions.

However, I was especially amazed by the snack, united by the general term “tyun” — either patties or cabbage rolls with a shell of cabbage leaves, seasoned with layers of beans, rice, pork, anchovies, onions, and again sharp and fragrant seasonings.

You can eat as a separate dish, and you can eat these «pies», say, snails or shrimps.

But why drink all this goodies? It is, first of all, to try one, very peculiar drink — something between a brag and a wine (fortress 7-8 degrees), which is a product of fermentation of rice, filled with mineral water. Drink it a few people from one keg (liters to 10) by means of 8-10 tubes inserted into the barrel.

Unification is achieved complete, and this pleasantly sour “wine” also slightly blends into the head.

Local beer («Saigon», «333», the Vietnamese version of the Singapore «Tiger», licensed «Carlsberg» and «Heineken») very good quality and costs from half a dollar to a dollar for a half-liter bottle, depending on the class of the institution.

Draft beer at a cost of about three dollars in Saigon I had to drink only in typical Western pubs, where the Anglo-Saxons sat almost exclusively. 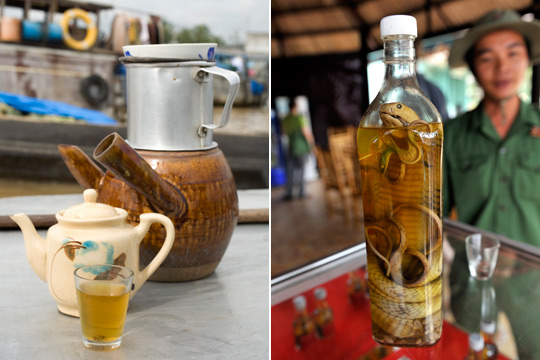 However, it is much more interesting to go into the thick of smiling, undersized and to the fragility of graceful Vietnamese.

A foreign guest everywhere will meet even friendliness and even some ingenious surprise — they say, what kind of people are in the world. This is characteristic, above all, for small Vietnamese towns, but also in Saigon, Going into a non-representative local pub, full of aborigines sitting on low benches, you read joyful amazement in your eyes: “Look, a foreigner, and here, to us, came.

Visitors greet you, ask where you came from, offer to taste the local beer snack (in particular, a dried grasshopper or some spider bug in breading) or drink all the same «wine».

Sometimes, however, there are misunderstandings caused by the linguistic and cultural barrier, including in the field of beer traditions. So, in the Vietnamese pubs there are often no refrigerators, and the heat is not weak, and in response to the request to bring the beer colder, you will have a piece of ice in the mug. And it is very difficult to explain that beer is now over.

They can, smiling benevolently, add more ice to the mug.

But, in general, it’s not scary. In addition, among foreigners there is one category of people, which the Vietnamese distinguish especially, and this category is connected in many respects precisely with food and drink. We are talking about people with fatness, so to speak, above average.

The author was led to experience such an attitude on himself. In places of large concentrations of people, suddenly you feel someone’s hand on your belly. The owner of the hand mutters something touching.

And so endlessly and everywhere.

What kind of commission?

It turns out that, according to the beliefs of local, mostly skinny inhabitants, a man with a stomach, firstly, is a very kind person, and secondly, brings happiness if you touch his belly.

At first, such a reverent attitude to your modest person is shocking, then annoying, but in the end you become resigned: it’s pleasant to give happiness, in general. 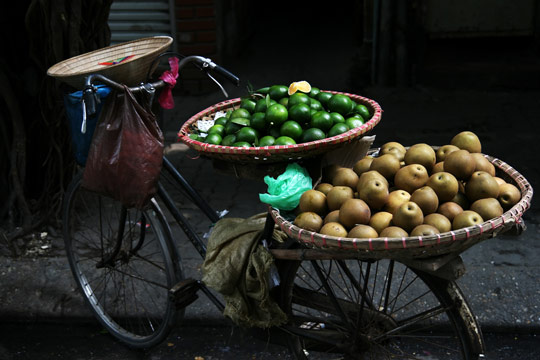