Now, due to the saving of time and effort, few people mess around with minced meat and dough — the process is time consuming and not fast.

But in my hometown with the unusual name Kudymkar, the capital of the Komi-Perm Autonomous Okrug, dumplings are still molded by hand. 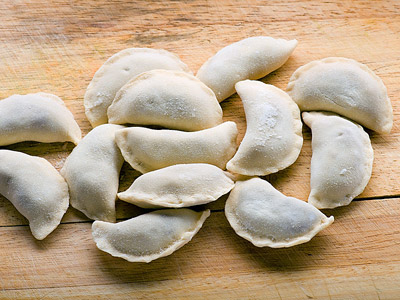 Dumplings in the Urals, made mainly from meat. Less popular, but no less tasty — from mushrooms or radish.

The last ones are affectionately called “rare” dumplings, before they were cooked during Lent, but they never made sweet dumplings in the Urals.

As soon as the first frost shackled the ground, they would sit in houses for making pelmeni. Late autumn — a time when livestock was slaughtered, fresh meat appeared, and it made the best dumplings.

They were kept for a long time — even the whole winter, and therefore they sculpted a lot of them at once, in reserve.

It was a real ritual, without which no family could do.

Well, how can I sculpt dumplings by oneself? Only together, the whole family.

Here is the competition (whose circles are smoother, and the dumplings are more beautiful), and talk, and jokes, and songs.

In our family, the most beautiful dumplings sculpted dad.

He made neat thin circles of perfect shape, and he did it very quickly. We did not keep up with him. Most often, he rolled the dough alone, and the others molded the dumplings.

And this, too, was a responsible work — it was necessary to fasten the dumpling so well that it did not collapse during cooking, and the stuffing was put in a special way so that the small place remained, otherwise the dumpling would break.

Behind this occupation we felt like a single mechanism, in which everyone means and is necessary.

Whole dumplings columns laid out on the boards, lightly powdered with flour, and then carried them to the frost. Frozen dumplings folded in canvas bags in which they could be stored as you like.

And the house has always been «duty officer»Food.

Dumplings and at the festive table — the first dish. For the holidays, it was possible to cook a dumpling with a surprise: instead of the meat filling, put one pepper in it, for example, or simply make it from a single dough.

That was a laugh when someone came across such a “surprise”.

Today I decided to revive childhood memories. Screw stuffing in a meat grinder.

Although once my grandmother chopped meat in a wooden trough with a sharp knife-chop with a long handle in the middle.

I can’t find anything like that in order to even remotely remind Grandma’s chop, I really want to make real dumplings from minced meat.

But, alas, meat steeper in a meat grinder.

Ready stuffing should rest a little in the refrigerator or just in a cool place.

The dough for ravioli is simple: water, flour, salt, egg.

It is better to take ice water if there is no spring water.

On ice water, the dough is better glued.

Today it is especially flexible and supple.

After they emerge, you need to boil another 3-5 minutes.

Someone likes dumplings with sour cream, someone — with vinegar. And I’m cooking a special dad’s spicy sauce made of vinegar, mustard and pepper droplets — a fusion mixture, for real men. I put on the table and sour cream, and vinegar, and papa hot sauce.

That’s all. You can serve dumplings.

The family will be pleased.

In the Komi-Permyak language, “pele” is an ear, and “nannies” is bread. Komi-Permian legend tells the same about the origin of dumplings.

He lived a brave hunter Begur. One day, chasing a game, got lost in the forest and wandered into the wilderness. He wandered, wandered, and finally went out to the hut.

An old woman sat in front of the hut and told Bagoura that a beautiful witch lives here, but she was cursed with evil spirits, and in order to rid her of evil spells, you need to get a flower from the highest tree.

But the hunter, who had been wandering in the forest for a long time, was left without strength, and could not help the beautiful witch.

Then the old woman ordered him to make a fire and took out «bread ears», cooked them and fed Bagura.

The forces returned to him, he climbed onto the tallest tree, took out a flower and freed the sorceress.

And as a reward I received a recipe.

Elena Aquilon:
“The main thing for me is movement. The gypsy grandfather is to blame. His blood boils and does not allow me to sit in one place.

I love to travel alone. Wandering through the streets of an unfamiliar city, feeling free, soaking up flavors, sounds, colors, exploring the alleys and courtyards … Sin, I like to eat no less. I understand that gluttony is a great sin, but I can’t do anything with myself.

My every journey is a series of taste impressions. Food can tell about the country, its inhabitants and its customs much more than any guidebook.

Places where people look after work to drink a glass of wine or a glass of beer, chat about life, make it possible to learn about the country sometimes more than museums. ” 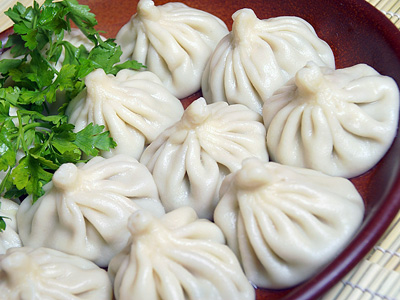 Elena Aquilon, after traveling to Georgia, learned how to make such khinkali that you can only dream of not in Georgia.
See below. 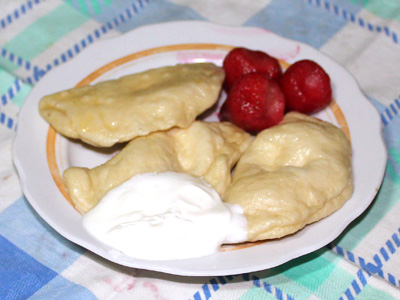 Real dumplings should be fluffy, fat, like in Gogol Solokha.

And to cook such dumplings need to be steamed, and the dough for them will certainly knead on.