Unlike French and Italian Cheese Swiss cheese did not fall under the food sanctions and is still for sale. Moreover, the range of Swiss cheese has expanded. 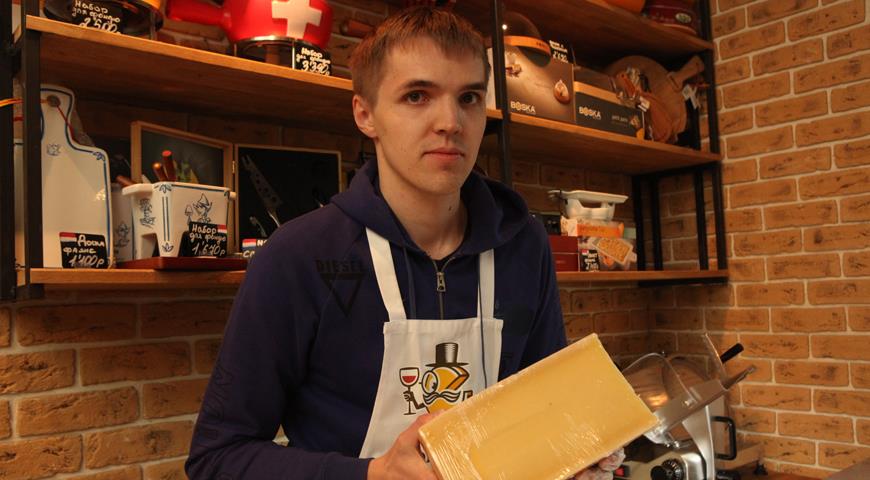 Alexander Krupetskov 28 years old, eight of them he worked as a programmer. In July, Alexander opened a European cheese shop in Moscow Cheese sommelier, and in a month it became impossible to import cheese from Western Europe.

but Cheese sommelier it did not close — cheeses from Argentina, Serbia, Morocco, Belarus, Krasnodar Territory replaced gorgonzola and rokforu. As the saying goes, bezrybe, because there is no gastronomic substitute for French and Italian cheeses, and you shouldn’t be bothered by the illusions that Krasnodar Camembert can be an alternative to French.

However, some of the cheeses of the Old World remained in our stores. We decided to do with Cheese sommelier several interviews on how to properly prepare fondue, make a cheese plate, pick up wine with cheese and, in principle, learn how to understand cheeses.

Sasha, if we talk about taste — French cheese, Italian, Swiss, what is the fundamental difference between them?

They are radically different. French cheeses are mostly soft.

That is, of course, there are also hard varieties, but soft cheeses are the calling card of France. Italian cheese pool — with mold, parmesan and sheep. And in Switzerland, most cheeses are made from cow’s milk, and these are cows grown in alpine meadows.

Alpine milk cheese can be hard or semi-hard, but certainly aged, with its own character.

In Swiss cheeses, the tastes are not very flashy, but Alpine milk is clearly felt in them.

The cheeses that are made in the French, Italian, German cantons of Switzerland, are very different?

Each Swiss cheese has its own region of origin and its protected name.

Suppose Gruyere is Friborg’s canton, Neuchâtel, Vaud, and Jura, and nowhere else can it be produced.

What cheeses make up fame in Switzerland?

Let’s start with the most popular and finish with cheeses for aesthetes and advanced gourmets.

The most famous Swiss cheese in the world — Emmental.

Given that it comes from the Emme Valley in the Swiss canton of Bern, its name is not a registered trademark, and Emmental, in addition to Switzerland, is made in France and Holland.

It can even be done in Russia by applying a certain technology.

But I would say that all this is a parody of the real Emmental.

What are the standards of taste for Emmental?

Many like it because of the recognition of taste, in the world it is called “Swiss cheese”. The huge heads of Emmental, up to 130 kilograms, are covered with a brownish-yellow crust, and in the body of the cheese there are holes-eyes, which are formed in the process of excretion of carbonic acid during the ripening of cheese.

Without it, there can be no fondue: the proportions of the classic Swiss fondue are 2/3 of Emmental, 1/3 of Gruyere.

Gruyere — I understand that Swiss cheese is number two in popularity?

Yes. This hard yellow cheese without holes is made in the canton of Friborg. The center of this canton is the region Gruyere. There, about 60 farms are produced by Gruyere.

But in fact, the consumption volumes of this cheese are gigantic. A distinctive feature of Gruyere — a lot of milk goes to produce it.

Gruyere is different exposure — from 5 to 15 months.

Naturally, the taste of cheese depends on the time of ripening.

The classic taste of Gruyere is nut-fruity, but in the cave cheese it is already felt more saturated and mysterious flavor bouquet.

Sorry, is Gruyere a cheese sandwich?

This is a cheese for a cheese platter and as a supplement to the dishes. It needs to be cut into cubes, not slices. It melts well.

For example, onion soup is not possible without Gruyera.

Cheese with a heavy, strong smell, but he has a noble spirit. So called cheese and dish. Like fondue, the national gastronomic specialty of Switzerland.

It is cooked in a special tabletop stove — rakletnitsa, a quarter or half a head of cheese is inserted into it, cut to the lamp, as the lamp warms up, the cheese melts and is scraped directly onto a plate in which potatoes, cucumbers, tomatoes, meat lie.

This is a very popular winter dish in Swiss and French ski resorts.

By the way, traditionally it is prepared for Christmas.

All brought from Switzerland Tet-de-Mouans — as you think, only because of the spectacular serving, or is it so tasty?

Semi-hard cheese, with a bright smell and taste and with not less bright serving.

Yes, this is one of the few cheeses in the world, to which is attached a special spinning knife «fatty», with the help of which the head is cut in the form of chips.

Teet de moine — Translated from the French «head of a monk.» From the twelfth century, monks from a monastery located in the west of the country were engaged in the production of this cheese. Now Tet de Moine is produced only in the cantons of the Jura, Münster, Kortelari, Bern.

It is made from the milk of cows, obtained exclusively in the summer months.

Tet-de-Mouins «is a different exposure — the more aged, the tastier. By the way, the knife was invented not so long ago and in order to cut the cheese as thin as possible.

And here requires a certain skill in cutting. 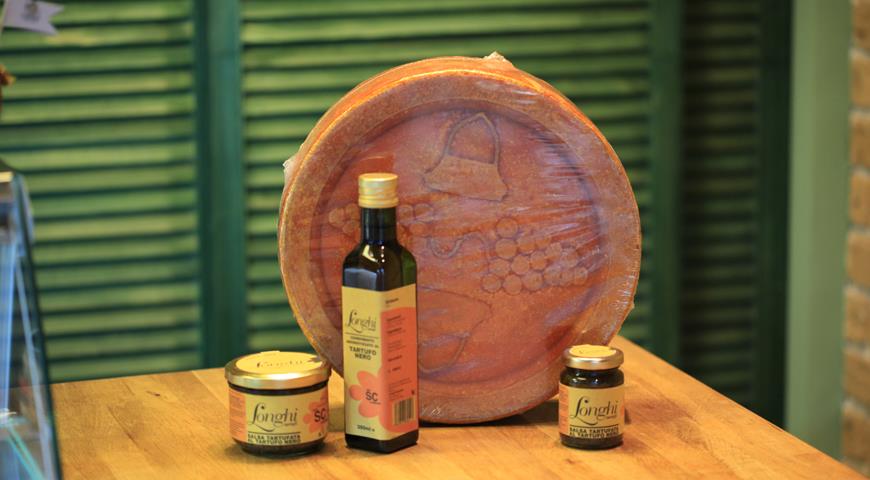 These were classic Swiss cheeses.

And how do you surprise your customers?

In my opinion, the most interesting Swiss cheese — Mont vully, from the canton of Friborg.

This is a hard cheese with a crust that is soaked in the cake of red pinot noir.

During ripening (4-6 months) it is rubbed several times with sponges soaked in grape cake.

It turns out the crust, which can be eaten. All cheeses that are rubbed with wine or a damp sponge are called cheeses with a washed crust. And usually they have a strong smell.

By the way, how to taste to distinguish good cheese from the usual?

From a good cheese in the mouth opens a bouquet, but as soon as you have eaten it, the taste begins to subside, the aftertaste comes.

And if there are no taste memories in the mouth or they quickly go away, most likely, you have tasted mediocre cheese.

When tasting, to make a pause between cheeses and update the taste buds, you need to eat a piece of pear.

We continue to taste …

The next cheese is Swiss Alps in Herbs, it is sprinkled with dry alpine herbs — basil, rosemary, sage … 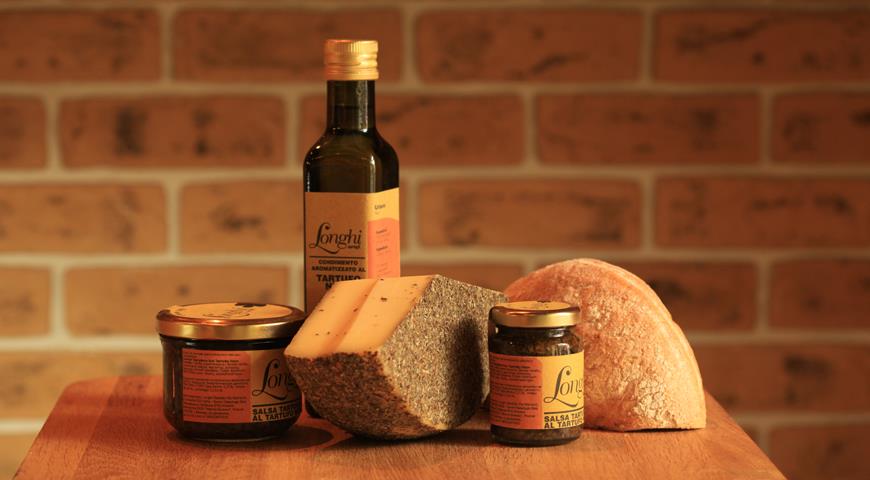 This is one of the few alpine cheeses that are cooked — in a large copper cauldron, under the open sky, the fire is bred on pine wood, and then the cheese is sent to ripen into a cave.

In Switzerland, there is very little production of this cheese — just a few heads a day.

Are there moldy cheeses in Switzerland? 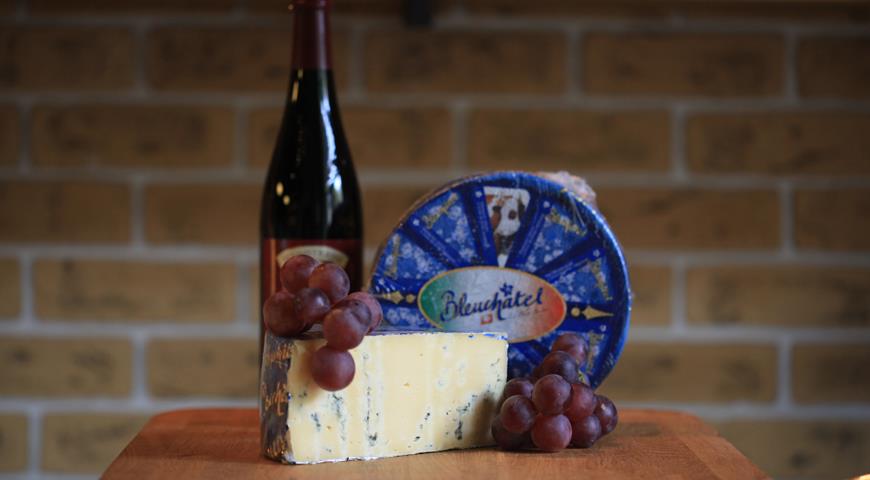 Blusher — This is a rare example of Swiss blue cheese. It has a specific taste, it is winter, heavy cheese. Usually, blue cheeses feel the taste of mold, but here it goes into the background.

Bluschatel has a salty taste; to many, it seems too salty.

But in a situation where French, Italian, English blue cheeses came under sanctions, Swiss cheese with mold has every chance of becoming famous among us.

Is it possible to replace the Parmesan in our stores now with the Swiss Sbrintz?

Sbrinz and there is a Swiss analogue of parmesan.

He appeared much earlier than Parmesan.

Traditionally, the Italians traded wine and salt with the Swiss, and the Swiss gave them cheese. The road that goes through the Alps and connects Switzerland with Italy is often called «path of srinca«.

According to the legend, on this road the Italians rolled 40-pound cheese heads — they rolled up the hill, drenching themselves in sweat and cursing everything.

At some point they got tired of it, and they came up with their Parmigiano.

Sbrinz — hard cheese, which is aged for about two years, but during this time manages to become harder than parmesan. Cutting it almost impossible, just prick with a special knife. The Swiss add Sbrinz to pasta, risotto and many other dishes where Italians put Parmigiano.

Sbrinza has a sweeter taste, in contrast to salty Parmesan.

Parmesan is made from skimmed milk, and Sbrinz — from fat.

Does Switzerland have cheeses low fat?

In Switzerland, quite low-fat cheeses.

20 percent fat content is very small, and 9-10 percent cheeses are nowhere to be found in Europe. 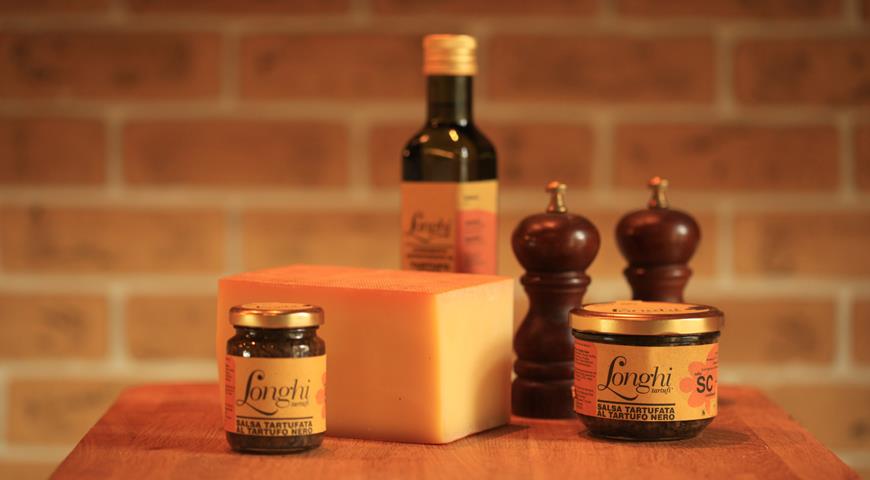 And they are not only low-fat, but also tasty, which is generally a rarity. One of them — Chef Sawye, it is seasoned, with a thin crust and fat content of only 20 percent. Cheese for girls!

Its taste is slightly reminiscent of Gruyere.

It is believed that the larger the head, the better the cheese will ripen.

Our next conversation with Alexander Krupetskov will be devoted to fondue and the art of making a cheese plate.