Sugar was familiar to man from ancient times.

Having tasted the taste of honey, ripe berries and fruits, people have long been looking for ways to isolate the sweet substance from plants to sweeten and other foods.

The Chinese made sugar from sorghum, in Egypt it was extracted from beans, in Bengal — from arena wood, in the countries of the Indian subcontinent — from palm sap, in Canada — from maple, in Poland — from birch, in Lithuania — from the roots of parsnip, in Belarus — made of parsley.

And the Indians have found a way to get cane sugar — the one that still sweetens the life of a good half of the planet: they collected sugar cane juice and boiled it until the formation of white crystals. When the warriors of Alexander the Great entered the Indian land, an unknown white solid product of sweet taste, which in Sanskrit was called “sarkar”, attracted their attention among countless miracles — this was cane sugar.

It was thanks to Alexander’s campaigns that the Sanskrit word sarkara became known to the whole world.

Variants of this word are preserved in all major Indo-European languages: sukkar — in Arabic, seker — in Turkish, saccharum — in Latin, zucchero — in Italian, sugar — in English, sucre — in French, zucker — in German , not to mention the Russian «sugar».

The turning point in the history of sugar was the discovery of the New World: huge plantations of sugarcane were created in the tropical regions of America and the Caribbean islands.

After collecting it was transported to Europe, where it was processed at special sugar factories.

It is known that the first Russian sugar factory (in St. Petersburg) appeared by decree of Peter I in 1718.

Yet for a long time cane sugar remained a luxury item available only to the elect. In most countries, ordinary citizens, not to mention the peasants, in the old manner were content with honey.

The way out was found in 1747 by the German chemist Andreas Siegismund Margrave: he isolated a sweet substance from beet root crops, and then, comparing it with sucrose, came to the conclusion that they are identical. From this point on, sugar beets and sugar cane became competitors.

AT refined (purified) they are interchangeable; at unrefined cane is edible, and beet is unpleasant to taste.

Any sophisticated chef is well aware that sugar is not only a sweetener, it is also a great spice. A recipe for trout in wine with herbs and nutmeg, which is sprinkled with sugar before serving, is given in the French cookbook of the beginning of the 17th century.

A similar tradition took root in Russian cuisine, where sugar is still used not only in the confectionery industry — it is indispensable as a spice in borscht, roast, for dressing salads and even in canning products, for example, cucumbers, tomatoes and squash.

Sugar is able not only to soften the taste of dishes, but also to discourage unwanted odors, such as pork and fish oil — it is not for nothing that Scandinavians add this product even to liver pate and pickled herring.

Beautifully packed sugar syrup will be a great gift for any holiday. And on weekdays just.

The first written mention of maple sugar refers to 1760: in one of the documents of that time. 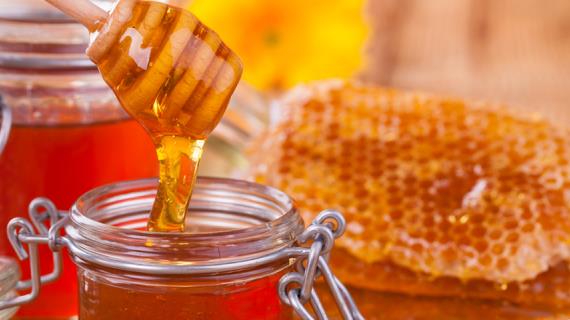 For many years, honey was the main source of sweetness in cooking: it was put in porridge and butter.