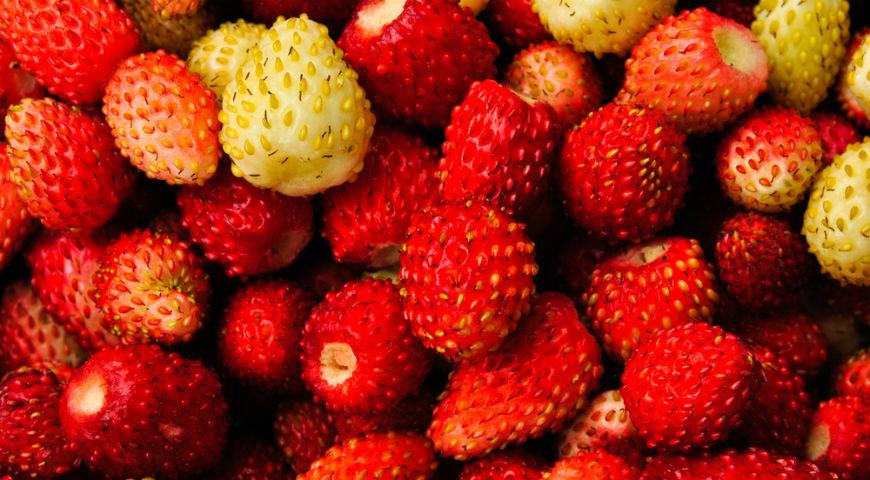 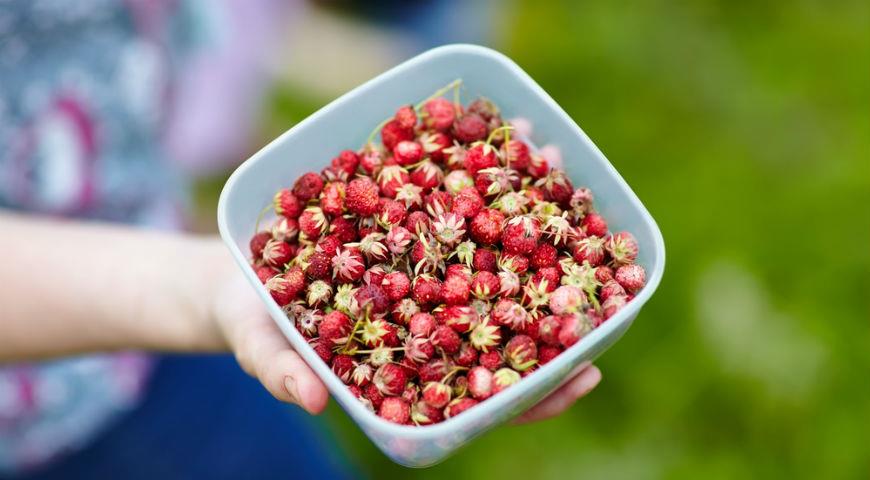 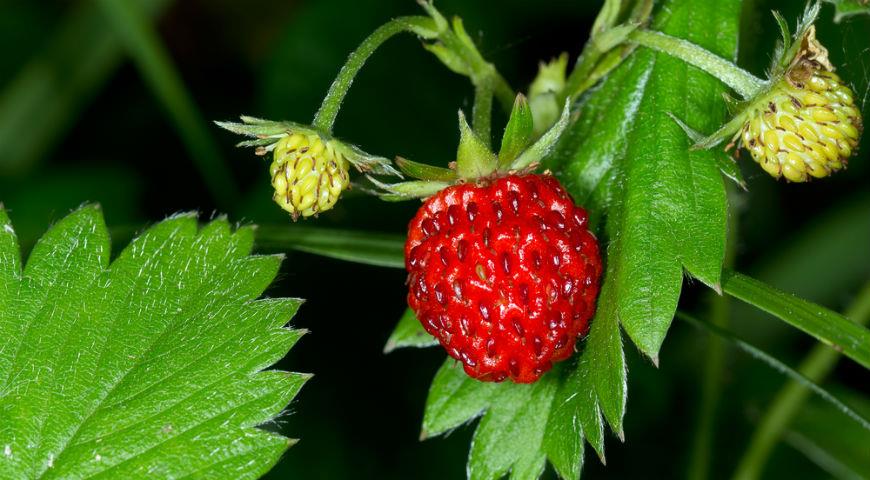 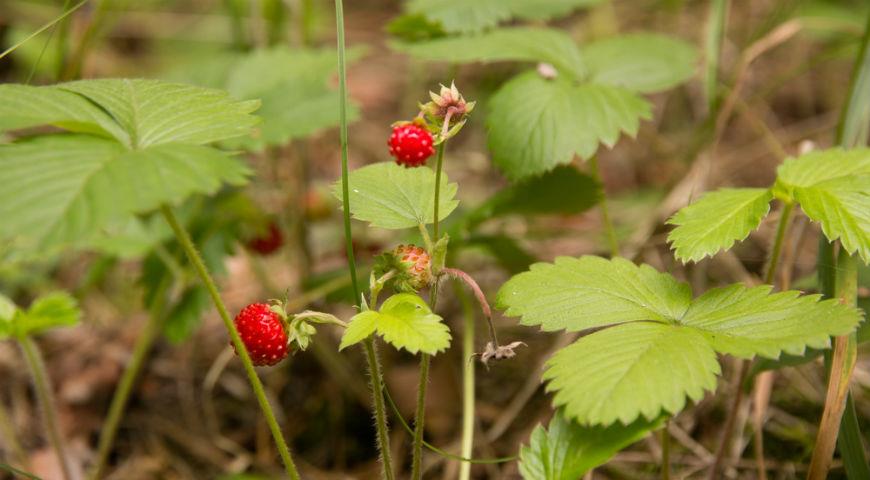 Wild strawberry and Strawberry — these words call various types and grades of a berry in a wild and cultivated look.

And what, then, is called strawberry, and what is strawberry? Sheer confusion!

If not at all in a scientific way, then Strawberry — this large-fruited berries, fleshy strawberry varieties; strawberry the philistine is likely to call smaller, pointed berries, both forest and garden.

As a wild berry, it was known in ancient times to many peoples who used it for medicinal purposes as early as two thousand years before our era.

Cultivate wild strawberry (Fragaria viridis) — as a particularly valuable medicinal plant — in the XIV century the French, who considered it excellent, became aphrodisiac (this is true: zinc, which is contained in the seeds of this berry, helps to increase sexual desire in both men and women).

However, the taste of strawberries Europeans truly appreciated only in the XVIII century.

It happened like this. In 1714, a French officer, Captain Frezier, while in Chile, saw a strawberry plant, which struck him with its size and taste of berries.

It was the American equivalent of European wild strawberry — Chilean strawberries (Fragaria chiloensis).

With great difficulty (the ship sailed to France for six months), he delivered several plants to France. Part of them he handed over to the botanical garden in Paris.

There on the neighboring beds were strawberries from the Pacific Coast (Chilean, Fragaria chiloensis) and from the shores of the Atlantic (virginian, Fragaria virginiana, imported to France from the Atlantic coast of North America). There was an accidental crossing of these two species, initially divided geographically.

The result exceeded all expectations: a new berry, named garden strawberry (Fragaria ananassa), eclipsed in the eyes of gardeners and cooks all the other types of strawberries known by that time.

The story of the emergence of strawberries and strawberries in Russia is unusual. It all started with Tsar Alexei Mikhailovich, who was an ardent lover of gardening.

In the village of Izmailovo near Moscow, the tsar had a large garden, where cultures were unusual for then-Russian culture. Aleksei Mikhailovich Trifon was the most famous gardener; the king could talk with him for hours, regardless of the boyars who were waiting to receive him.

In the royal chambers gardener Trifon always came with goodies for children.

Once, in the summer of 1678, Trifon once again came to the tsar’s call and treated little Peter Alekseevich (the future Peter the Great) to a large, sweet and fragrant strawberry. Berry so liked and the prince, and the king himself, that the gardener was immediately ordered to regularly submit it to the royal table. Already in the XVIII century, strawberries were grown in Russia almost everywhere.

And the most popular view, as in Europe, was garden, which not only ate fresh, but also subjected to culinary processing.

Strawberries are respected and honored around the world.

For example, the beloved French strawberries — April gariguette, savory, but in its own way attractive: its appearance suggests that summer is coming.

They are very fond of strawberries in Belgium: in the city of Vepyon (Namur province) there is even Strawberry Museum, and the city itself is considered the unofficial European “capital” of this berry (the locals even eat this berry in a special way: first they sprinkle with lemon juice and then sprinkle with a pinch of white pepper).

In America, two cities spend strawberry festivals — PlantCity in Florida and Pasadena in Texas (not to be confused with the same Californian city!).

It is known that the strawberry became the symbol of Pasadena since 1900, when all the crops of local residents destroyed the hurricane and the vacated areas they sowed with strawberries, which quickly brought harvest and saved the inhabitants of the city from starvation.

It is believed that 10 kilograms of strawberries eaten during the summer season will strengthen your health like nothing else. And in fact: the immune system is strengthened, the metabolism is normalized, the cardiovascular system is protected more than ever.

Strawberries are good for gums, even protect against headaches, because they contain substances that are close to the composition of aspirin.

Do you know that 150 grams of strawberries drive away negative emotions?

Try to eat these seven berries — really drive off!

Strawberries are highly respected by cosmetologists. First, a mask of fresh strawberries is the best remedy for age spots. Secondly, it contains salicylic acid, which has an exfoliating effect.

Finally, in strawberries there is copper, which stimulates the production of collagen, which keeps the skin elastic.

AT wild form in Russia there are three types of strawberries:

The berries of all these wild species are small, weighing 1-3 grams.

They are not usually called strawberries.

Many varieties are hybrids.

In the afternoon — prepare one of a variety of savory dishes: strawberries are suitable for seafood and poultry, can make an ensemble with lettuce leaves, parmesan, cucumber and green onions, and season it with olive oil with a drop of vinegar, lemon juice and pine nuts — or mustard. .

For dinner, you can come up with even a chicken with strawberry-wine sauce, even berry paste (knead the dough on strawberry juice with flour, 2 eggs, a spoon of vegetable oil, salt, pepper and honey; roll thinly thinly and cut into wide strips; boil milk).

Who tried — do not forget.

Among the strawberry blanks, it is worth mentioning jam, marmalade, jam (including “five minutes”), syrup, meat sauces.

Berries can be simply rubbed with sugar.

Not every berry bought in a store or picked at a garden is of better quality.

However, a good cook and then find a way out of the situation.

He will put an unripe berry for jam; ripe, but not very attractive — in jelly or frozen; overripe — in marmalade, syrup, sauces.

In these months, the berry is abundantly represented in the markets.

At other times in the store you can find greenhouse strawberries (including from Israel and Chile), which, of course, do not compare with fresh seasonal taste and taste.

The main criterion when choosing strawberries should be one: it must be fresh. That is, it was torn not earlier than 48 hours ago and during this time that had not been in the fridge: after freezing, there is neither taste nor aroma in the berry (although vitamins remain).

When picking berries from the bed, leave the green tail — the berries last longer with it.

Look at the color of the berries — dark red is one of the indicators of taste: since strawberries do not change much in color after they are picked, then its burgundy hue may indicate its ripeness.

Sweet, ripe strawberries will have a strong, rich flavor.

Try to buy berries in the market, and not in grocery stores and supermarkets.

Forest strawberries in general can only be bought on the market.

As a rule, strawberries purchased on the market have not been stored for a long time and will be local for 80 percent, and therefore, recently picked from the garden.

Thus, you can find the best strawberry seller and take fragrant, delicious berries only from him.

Remember that the season of fresh strawberries lasts no more than 3-4 weeks.

Strawberries can not be stored in the refrigerator for a long time.

If it was grown with the help of nitrates, then in the refrigerator they will turn into nitrites — carcinogenic substances.

Ideally, it is generally better not to store strawberries.

Experts advise to eat it within two days after the berry was picked (and, of course, did not lie in the refrigerator).

Therefore, if you buy strawberries, then take it in small quantities — so that you can eat right away.

In extreme cases, the berry can lie down in the fridge for an hour or two: but at the same time it cannot be washed (so that it does not become “kvasha” and vitamins do not “evaporate” from it).

Before use, of course, wash the berry.

To save the berries for a long time, you can freeze them (then they, however, will only go to baking, sauces and compotes) or rub with sugar. 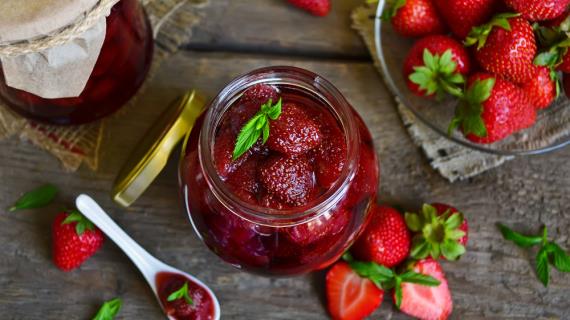 Strawberry jam can be cooked in different ways: someone prefers a quick jam. 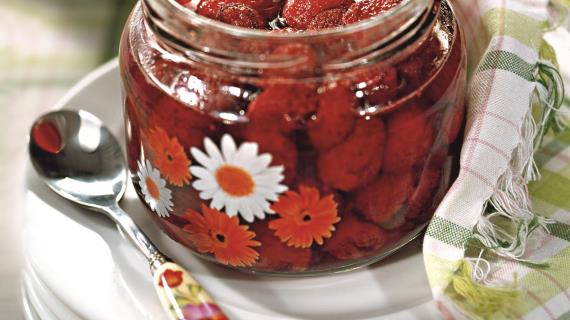 So this berry was called for bent, proximity to the earth. Frequently used name. 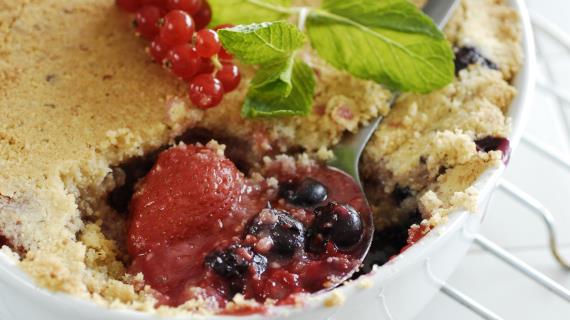 Berry pies are a real summer treat that is prepared with any seasonal berries. . 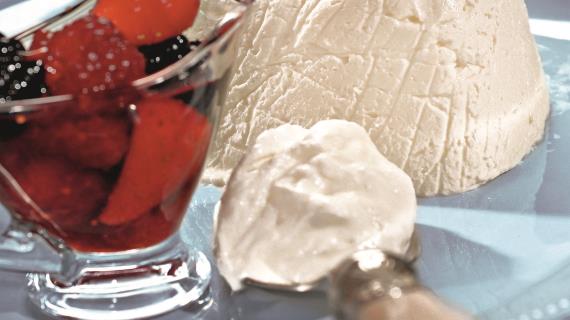 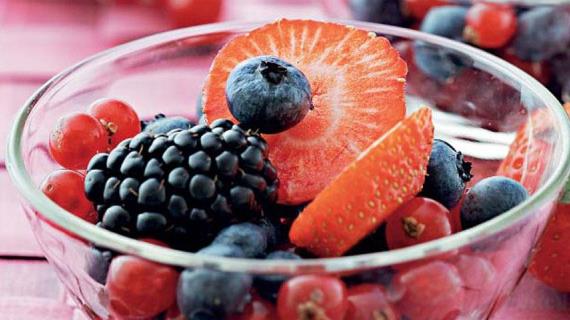 Berries — summer pleasure, the season of each of them is transient (three to four weeks). In the end . 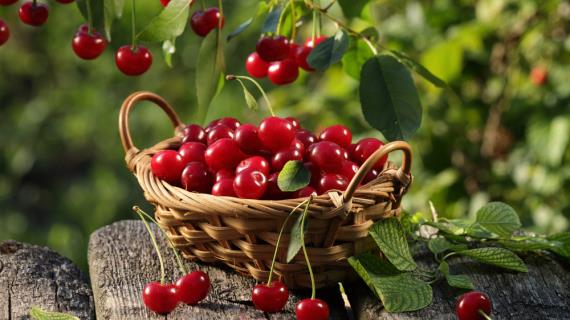 Ordinary cherries (or Cerasus vulgaris — as botanists call it) have been bred since ancient times. . 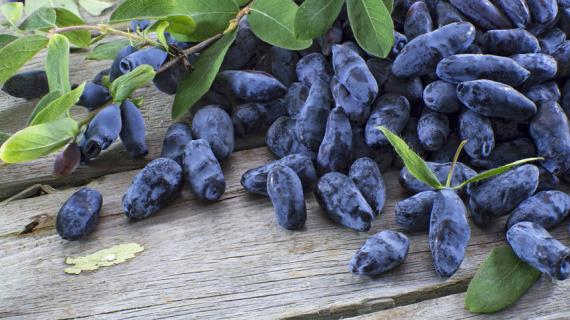 Honeysuckle is one of the earliest berries. In some years, the first honeysuckle has ripened in.