Today we will cook Italian pasta. Tutu egg tagliatelle with spinach the company provided us with a sample De cecco. The idea of ​​the sauce for them was suggested by an Italian chef working in Moscow Giuseppe D’Angelo.

And we have prepared this pasta according to his recipe at home. 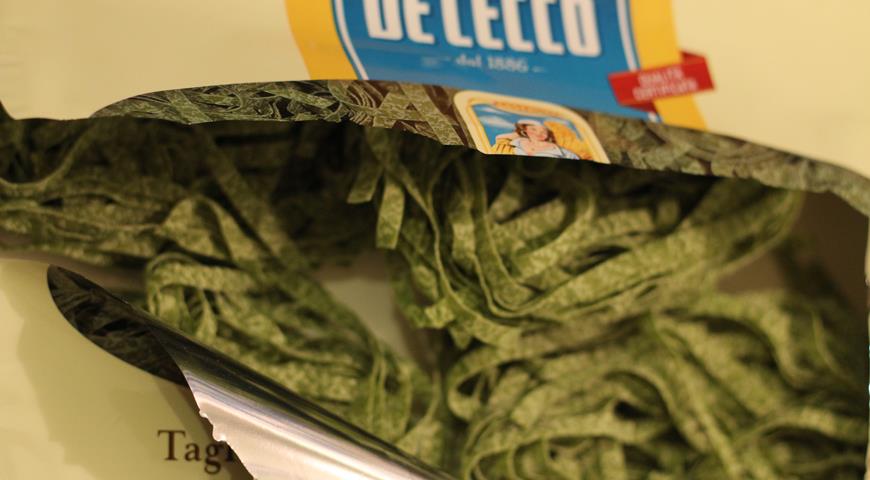 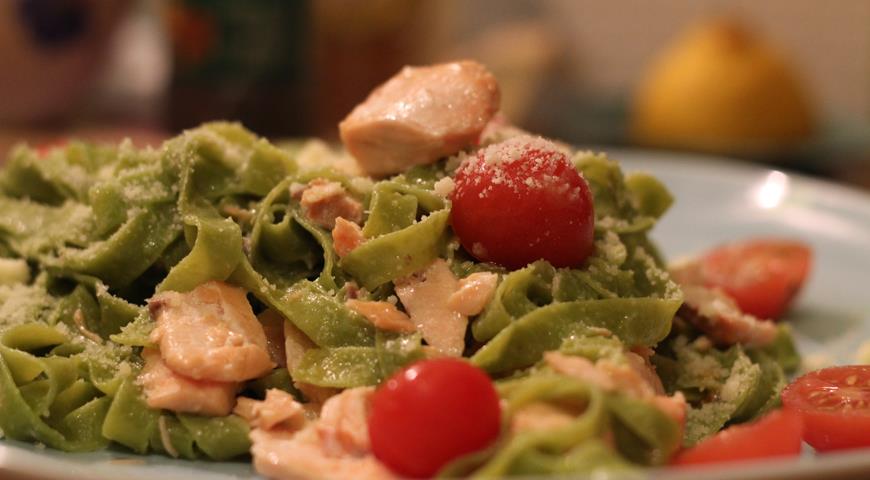 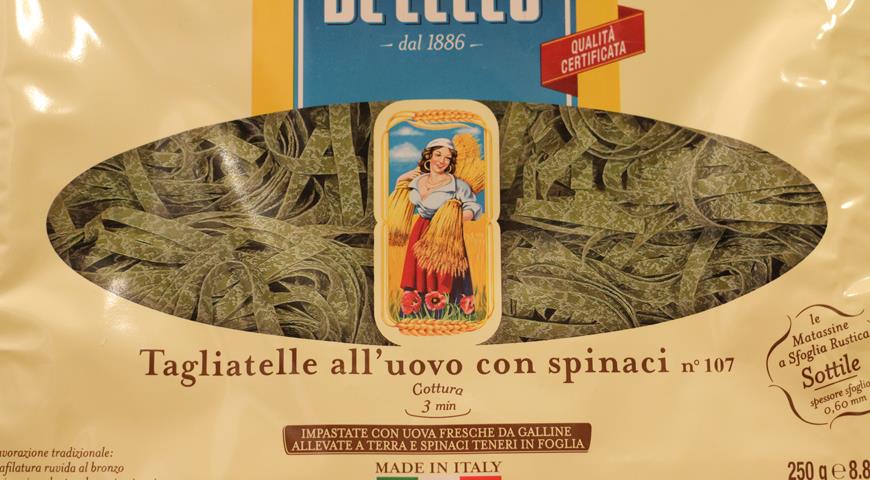 Spinach Pasta — one of the traditional types of Italian pasta. In most cases, the green color of the paste is attached using spinach.

Spinach is used frozen or fresh — and in fact, and in another case, it turns out not only beautiful, but also useful. By the way, in Italy, children who do not want to eat vegetables in any way are fed this kind of colored pasta.

There is a lot of use in it.

This benefit, by the way, is associated not only with spinach.

For the production of pasta, the vast majority of Italian manufacturers use not bread flour, but coarse flour from durum wheat — it is much more useful.

Thanks to hard wheat, Italian pasta becomes part of the Mediterranean diet.

In terms of taste, spinach and other “color” ingredients are usually barely felt.

Therefore, the specific requirements for the recipe «colors» for themselves does not entail.

If you open a pack of egg tagliatelle with spinach (tagliatelle all’uovo con spinaci) and hold on the surface of the paste with your fingers, you can feel how rough it is.

It’s good. This means that at the factory De cecco the paste was formed not with Teflon, but with the old method using a bronze nozzle.

On the surface of the paste remains a chaotic pattern, clearly visible pores that well retain any liquid. As a rule, such pasta collects the sauce in itself.

And we have a great opportunity to test the capabilities of these tagliatelle in practice.

So, first we sow the onions in a pan, then add diced salmon to it.

Stir until the salmon is soft pink on all sides, and add a little vodka to the pan. Then — the most beautiful sight in the kitchen, flaming: we set fire to vodka and wait for a very short time until the salmon almost turn red. If necessary, the flame can be extinguished — simply “blow off”.

Next, boil the pasta in boiling salty water. We take the paste out of the water a little in advance, a couple of minutes before full readiness, clearly not prepared.

That is, on the one hand, we give it a texture «al dente”, Allowing the most complete revelation of her taste and preserve the usefulness of hard wheat, but on the other hand, we also leave her the opportunity to get a little bit on the skillet with the sauce and at the same time not lose that very structure“ al dente ”.

Next, for some small time, we combine pasta and hot salmon cream sauce in a frying pan and bring it to the floor for half a minute.

It is then that it becomes clear that the paste is good. She herself «eats» the sauce, absorbs all the moisture from it, is filled with liquid. Virtually the entire sauce is inside the pores of this paste.

Pasta and sauce are connected in an inseparable whole.

It remains only to sprinkle it with rubbed parmesan (or whatever we use instead of it at the present time) — and voila, spinach tagliatelle with salmon and cream are ready!