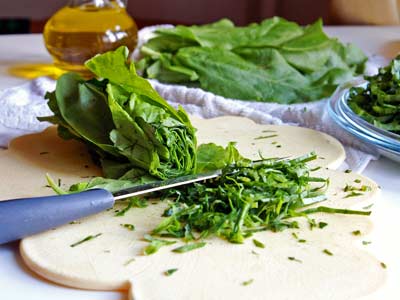 Spring, and not winter at all, is the most terrible time in Russia. The meager grain reserves are eaten up, the cow only has enough milk per calf, the chickens rush to the fourth in three days, the lean cattle will not be able to score a hand. Therefore, with such joy the peasants (I remind them that even by 1920 there were 80% of the population in the country) met the first grass.

On the table was almost all the first vegetation: nettle, plantain, snyt, quinoa, dandelion. Of course, it was just a way to deceive hunger, to fill at least something with a belly.

Herbal Recipes were to the limit simple.

The grass was chopped, thrown into boiling water, boiled for several minutes, this broth was whitened with skim milk and chopped egg.

Well, when there was bread or steamed grain, then the brew was saturated with them. There also crumbled onions.

These broths not only deceived hunger, but also gave the body vitamins.

Russians were not alone in eating grassy plants. Peasants in poor European countries also ate. Goethe traveling on Italy at the end of the XVIII century, compares local peasants with goats.

He describes them as prowling through meadows with baskets into which they stuffed up to 50 kinds of grass.

In every corner of Europe, the peasantry and generally poor people domesticated one or another type of grass, made it a priority in their diet.

In Italy, it became leaf salad (up to 40 species already at the beginning of the XIX century) and arugula — a joyful, a relative of our dandelion.

Europe just north — asparagus, food of the poor in Germany, in France, Belgium.

And in Russia, the king of grass became sorrel.

What to cook from sorrel: Russian experience

Sorrel — the only domesticated herbal food in Russia. We do not grow in the gardens varieties of quinoa or dandelion. The rest of the spicy, popular herb is borrowed from other regions — parsley, dill, celery, basil, etc. Only lovage — This is a plant of our strip, from the old used as a spicy additive.

But in recent years, lovage has become a real rarity: it is not in supermarkets, and even in large metropolitan markets you will find it difficult.

Probably, most chefs in metropolitan restaurants do not add it to any dish.

But sorrel is unchanged, for several centuries now — our king-grass. Sorrel main course is soup.

Like any herbal soup, they are very easy to prepare.

First, the preparation is done to taste — lean or meat broth, overcooked carrots, onions and, to taste, white roots. Sliced ​​potatoes as the penultimate stage of preparation, and the last — 2-3 minutes before being ready to pour crushed sorrel. Many add chopped boiled egg and sour cream to the plate.

In the forest-steppe belt, for example, in the Voronezh region, I was often treated to cabbage of sorrel, where instead of potatoes there was barley.

It was an analogue of the steppe variant of pickle, where the acid was given not by cucumbers, but by sorrel.

Acid — this is the main feature of sorrel. In our strip, only grass has it. Kislitsy, but it is not so pronounced.

And this property sorrel it is necessary to use shamelessly.

It is especially suitable for those who are prescribed a salt-free diet.

But all other eaters can chop this herb in most dishes.

No matter how strange it looks, but sorrel is good in cold drinks: quit him enough in compote from freshly dried fruit (apples or pears) just a minute and a half to readiness. 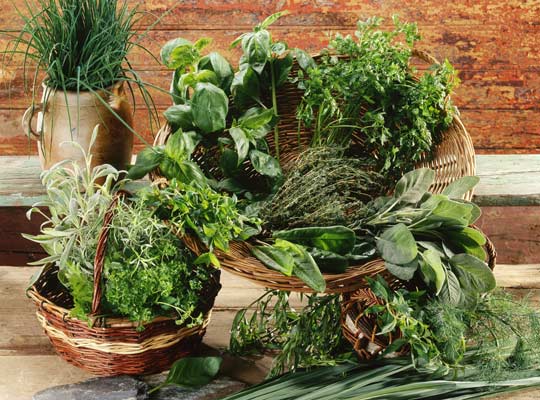 Sorrel is good in vegetable salads, especially where there is tomatoes — with him he has a friendship for all ages.

Well, the easiest recipe is sorrel salad according to principle Italian peasants two centuries ago. Tear the leaves into small pieces, sprinkle with olive oil, sprinkle with breadcrumbs and some dry, freshly cheese (the same italian grano padano).

Two kilograms at a time such a salad as the Italians, of course, do not eat.

But the stomach will not be like a drum. 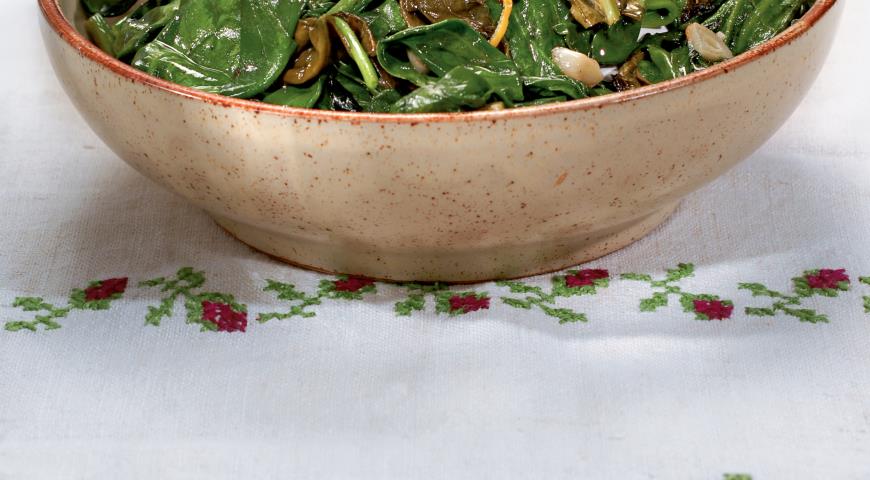 Sorrel is known to people from ancient times, although in Russia it was considered a weed for a long time and was afraid of it.

It appears in early spring when our body. 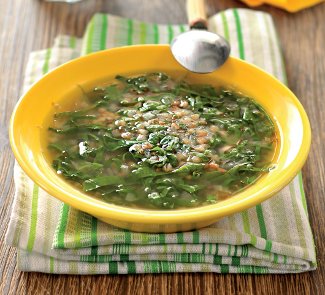 People have long appreciated the healing properties of nettle, and science confirms them: there is four times more vitamin C in it than in oranges and lemons, carotene in it more than in carrots. Among nettle recipes.

Dandelion leaves and flowers are the first vitamin greens, from which you can prepare many delicious dishes. Salads are made from tender dandelion leaves.

For these purposes, gather young leaves. 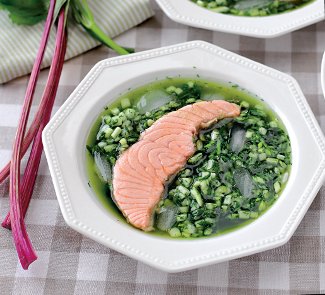 Dreamed of utility stands in the same row with nettles, and, unlike it, can be used in its raw form — you do not need to sleep or cook and scald.

For food they collect the youngest.