“What awaits us after Brexit?” This is the main question asked by the professionals of the gastronomic market and amateurs “in the subject line”.

And here we, the Russians, understand the British as no one else: our own reality has seriously changed after the imposition of sanctions.

The exit of Great Britain from the European Union is, of course, a completely different story, but it will similarly close the borders and, obviously, will change the existing restaurant culture in England. 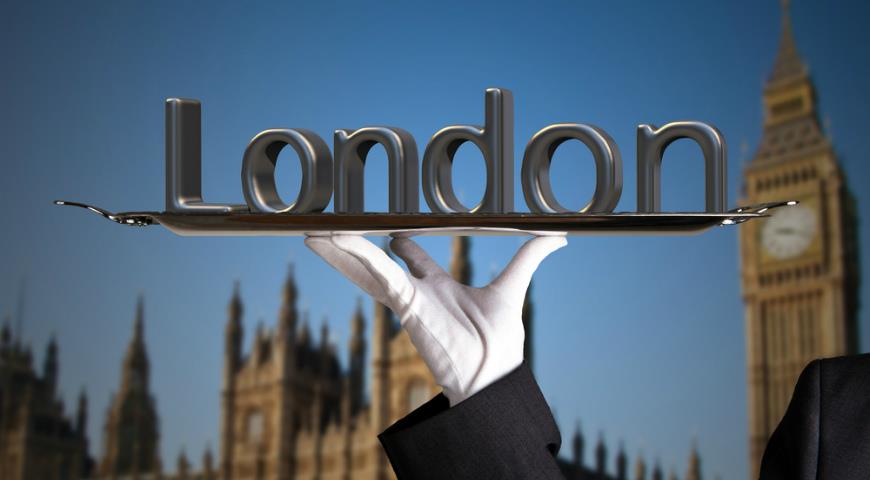 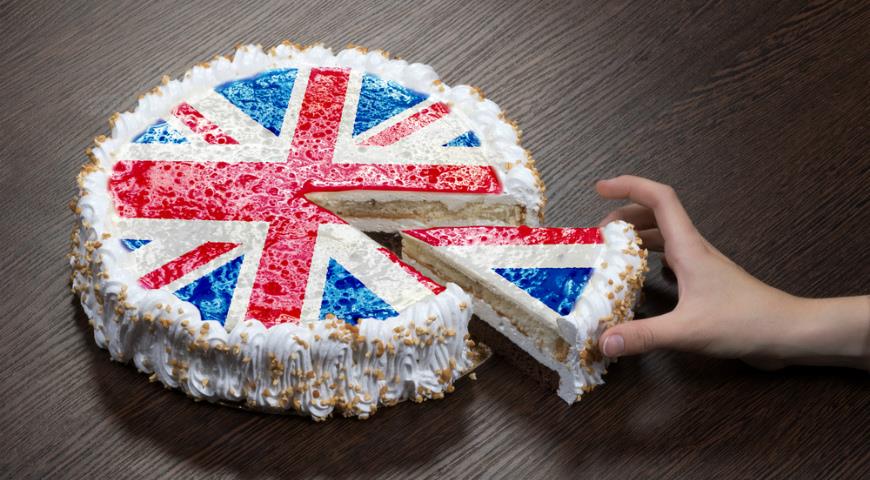 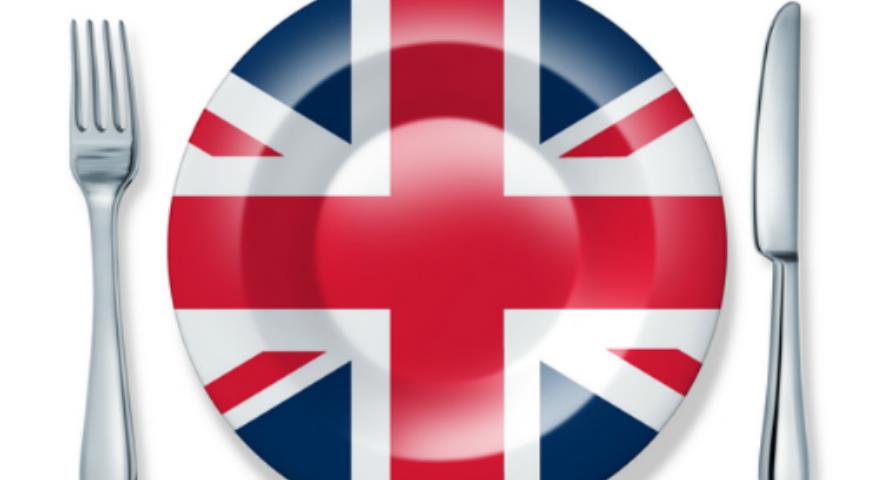 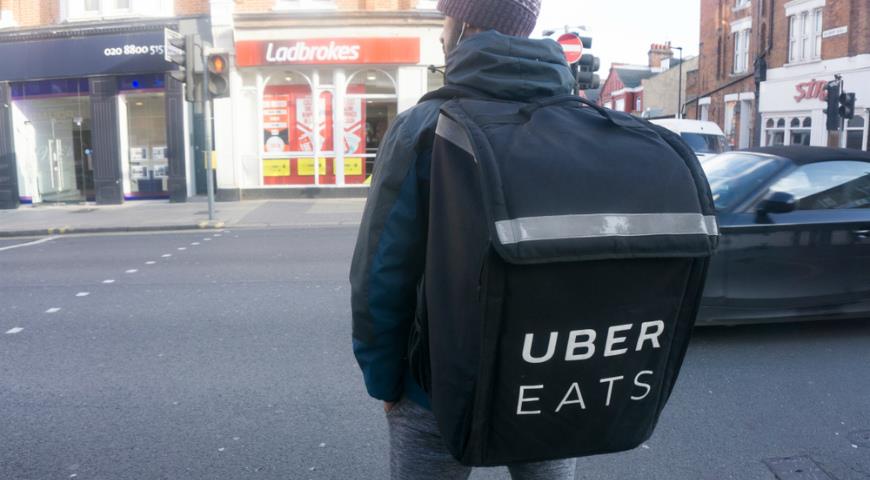 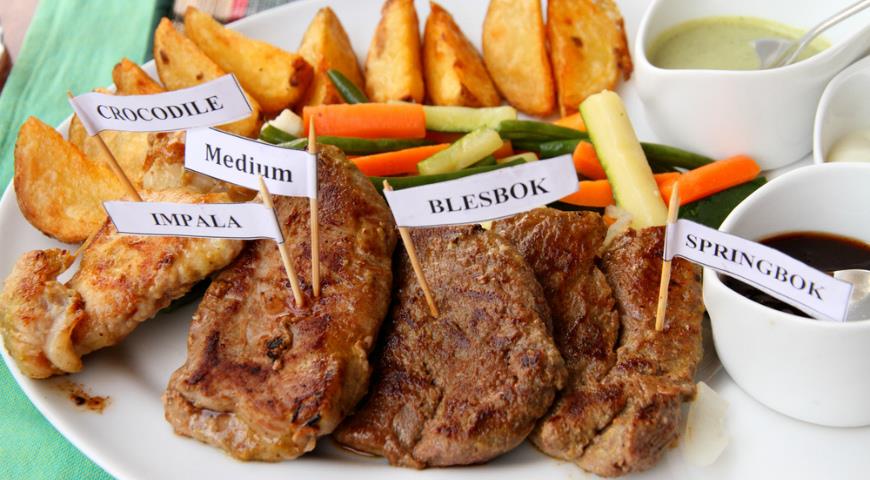 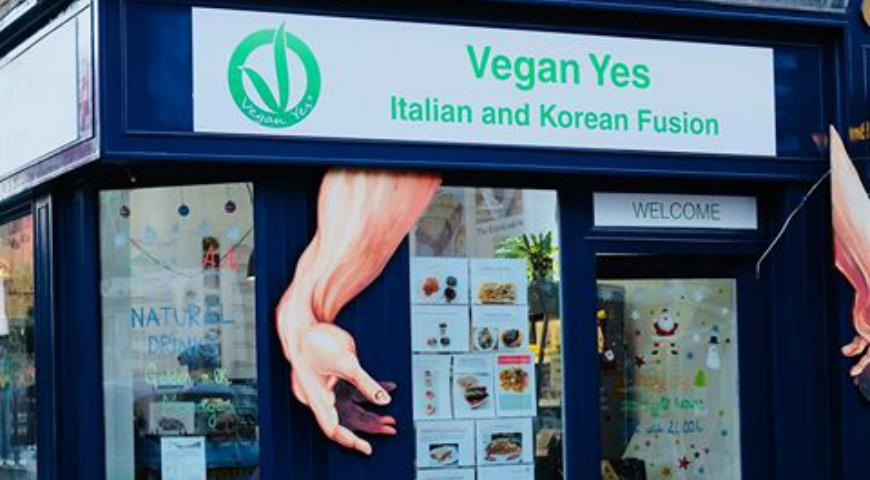 According to statistics (a study of the KPMG group), a quarter of the three million people employed in the British hospitality industry are foreigners from Europe, 25% of them are chefs, people who have until now defined the characteristic eclecticism of English cuisine.

Against the background of future bureaucratic difficulties, it is expected that many of them will leave Albion (they say that the most active part of the professionals will move to Paris or Frankfurt, which will lead to a gastronomic boom in these cities).

Few Brexit accepts enthusiastically (“Hooray, good old English cuisine will finally return, long live meat with potatoes and green peas!”), Most are looking to the future with the opposite mood, expecting a rise in food prices and a lack of skilled workers in industry.

There is such a topic in recent years in multinational London — one of the “English-speaking” cuisines is always in special honor here. Londoners, according to the heading of the Evening Standard, «went crazy about Irish food.» «Irish cuisine — reported the magazine, — this is the opposite of a complex menu of 12-course sets, with button-sized portions, of beetroot folded in origami and glazed combuch … — this is a generous, cordial and very comfortable meal.

And it responds to us with its seasonality and locality, the taste of animal meat on free grazing and special cheeses, fresh, juicy vegetables, thick slices of bread, smeared with salted butter.

And of course, potatoes, the queen of carbohydrates.

The principle declared by Irish restaurants (for example, Nuala and Corrigan’s): «Eat Irish, and you will never be hungry.»

Then Ozzy was in fashion — Granger And Co, Farm Girl, Dickie-Fitz and others — Australians with their light and lounge facilities, as if transferring straight to the coast, with a barbecue and a slight Asian accent.

So the residents of London, unlike us, already know the basics of this not very famous cuisine in the world.

They know, for example, that it is based on meat, that the main South African passion is barbecue in any weather, that in every supermarket there is an endless counter with different types of pickled grill meat — from braai (from beef and lamb to ostrich and antelope kudu and springbok).

Oh, and by the way, South African wines in London are also in trend.

Barbecue from meat of exotic animals

Who does not know about the glory of London as a city with the most multinational cuisine on the planet? Authentic ethnic food — at every step, but the most fashionable places have come up with a kind of ethnic fusion, kitchen fusion, which we didn’t even think about being crossed. For example, Korean and Italian cuisine (in restaurants Vegan yes prepare pasta with kimchi, “Neapolitan kimbap” and “toponponki” (i.e., gnocchi with spicy fermented pasta).

One of the first high-profile discoveries of 2018 was the restaurant Scully, named after his boss, the disciple of the Ottolengi, in which many different kinds of blood were mixed.

Ramael Scully explicitly declares that she is preparing Sino-Indian-Irish-Balinese cuisine. By the way, we are curious what will be the first joint project of Russian cuisine?

The fact that such a project will arise soon does not even have to be doubted, looking at the dominance of Russian gastronomic entrepreneurs in London (here Arkady Novikov, Mikhail Zelman, Ginza, Alexei Zimin, and the crabs from Alexander Belkovich and Gennady Mirgorodsky , President of SZRK (North-West Fisheries Consortium), and wine from Evgeny Chichvarkin). 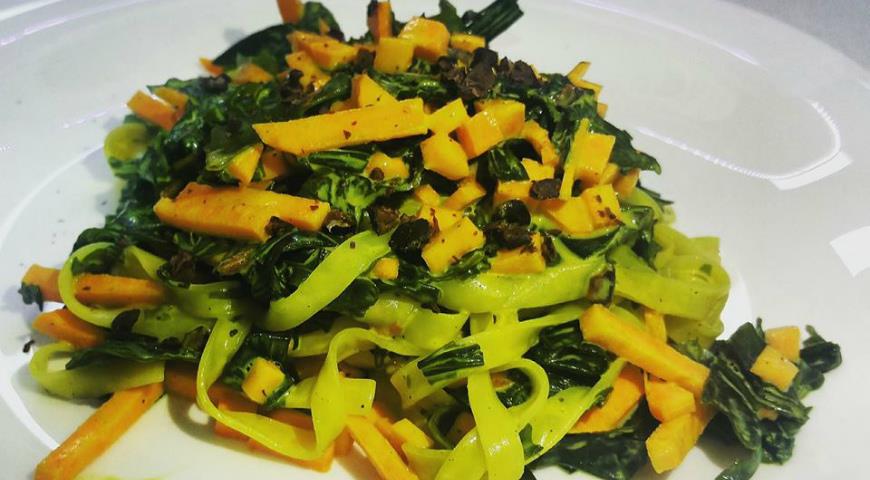 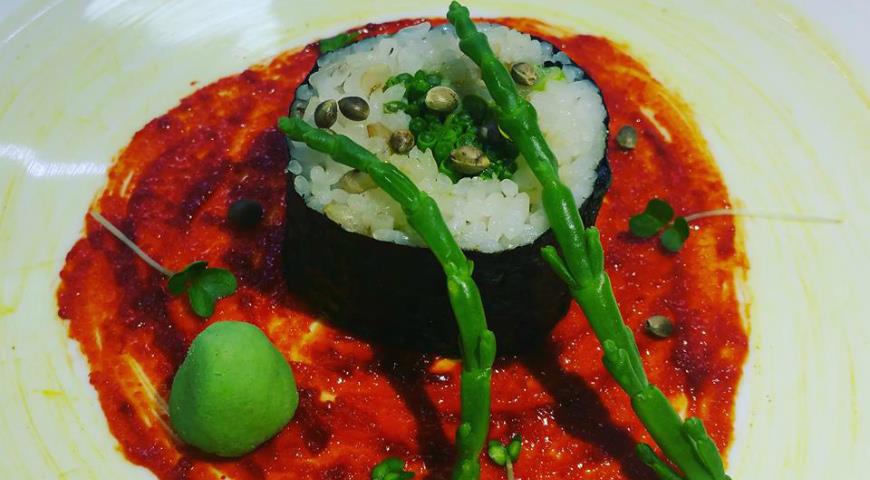 Never before has the history of modern food «junk food» been so attractive. Eating a juicy burger, hotdog, or shawarma at a kiosk was inevitably accompanied by a feeling of guilt sucking somewhere under the spoon (“for not being kept”).

This year, London was overwhelmed by a passion for vegan street food — that is, not just healthy, but extremely healthy street food. Grilled Portobello Bean or Portobello Burgers (By chloe), «Fried chicken» from seitan (Temple of seitan), Thai curry with tofu (Greedy khao), cardamom hummus ((Return to Shashamane), chamomile and zucchini pies (Vegan sweet Tooth), exotic breadfruit on a barbecue (Club mexicana), baked in indian tandoori cauliflower (Spice Box), and other chips from sycamore and cactus, lentil tacos and nut cheeses — no one could have imagined such vegan variety in the format of «street food».

Kiosks and stalls with a variety of dishes appeared on the markets in Camden, Greenwich and others.

At the beginning of winter in the holy of holies, gallery Tate modern, a few weekends in a row worked pop-up Pure filth: burgers on beetroot and carrot buns with aioli, avocado, gherkins, beet ketchup, lettuce and lactose free cheese.

And last summer the first festival took place at Kings Cross — obviously, in a series of many — the city festival of vegan street food. 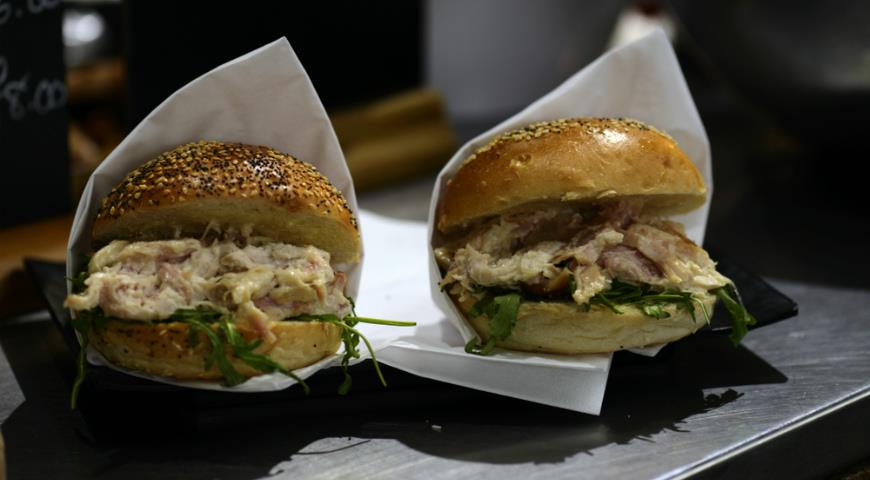 London is experiencing a tea renaissance. A few years ago, the Russians who came to England, lovers of “pochaevnichat”, were disappointed that it was difficult to find good tea — in fact, the traditional five o’clock turned out to be much poorer than the imagination. Now the situation is changing (although so far, even in an expensive place, you can get a builder’s cup, a teapot brewed in a teapot, under the guise of tea).

In London, like mushrooms after rain, tea rooms multiply, in which there is an excellent, properly brewed tea, and an atmosphere.

Classic afternoon tea — with scones, sandwiches and Indian tea brewed in a fine porcelain teapot — served in Fortnum and Masons.

As we know, Indian, Chinese and Japanese tea are three different universes, and for each universe in London there are addresses. Authentic Chinese tea can be found in a small shop. The Chinese Tea Company at Portobello, where the mistress of Juan himself will pour him, or in a tisope Meileaf in Camden. The latter is located inside a Chinese pharmacy, with drawers of dark wood to the ceiling and an unspeakable scent of potions, herbs and roots.

For lovers of Japanese teas there is, for example, Lagu in Clapham (their match-latte is considered one of the best in the city) and Katsute100, where even desserts are made on the basis of tea. 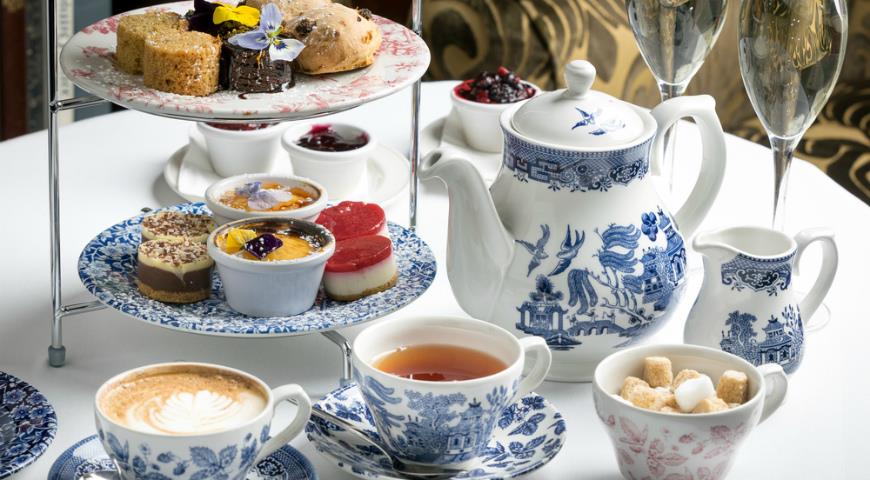 In general, in London, a sip of hot tea can be “refilled” literally at every step — tastings are constantly held at any tea shop.

Worth a look, for example, in the flagship Twinings on the Strand — the oldest chishop of the city.

Tea is tasted here in a museum atmosphere (from which you will learn that Twinings are not just cheap bags in all the supermarkets of the world, but a whole dynasty, including a line of expensive, weighted teas).

Among the historic London sites — and shop Postcard teas, in which tea was sold from the 19th century, but now, thanks to a new owner, who, together with his Japanese wife and Chinese partner, updated the map and personally drives around the plantations, this store has become a real place of tea strength. 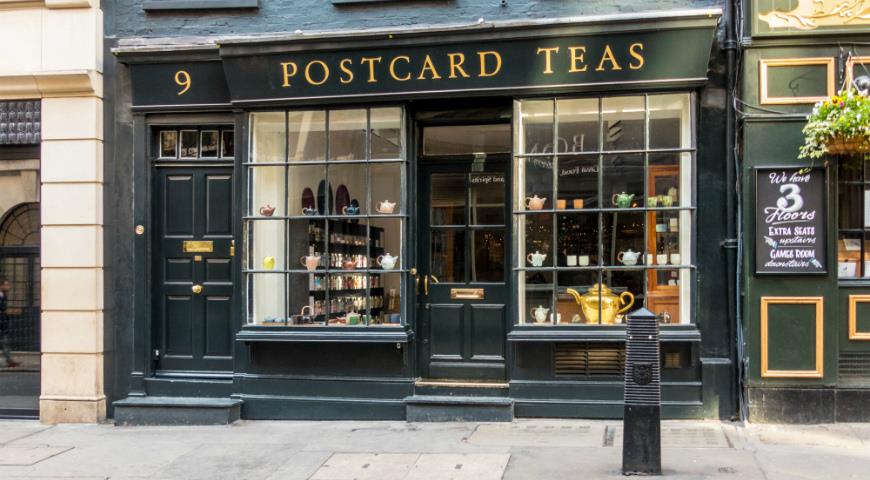 Extravagant restaurants are in any big city. But for this article, London is a lot of points ahead of Moscow.

If our top of unusual places is a restaurant on the 85th floor, a restaurant in the dark and a plasticine cafe, then in London there are much more strange concepts.

For example, a restaurant in a pharmacy (Pharmacy2), a restaurant in the former sex shop (Bodega negra) and a coffee shop in the Victorian toilet (Attendant). AT Bunga bunga You need to go through the telephone booth to find inside the bar in the form of a Venetian gondola.

A restaurant Circus Circus is dedicated to it, in which the removal of each pan-Asian menu is accompanied by acrobats or fire eaters.

AT Sarastro go lovers of opera. Clink is in prison, the prisoners themselves prepare and serve food there (however, this has been a popular genre in Europe for several years now).

AT Tincan serves canned food from around the world — inexpensive, original. Londoners do not get tired of looking for new acute culinary sensations, and now they are whispering about the new opening of the season, they say, somewhere near Brick Lane a Turkish hamam restaurant has appeared, it is still secret, but the information is leaking and seeping into the blogs and magazines … 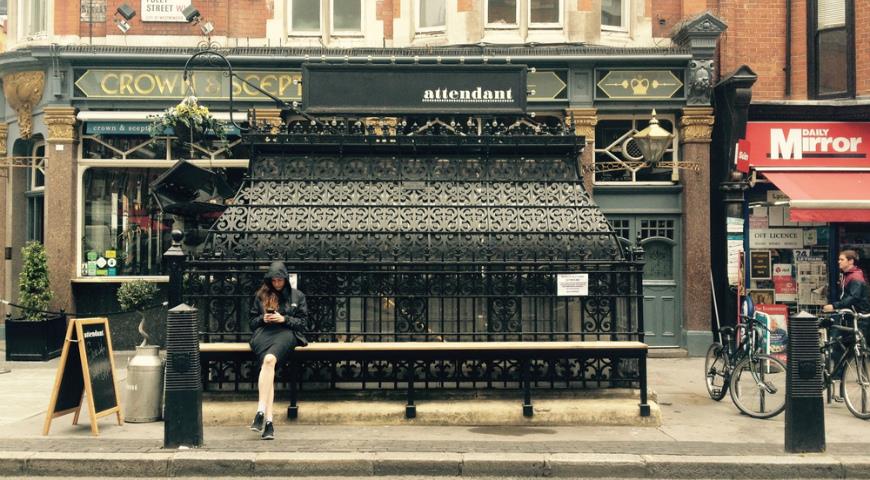 The Attendant Cafe was opened at the public toilet of the time of the victorians.

Britain should finally leave the European Union in October 2018.