Shrimps vary greatly in size: the largest account for less than 20 pieces per 1 kg, and the smallest in the same kilogram can be from 100 pieces or more. 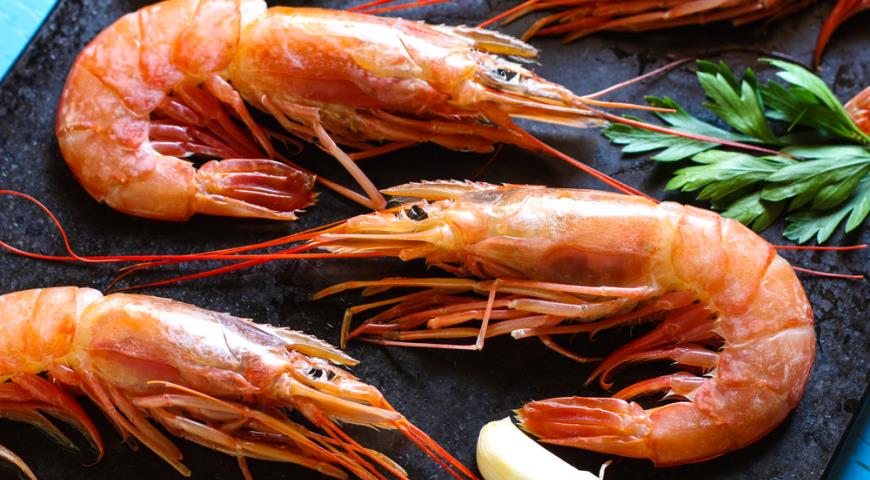 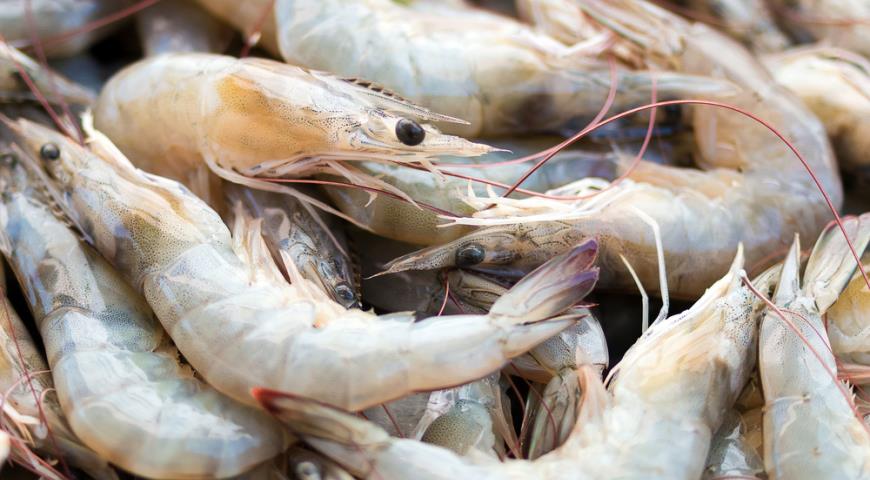 Shrimps vary greatly in size: the largest account for less than 20 pieces per 1 kg, and the smallest in the same kilogram can be from 100 pieces or more.

Shrimps live in the seas, and many species in fresh waters around the world. These crustaceans number more than 2000 species.

The size of adult shrimp varies from 2 cm to more than 30 cm.

For example, only in the seas of the Russian Far East more than 100 different species of this marine fauna, many of which are the subject of industrial fishing.

The numbers that you see on the package of shrimp are the number of them per kilogram.

The meat of these crustaceans is a real natural pantry of every kind of utility. Especially a lot of iodine in it, it is rich in sodium, calcium, phosphorus … — you can list almost half of the periodic table.

There is a lot of protein in it, but there is practically no fat.

And from the smallest shrimp, pre-salted, and then fermented, make shrimp paste, which is used in seasonings and sauces.

Despite the abundance of shrimp species, only about 50 species are valued in cooking.

Commercial shrimp can be divided into three main categories: northern tropical and freshwater.

More shrimps in trade are divided into sizes — from the smallest, which you can not even clean from the shell, to the huge «Jumbo», those that grow up to 32 cm.

Among the recently popular species that have become popular in our country, tiger shrimp can be particularly emphasized, its length reaching 20 cm.

She received her name for a beautiful dark green shell with almost black stripes.

Recently, in specialized fish stores, new types of shrimp have appeared for us — for example, a large variety shrimp cardinal, the shell of which in its raw form is already red.

Or gray french shrimp with the most tender meat.

Small European shrimps, which are found in the Norwegian fjords and in the Skaggerak Strait, are also highly valued.

Shrimps, especially the smallest, play an important role in the ecosystem.

Without these crustaceans that transform plant cells into easily digestible animal feed, the existence of most aquatic fauna would be almost impossible.

And the content of iodine, these crustaceans occupy one of the first places among all seafood.

Shrimp is eaten hot and cold.

There are many ways to cook these crustaceans.

During heat treatment, it is very easy to notice when the crustacean is ready — as soon as the color changes from grayish to pink, you can eat shrimp.

They clean the shrimp like this: first they unscrew its head, then, holding the tail, tear off the legs and remove the shell. And in the end you need to incise the back length and gently, with a paper towel, remove the intestine — a black strip running along the center of the back.

Large shrimps can be carefully removed from the shell without damaging it, marinate the meat in olive oil with spices and white wine for 10 minutes, and then grill it, putting it back in the shell.

Shrimp also eat caviar. In Japan, shrimp caviar is considered a delicacy and is called «Ebiko.» In Southeast Asia, shrimp are also made into a variety of sauces and pasta, which is often added to the soup to give a special flavor note.

Pasta is made from very small crustaceans, which are salted and fermented.

In Asia, also several types of shrimp are eaten raw.

If we consider that the shelf life of processed and chilled shrimp does not exceed four days, it is clear why they reach us more often in frozen form, and the overwhelming majority are already boiled right after catching directly on the trawler in sea water.

They need only be slowly thawed and heated for 1-2 minutes in boiling water or in oil in a frying pan (and for salads and reheating is not necessary).

The tail of boiled and frozen shrimp should be bent — this is evidence that it was cooked alive immediately after the catch. The more the shrimp is unbent, the longer it lasts before cooking and the worse the quality.

The black head also speaks of poor quality — this means that after catching the shrimp was not frozen for a long time. 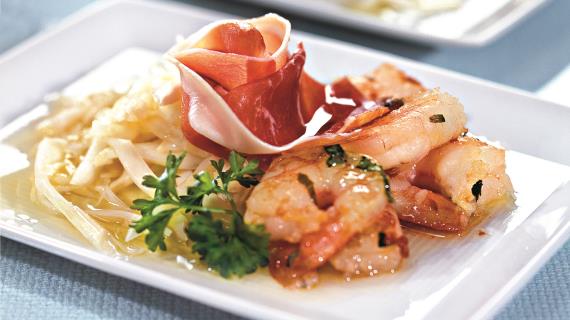 Shrimps can be baked on a grill, fried or boiled. To give them a piquant flavor, add in. 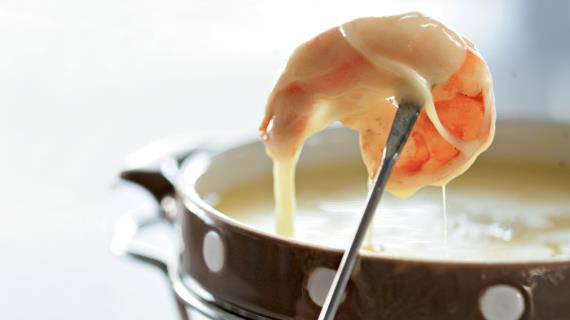 Shrimp meat is a real natural pantry of all kinds of utilities. Especially a lot of iodine in it,. 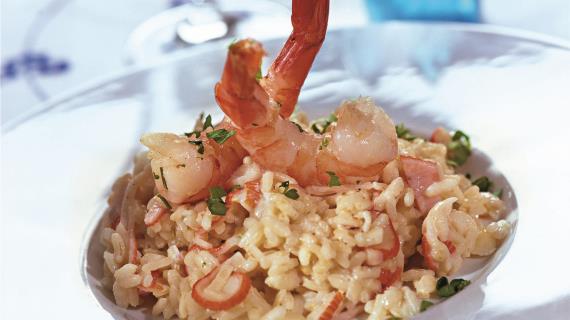 Among the main hot dishes with seafood, it is worthwhile to separately distinguish dishes in which seafood. 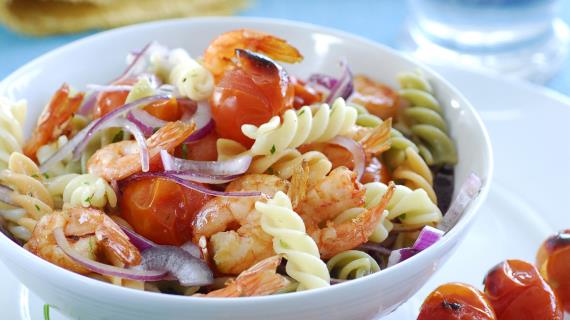 This weekend we will cook everything on fire to get the most out of the taste of summer. While waiting. 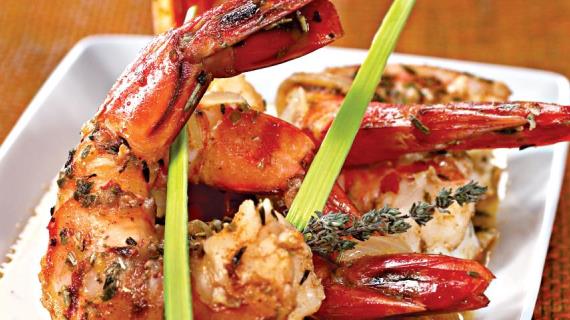 Shrimps are great for beer. They can be grilled, baked or boiled. To 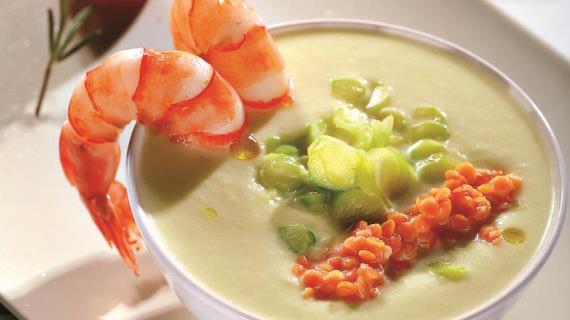 Soups with shrimps are in many culinary traditions of the world. One of the most amazing -. 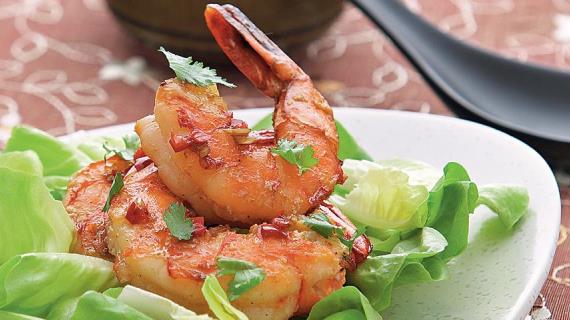 Shrimps are great for salads — both on their own and with other seafood.