Главная » Cooking » Sharbel Aoun: a cook-consultant on what awaits fine dining in the future

Sharbel Aoun: a cook-consultant on what awaits fine dining in the future

Sharbel Aoun: a cook-consultant on what awaits fine dining in the future

Chef Charbel Aoun has a serious list of regalia. He is the first chef from Lebanon, whose European restaurant received 2 Michelin Stars. Moreover, the youngest chef marked by the Red Guide is only 23 years.

On his account an international prize Golden Molecular Gastronomy for the creativity of the kitchen and the Stockholm medal Royal Society of Arts. It is quite enough to wonder why a chef of this rank agreed to advise in Moscow a network of sandwich bars at office centers. We met with Sharbel Aoun in the very sandwich under the funny name «Greedy» and asked how he came to such a life.

As a result, they came to the conclusion that it is useful for any chef to work in fast food. 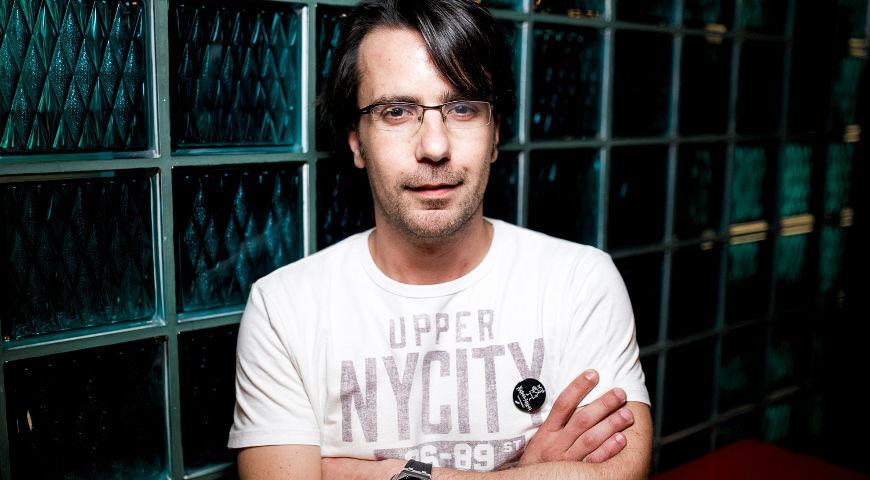 You practically all your career are engaged in restaurant consulting, you travel around the world endlessly.

Did you have the idea to sit somewhere in one restaurant and bring it to the best restaurants in the world?

With me it was already.

I got my first Michelin star at 23, in a restaurant L’auberges in the Dutch city Edam. Before my arrival, it was just a faceless restaurant at the hotel, so the first star, and then the second, were really mine, “chefs”.

And I realized that this rather difficult success I needed to turn so that my life became a little more interesting. I could not even imagine that I would work in the same restaurant for ten, twenty years.

To achieve the third star, then try to keep it … This is not my life.

I decided that it would be more fun to travel around the world and offer my services to those who need them, and start from scratch every time.

And how quickly did this idea become reality?

We are with a partner, chef Tonny Daniels, who also worked in a restaurant with stars, set up his consulting agency in about six months. For the chef, the Michelin star is like a gold medal for an athlete, a winning line in a resume that instantly opens the door, the main thing is to have time to enter them before this star shines to anyone else.

Therefore, we did not hesitate.

Tonny and I were an international team, he is half American, half Dane, I am half Lebanese, half Swede.

Therefore, on all continents we could communicate without translators. The extent to which we were then ambitious, you can judge by the name of our consulting agency — «Morel and truffle» (Morriles & Truffles), that is, we have connected in the title the two most expensive mushrooms in the world.

This, of course, was presumptuous, but very funny: «Morel and truffle, at your service!». 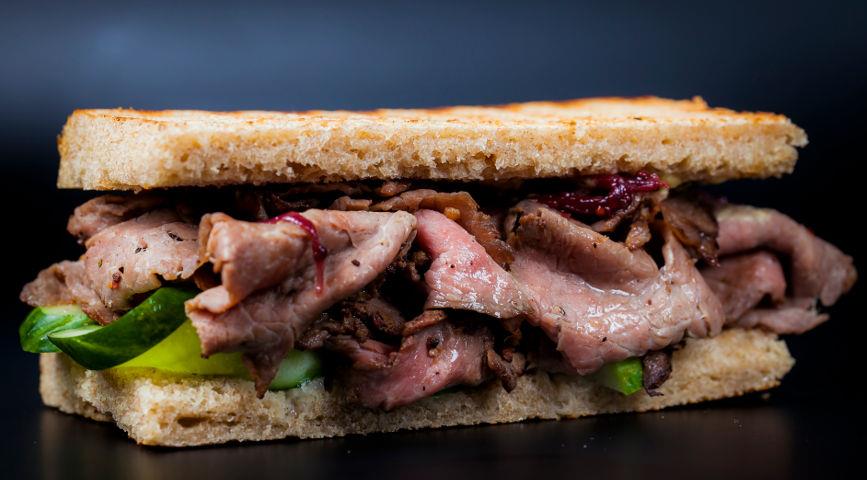 But wasn’t it easier to travel the world just by moving as a chef from one Michelin-starred restaurant to another?

Being a chef at a Michelin-starred restaurant is a daily stress.

I will say this: when in the films the head chef of a Michelin restaurant slowly goes crazy year after year, because in every disgruntled guest he sees the inspector Red Guide, — There is some truth in this.

Restaurant consulting is also hard bread, because ultimately the result of the effort you put in depends not on you, but on restaurant owners who can listen — and do everything in their own way.

And the stars do not get to you, but to them.

This is partly why our company broke up — in 2008, when the crisis hit, no one wanted to open restaurants. And our ship gave a leak. I was a private chef for several years, including swedish government, but then I went back to consulting anyway, for me this is a real adrenaline when the concept that was in your head starts to work and live its own life.

There is little that can replace it.

Now in my account about 70 institutions, where I acted as a consultant and guest chef, and if I put a check mark in the place of each, they would have stuck the whole globe.

And if you choose the perfect city for work, which one?

He was and remains a creative laboratory for all the chiefs of the world. 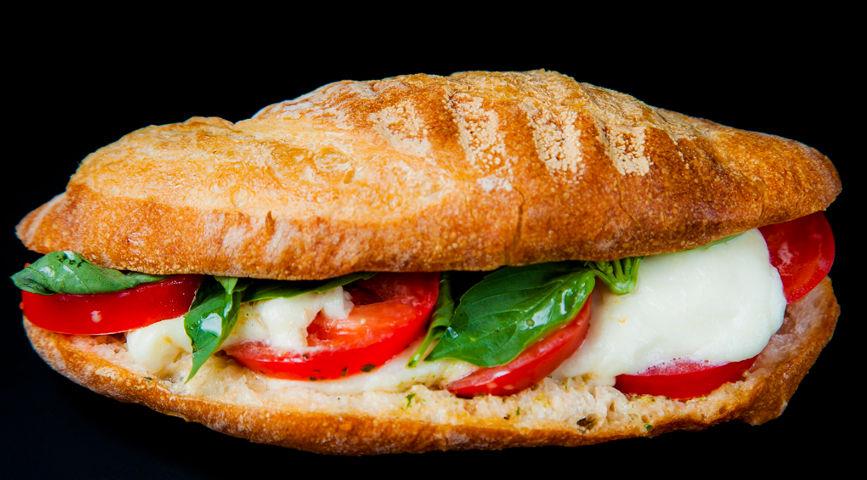 And how did you get to Russia, especially to the network sandwich bar?

A little not your level, no?

Just the idea I really liked.

I am sure that this is exactly what world gastronomy lives today — the rapprochement between “high” and “low”.

Call it Gourmet Fast Food or “smart casual food” or whatever “food”, the essence does not change.

Sandwich today may well become a «wrapper» for haute cuisine. Like a burger, doner or burritto.

After all, this is also a challenge — to take all of your complex cooking techniques and stuff them into a sandwich. Yes, at the word «Sandwich bar» we still have an idea of ​​something not very tasty and rather boring, like sandwiches with convertible tuna or sausage and ready-made ketchup. But you can get down to business as the Moscow guys approached him (The owners of the sandwich bar «Grudge Beef» — approx. ed ). They bake bread themselves, they make sauces themselves, in the kitchen here — a lot of complex equipment, including su-view, josper and all that jazz.

If you like, they aimed at making sandwiches of the 21st century pattern.

This idea is crazy for me.

Consulting a restaurant in Moscow and, for example, in Stockholm — is this a big difference?

For me, the Moscow project is generally very special. So on the restaurant menu, I have never worked.

The fact is that the preparation for the opening of the first «Gadfly of Beef» coincided with the opening of my pizzeria in Lebanon. Literally one month. Therefore, I gave all consultations to the Moscow guys on Skype.

I sent a recipe to Moscow, worked it out for the day, and then Dima and I (Dmitry Kondrashin — cafe chef, approx. ed.) sat three to four hours in skype and I tried to understand what they did.

And Dima told me that this is what the Russians will do, and that they will not eat.

And what the Russians will not eat?

Well, for example, a fish with peanut sauce, I had this idea.

Or dessert coffee with liquorice. 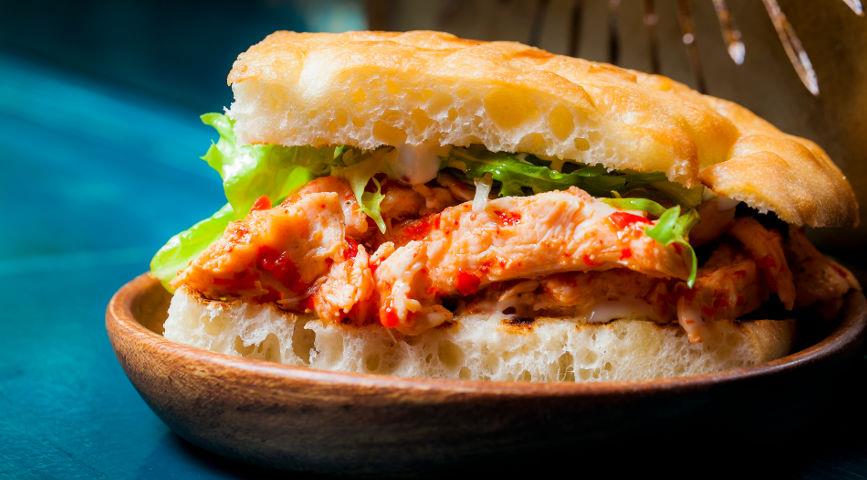 And when you arrived in Moscow and everyone finally tried.

Feelings of ideas and incarnation coincided?

At 100%. These were exactly my recipes, which Dima very skillfully arranged for the local tastes.

And the idea itself — to make food inexpensive, but not cheap — turned out. An example for clarity: we have introduced a sandwich with cream cheese, smoked duck and cherry sauce on the menu.

I served a dish with the same ingredients in a Michelin-starred restaurant in Holland. And there it cost 45 euros, and here — about 5 euros.

But the taste is the same and the quality of the products is excellent.

To be a successful restaurant consultant, you need to be able to feel the trends, to foresee what will be in demand.

Give your prediction of what awaits us in the future, except for the convergence of high-class cuisine and fast food?

Firstly, in a global sense, everything is simplified. The point is not that today even wealthy people are not eager to spend 300 euros for dinner.

They are too busy to come home from the office, put on a dress jacket, go to a restaurant, wait at the bar until they are invited to the table … For them, it is a luxury to spend three hours for dinner. Once a year, on a special holiday, perhaps, but not more often. Therefore, luxury restaurants fine dining they become something like food museums, and every day people eat where they are simpler.

But at the same time, attention to the product increases.

Therefore, creating fast meals at low prices, restaurateurs also have to think about being visited by vegetarians, people who do not eat gluten, or simply those who care about which fried their meat patty and how much cholesterol in their pizza . Between fast food and Junk food today it is no longer possible to put an equal sign.

A tent with falafel can be opened by the chef who leads the program on TV. It used to be easier: this restaurant is Japanese, and here it is French, here it is expensive and tasty, and here it is cheap and so-so.

Now the French chef is free to use sogimi togarashi (Japanese seasoning — approx. Ed.), and the Japanese — ketchup and barbecue sauce.

The most important news is that borders no longer exist.

2019-10-02
admin
Предыдущий What is it — Beaujolais Nouveau?
Следующий Charlotte with blueberries, step by step recipe with photos