Sea buckthorn fruits contain a record amount of vitamins, which are perfectly preserved and frozen. 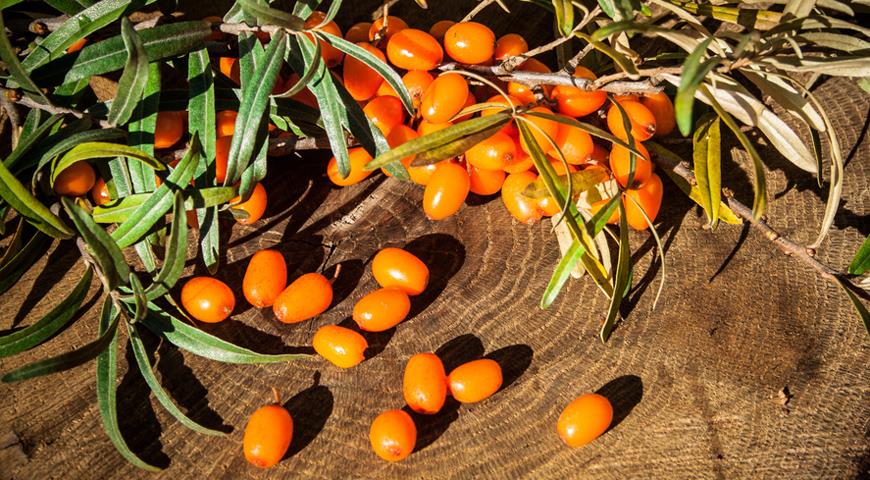 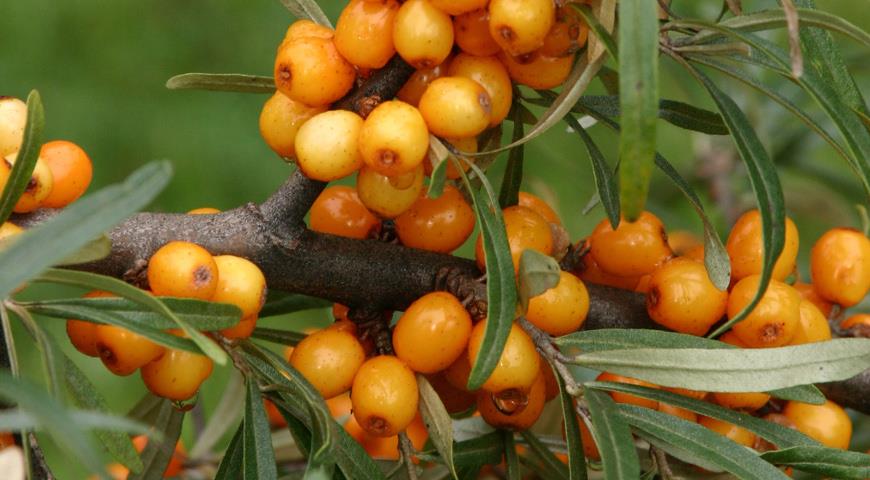 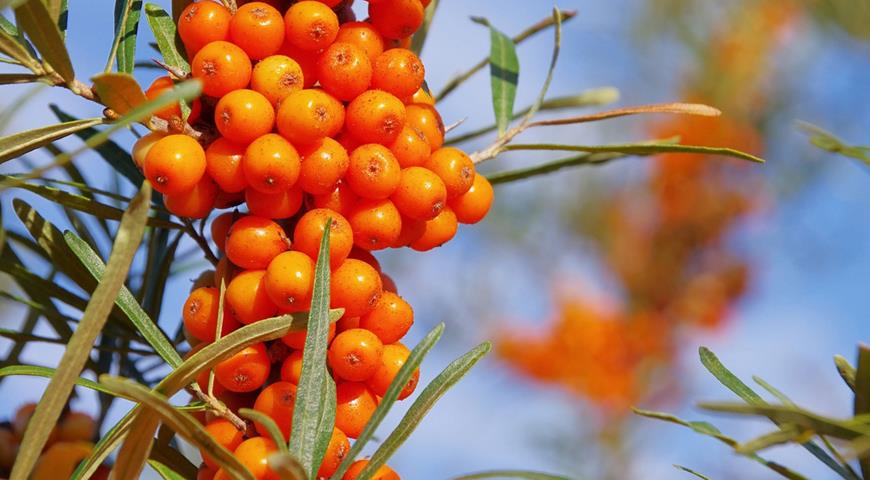 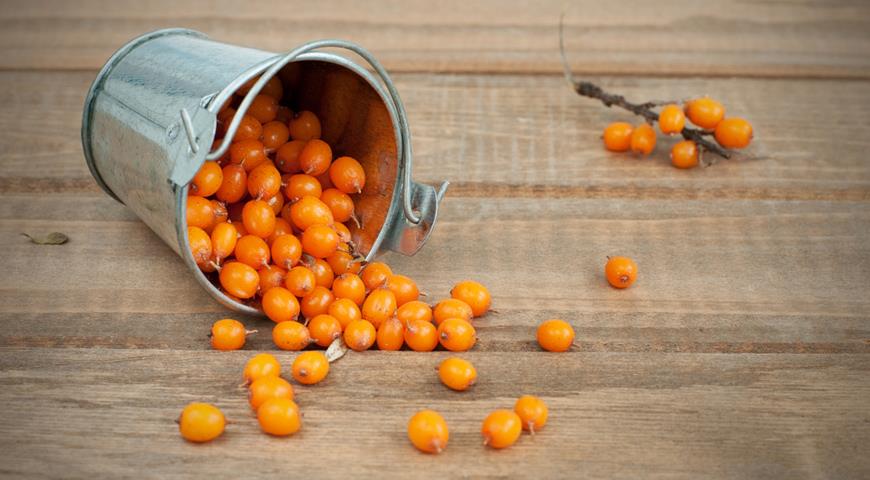 Orange or red sea ​​buckthorn berries not everyone likes them because of the specific sour-bitter taste.

However, the value of sea buckthorn is not to her taste.

This berry is a real “multivitamin pill”.

Another great ancient Greek doctor Hippocrates advised these berries in case of diseases of the stomach.

In his treatises, sea buckthorn was called Hippophae (from hippos — horse and phae — to bring to the light), since the Greeks traditionally fed its leaves on sick horses, which due to this they recovered, and their wool became smooth and shiny.

The healing properties of sea buckthorn were known to the Slavic peoples. In the 17th century, during the development of Siberia, Russian Cossacks, who got into those harsh lands without the necessary medicines, treated wounds and strengthened their health with the help of sea-buckthorn. They quickly determined that the fruits and sea buckthorn juice perfectly restore strength.

And if the fruits are dried, pour sunflower oil in a pot and put them in a Russian oven for the night, then a miraculous bright red is formed sea ​​buckthorn oil, which heals even the worst wounds.

Since the 1970s sea ​​buckthorn oil (prepared by an industrial method using a similar technology) has been marketed widely.

It not only heals, but also softens the skin, making it more elastic.

Sea buckthorn, like man, is in continuous "searching" second half: for three to five «female» trees in the garden should be at least one or two male.

Only then the sea buckthorn will bloom and bear fruit.

In terms of taste, gastronomic properties and the appearance of the buckthorn variety, they differ little from each other.

Sea-buckthorn berries are made not only sea ​​buckthorn oil, but also crushed the juice, which is very useful and tasty with cream or as a part of a milkshake (beat with a mixer).

Sea buckthorn can be turned into compote, jelly, jam, jelly (1 liter of juice mixed with 1 kg of sugar and 10–12 g of gelatin, previously soaked in water, cook for about half an hour, cool and pour into forms) or mousse (2 cups of juice to bring boil, add sugar and 40 g of semolina, boil, stirring, 10 minutes; pour into molds and cool).

With sea buckthorn, you can make interesting desserts and homemade ice cream

Finally, sea buckthorn can be turned into a sauce for meat dishes.

Early sea buckthorn berries ripen in the second half of August, later — in mid-September. Gather sea buckthorn from August to October.

The later the berries are removed from the branch, the more ripe they are and the easier it is to remove them from the legs.

Many people prefer to collect sea buckthorn after the first frost.

For example, they spread a dense canvas under a tree, wrapped the end of the stick with a cloth and beat it on the branches: the frozen berries easily fall off.

Manually picking berries is not easy: the tree has sharp thorns.

Buy sea buckthorn fruits can be on the market in the fall or early winter. Choose bright yellow ripe sea buckthorn, but not crumpled.

Fruits should be dry, not glued, dense to the touch.

Fresh sea buckthorn can be used for a short time (it lasts longer on sprigs in a cool place).

The easiest way to store fruit in the freezer of household refrigerators, packed in plastic bags.

When frozen berries do not lose their healing and nutritional properties.

Sea buckthorn, ginger and pineapple are a wonderful company for making this winter drink,. 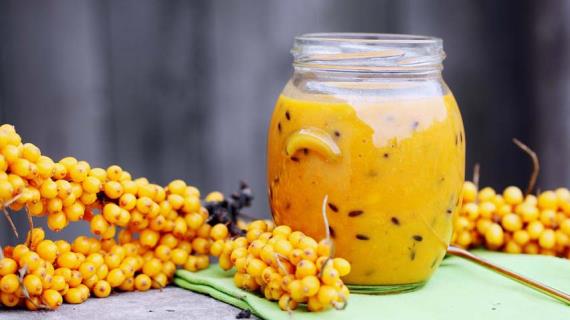 Sea buckthorn is a real autumn berry-pantry, rich in vitamins and trace elements,. 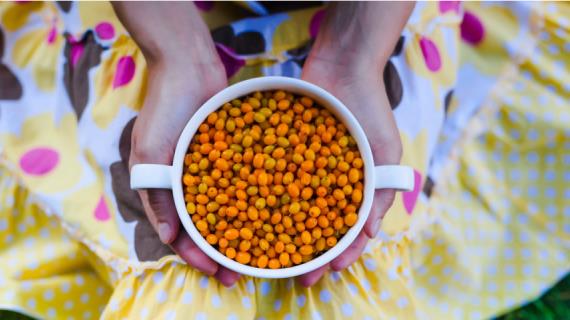 So she’s an amateur, — tell me about the sea buckthorn and you will be 100% right. Her orange berries.

2019-11-05
admin
Предыдущий Mint — product description on
Следующий What do the dead dream about by Freud, Wanga, Loff and Miller?