The child is sick in the morning from school, and in the literal sense.

What can this mean?

It is possible that the child has chronic gastritis, which gastroenterologists also call “school”, for the total prevalence among children of school age and adolescents.

Perhaps the whole family will have to be treated. 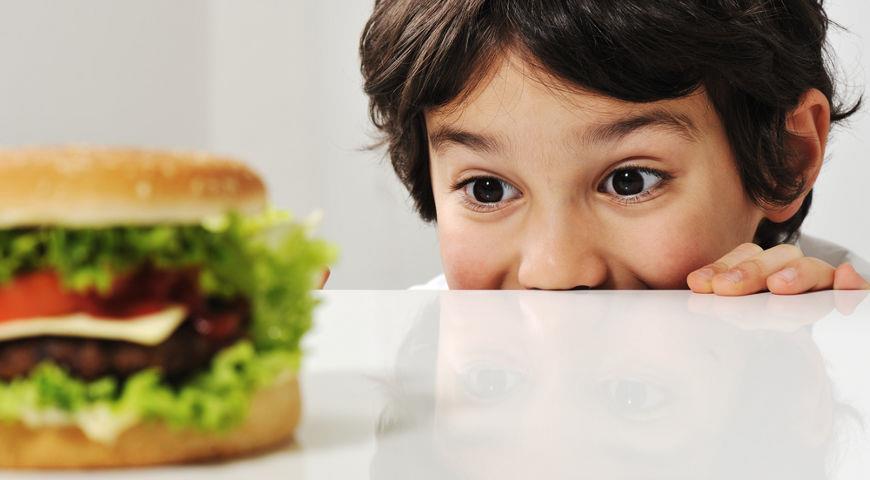 Gastritis is an inflammation of the stomach lining. You can suspect it if the child complains of abdominal pain, a feeling of fullness in the stomach during and after eating, nausea, belching and other unpleasant things like constipation and diarrhea.

These complaints can not be ignored: gastritis with time can turn into an ulcer.

And an ulcer, in turn, in some cases leads to stomach cancer.

Gastritis is usually associated with malnutrition. Indeed, if a child runs away to school without having breakfast, ignores the school canteen (and there really often is something to ignore), and the money given out by parents spends on soda and chips, stomach problems will sooner or later appear.

But there are other reasons.

Back in the 1980s, Australian scientists Barry Marshal and Jim Warren told the world: gastritis and ulcers causes Helicobacter pylori. This bacterium lives in the stomachs of 80% of people, for the time being behaves quietly, but it is activated against the background of stress, smoking, malnutrition, taking certain medications. It clings to the walls of the stomach and begins to eat the cells of the mucous membrane.

Damaged mucosa can no longer cope with the protective function, and hydrochloric acid begins to corrode the stomach.

At first, Australians were not seriously taken into account, and Marshal had to prove his case on his own skin — he infected himself with a Helicobacter and received an exemplary attack of gastritis.

In 2005, for clarifying the role of Helicobacter in a person’s life, scientists were awarded the Nobel Prize, and Helicobacter was recognized as so dangerous that it received carcinogen status.

Usually the child becomes infected in the family, from the parents through kisses, common dishes.

A few years the disease does not manifest itself, but the inflammatory changes in the gastric mucosa are already underway. At some point, amid stresses and errors in nutrition (which usually happens in middle and high school), pain and digestive disorders appear …

A blood test for antibodies to bacteria, stool analysis, breath test (give a solution to drink and compare the composition of exhaled air before and after), gastroscopy (unpleasant, but informative!) Will help to detect Helicobacter.

The course of treatment is short, designed for about 7-10 days, it must be very accurately followed.

Proper therapy will save the child from the harmful bacteria forever.

Relapse occurs no more than 1.5% of cases.

Moreover, members of the whole family need to be treated (if, of course, Helicobacter is found on them), otherwise the child will catch the infection again and again, and each time it will be harder to get rid of it: the microbe will become resistant to antibiotics.

Another reason for the development of gastritis — problems with the pancreas.

It regulates many processes in the body, and, in particular, is responsible for the blood supply to the gastric mucosa.

Emotional and physical overloads, improper nutrition cause failure in her work, the blood supply to the mucous membrane deteriorates, erosion appears on its surface … Here you can reach gastritis and ulcers.

Erosion is easy to heal, but to establish the work of the pancreas is much more difficult. The child needs to organize a quiet measured life. He should get enough sleep, eat right and right, less nervous, do fitness.

That is, it is no longer just about specific methods of treatment, but about a change in lifestyle in general.

If a child has chronic gastritis, you need to be especially careful about what he eats. Especially in the period of exacerbations. Gastroenterologists for this case have long developed a so-called «Diet number 1».

Its meaning is to reduce the irritation of the stomach walls to a minimum and reduce the production of hydrochloric acid. There is a need often — 5-6 times a day, little by little.

Food should be warm. No semi-finished products, coffee and soda, nothing fried, spicy, paprika, etc.

• Slice of cheese
• Fruit puree or fresh fruit (no peel!)

• Vegan or rice soup
• Meat or fish (steamed or boiled), as a garnish — steamed vegetables (not only cabbage and beans!), Rice, buckwheat with a drop of butter — creamy or vegetable
• Compote