Rice (lat. Oruza) is a genus of annual and perennial herbaceous plants of the grass family.

There are thousands of rice varieties grown in the tropics and subtropics of Asia, Africa, America, Australia.

In principle, there are three main types: round grain, medium grain and long grain rice. 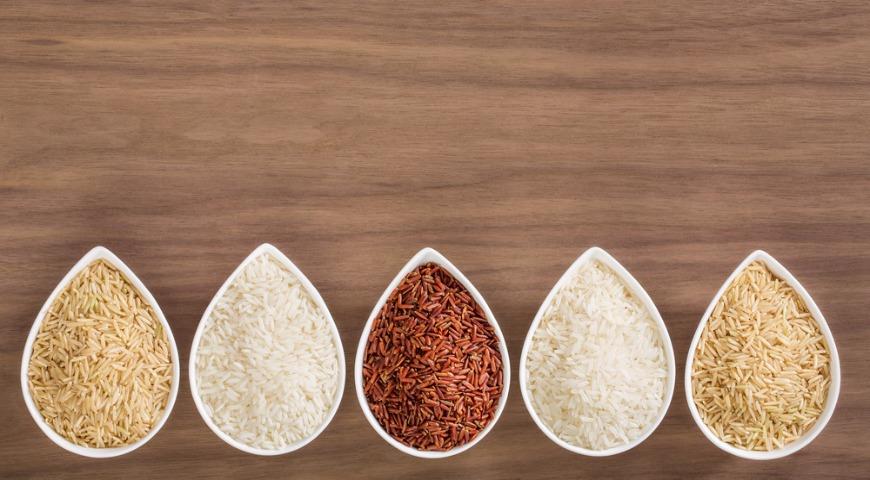 Oruza) is a genus of annual and perennial herbaceous plants of the cereal family.

There are thousands of rice varieties grown in the tropics and subtropics of Asia, Africa, America, Australia.

Historians consider Thailand to be the birthplace of cultivated rice. It was there that found traces of rice, dating from the middle of the V millennium BC. Rice cultivation was also noted in Indochina, Southeast and East Asia, then in India and Central Asia, and subsequently in Europe.

Industrial cultivation of rice in Europe began only in the XIX century.

In Asia, and still produce 90% of the world’s crop, although rice is growing now in any country with a humid subtropical climate. Unlike other grains, almost all varieties of rice require land flooded with water.

Since there are plenty of such lands, rice has become the basis of nutrition for half of the world’s population.

For example, in India, Indonesia, Japan, Korea, Vietnam and China, poor people eat rice two or three times a day, and the rich eat at least one.

Until the middle of the XIX century in Russia, rice was called Saracen wheat or Sorochin millet.

The modern Russian name, like many other words, comes from the French language (riz).

Rice is a good source of vitamins of group B, and most of all is thiamine (B1), riboflavin (B2), niacin (B3) and vitamin B6, but all of this applies only to unprocessed brown rice.

White rice contains not only few vitamins and microelements, but not so much protein, only 6%.

Kruglozerny rice is cultivated in China, Japan, Italy and Russia. Its grains contain the most starch and have the ability to absorb a lot of liquid when cooking dishes. Such rice quickly boils soft and becomes very soft.

The most common is Japanese rice for sushi, sweet rice, gerdeh, balinese black and balinese purple.

Medium Rice is cultivated mainly in Italy, Spain, the United States, Australia and Central Asia. Its properties are similar to round grain, however, its grains stick slightly and it perfectly absorbs the aroma of other ingredients of the preparing dish. The ratio of grain length to width is 2.8: 1.

All rice varieties for risotto are considered to be medium grain.

The most famous variety is arborio, but there are better grades: Carnaroli, Roma, Vialone Nano, Baldo.

Long grain rice is common in Asia, America and Australia. It has long and thin grains that do not stick together during cooking and do not boil well.

It absorbs a moderate amount of moisture. Both white and brown long grain rice are popular all over the world. Compared to other types of rice, it is the most refined.

The ratio of grain length to width — 3 (4): 1. The most famous long grain rice is basmati, Translated from Hindi — «fragrant.»

During cooking, basmati increases in length, not in width. At home, in the foothills of the Himalayas, Basmati is called the prince of rice: no sauces and dressings are needed for him, he is beautiful in itself.

It often acts as a cheaper replacement for basmati.

Inside the listed species there are separate varieties: Basmati and Jasmine, Arborio and Carnaroli, Camargue and Japanese, Asian Gummy and Thai Black, Devzira and Red Rice.

There are hundreds of varieties of rice in the world, and each of them has a unique taste and aroma.

By the method of processing distinguish white, brown (brown) and steamed rice.

Brown Rice is distinguished by the fact that only the outer husk is removed from it, and the bran shell is left, due to which most of the vitamins and minerals are retained in it.

It is much more useful than white rice, but it has a shorter shelf life and cooks longer, and in cooked form it is not as soft as white rice.

From it they prepare the same dishes as white rice.

White rice is obtained as a result of polishing, during which all outer shells are removed from it, and the grains acquire a characteristic snow-white color. This is the main type of rice consumed in the world, it can be round, medium and long grain.

The cooking time for such rice is minimal, 15–20 minutes. (the thinner the grain, the less time), and dishes from it have an excellent taste and excellent appearance.

Steamed rice is done like this: the grains are soaked in water and then treated with hot steam under pressure.

After that, the grains are dried and ground, as in the manufacture of white rice.

After this treatment, the grains acquire an amber-yellow hue and translucency.

When steaming up to 80% of the beneficial substances contained in the bran sheath, goes into the grain, and the grains themselves become more durable. Cooking steamed rice takes 20–25 minutes.

At the finished rice yellowness disappears, and it becomes white.

After cooking, grains of steamed rice do not stick together even after reheating, but its taste and texture leave much to be desired.

In addition, there are red and black unpolished rice, inside it is white.

To cook long grain rice, you need to fill it with boiling water at a ratio of 1: 1.5 (1.5 cups of boiling water per cup of rice), bring it to a boil under tightly closed lid and cook over medium heat, without opening, for 12 minutes. Then wrap the pan in a plaid and let it brew for about 15 minutes. The rice prepared in this way will be fragrant and crumbly.

From 1 cup of raw long grain rice, 3 glasses of prepared rice are obtained.

The medium grain is boiled, gradually pouring hot broth or water into rice and stirring constantly, so that the risotto (namely, it is most often used for such rice) turned out to be soft on the outside and slightly al dente inside, but not turned into a porridge. Central Asian pink rice devzira, from which Uzbek plov is brewed, is also a medium grain.

Any rice for pilaf is thoroughly washed, and then soaked for several hours.

But never wash rice for risotto: wash away all vital starch!

From 1 cup of dry round grain rice will make 2.5 cups ready. They make sushi from short grain rice in Japan, and special varieties in Spain (bomb, Kalasparra) — paella.

Solid rice for paella absorbs up to 30% of the liquid, not boiling soft and increasing in width, not in length.

In other countries, they mostly prepare desserts, although its use depends on the country and personal preferences of the chef. Puddings and desserts made from coconut milk with spices are very good.

From 1 cup of short grain rice, you get 2 glasses of ready.

From rice make a lot of «offal»: rice milk, germinal oil, rice cereal, rice flour. There is no gluten in flour, it is impossible to make yeast bread from it.

But from it they prepare rice casseroles, cookies, other sweets and, most importantly, rice pancakes for spring rolls.

Wild rice, also known as Canadian, is a sacred product of the ancient North American Indians. They worshiped him and ate on major holidays. Now it is grown mainly on Canadian lakes.

There is wild rice — long, almost black grains — quite unusual, most often it is combined with long-grain rice. But it is worth trying wild rice as a separate dish.

It is richer in protein and other nutrients than ordinary rice, and has a nutty flavor. It boils for at least 45 minutes.

Cook it without salt over medium heat in the ratio of 1 part of rice to 3.5 parts of water. 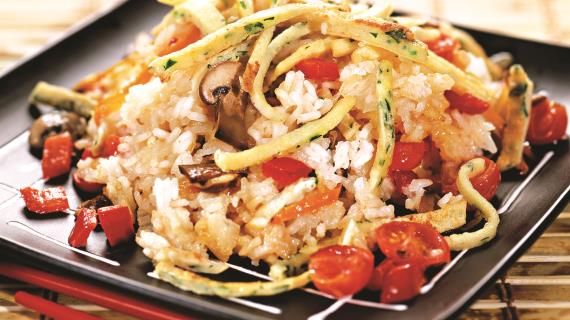 It is believed that the Chinese were the first to cultivate rice more than 7 thousand years ago. . 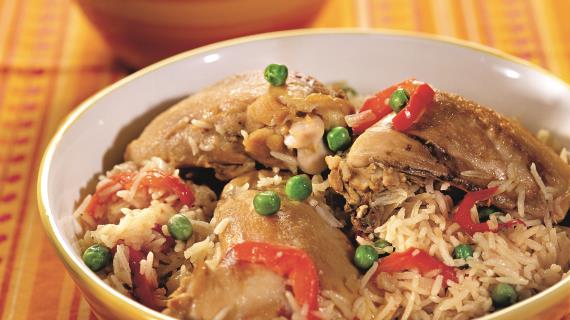 Chicken rice is a wonderful gastronomic combination. If there’s rice and chicken at home, you’re hungry. 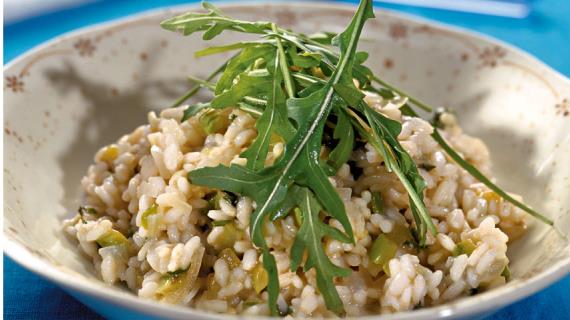 Rice with mushrooms, mushrooms with rice 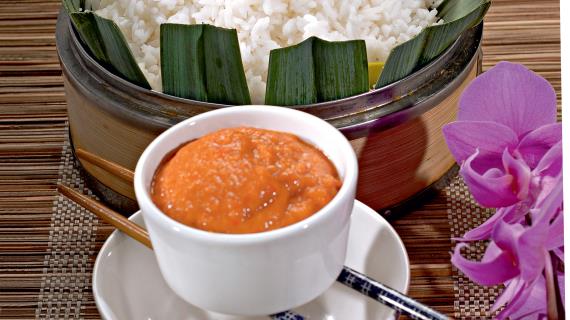 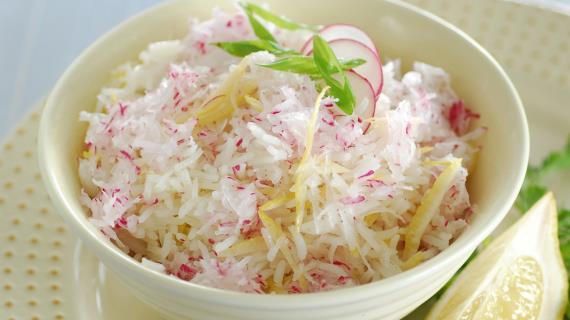 Cooked rice is the perfect ingredient for a salad that is warm or cold. Naturally, to rice. 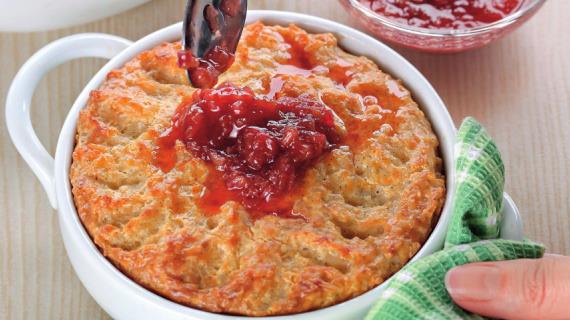 Children’s rice dishes are, of course, not only cereals! Rice, like other cereals, is good. 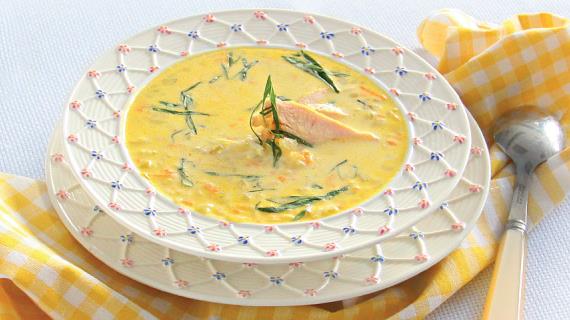 Where do not cook soups with rice! This is not surprising, because rice perfectly thickens soups, making them. 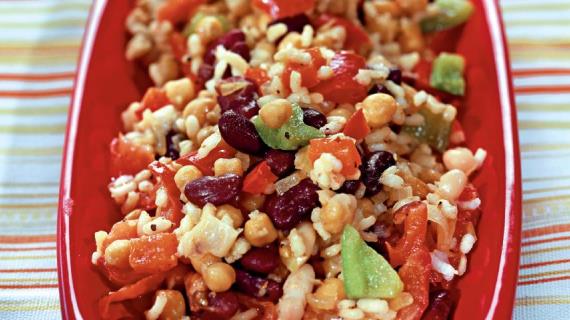 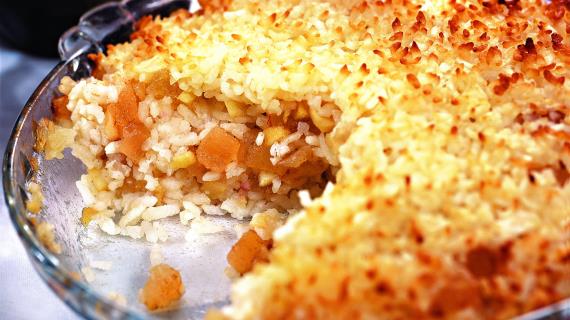 The first secret of delicious rice porridge: you should sort out the cereal to select the bad grains. After.