The radish is unsightly (it’s a white, black or light purple weighty root vegetable), its taste is harsh, and the aroma is quite specific, so it’s very little chance of finding a place in high cooking.

And yet you should not write off radish from the accounts. 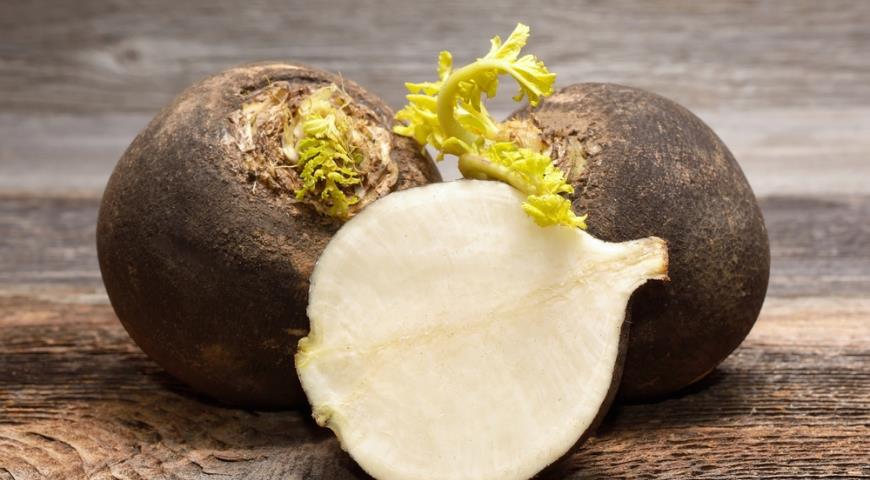 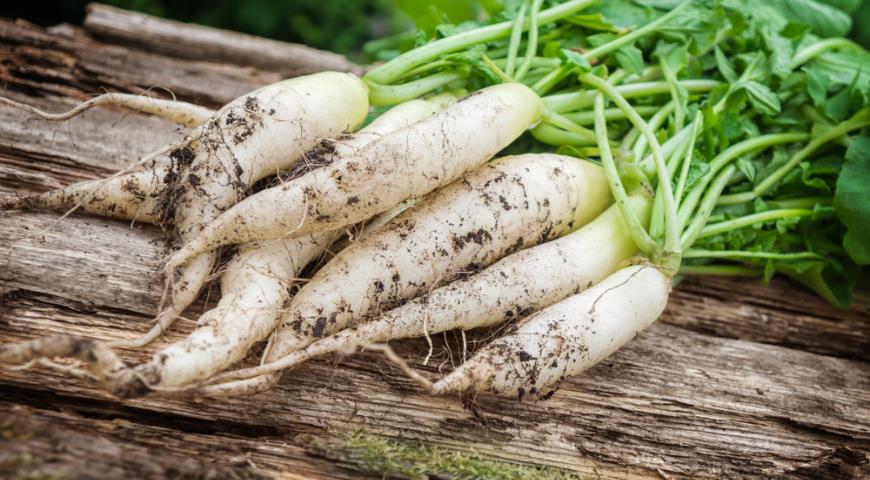 The radish is unsightly (it’s a white, black or light purple weighty root vegetable), its taste is harsh, and the aroma is quite specific, so it’s very little chance of finding a place in high cooking.

And yet you should not write off radish from the accounts.

Records of this root were discovered during excavations in the pyramid of Cheops.

An image of a radish has been preserved on the wall of the ancient Karnak temple of Amon-Ra in Egypt. Radish was also popular in later times — in ancient Hellas and Rome.

There is a legend about how the ancient Greek god Apollo, who received gold radish, silver beet and tin carrot as a gift, was asked how to evaluate the merits of vegetables. And he said that for a radish you need to give as much gold as she weighs.

In the Hebrew tradition was supposed to eat radish on Pesach.

Even nowadays spicy radish is not only eaten (they put it in a salad, soup, dumplings, gravy for meat), but they also treat over thirty diseases with it: it is rich in vitamins C and B, mineral salts, proteins and sugar; grated radish and its juice have long been used to stimulate appetite, heal wounds, dissolve kidney stones, improve intestinal work, with a strong cough.

Radish is a cold-resistant, early-ripening plant. Radish root crops are very different from each other, depending on the variety. They can be round, oval, oblate from the poles, oblong.

The color of the skin also varies: black, green, gray, purple, creamy white or even pink. Many varieties are cultivated all over the world — in Europe, Asia,
Australia and North America. In Japan, there are several varieties of sweet radish, one of them gives roots weighing up to 16 kg!

In our country, two varieties are common: black radish and green. Margilan is called green radish, bred in Margilan — Fergana region of Uzbekistan.

This variety combines the maximum sweetness and sharpness, the roots are usually very juicy and not too large.

Green radish, both in Russia and in Central Asia, is often eaten raw — as a salad or as a side dish to the pilaf. A very tasty salad is made of grated radish mixed with walnuts and fried onions.

It is tasty if you add a little toasted crispy bacon to fresh radish.

Ukraine has been popular dumplings with radish and radish, fried with bacon. In Russia, there was a traditional dish of bison, at the same time the first and the second (remember, «Eat, Vanya, turi»?). In order to cook it, they chopped radish in a bowl or chopped it, chopped bread, salted it and poured kvass.

They let it brew a little, so that the pieces of bread absorbed kvass, filled it with hemp and linseed oil and ate — especially often in winter as a source of vitamins and just nourishing, tasty and tasty food.

Having decided to cook black radish, very carefully peel it off: it is she who gives bitterness and unpleasant smell. Black radish can be fried in honey, it turns out an excellent delicacy. Black radish puree, put in a gauze “package” on the chest, helps with whooping cough and bronchitis.

A mixture of radish juice with honey is drunk both against a strong cough, and for the treatment of gallstones or kidneys. In order to competently, without reducing the natural medicinal properties of the root, to extract juice from it, cut the top of the radish and, very carefully with a small knife, cut a hole in the center and place a little honey there.

This “well” will gradually accumulate the juice you need, immediately mixed with the second therapeutic component.

Radish seeds have antimicrobial properties, they need to be pounded in a mortar and applied to poorly healing wounds.

Choosing a radish, make sure that it is not cracked and heavy on weight — light radish will be empty inside and flabby.

The radish in the sand can be preserved throughout the winter, and it will retain all its healing properties and taste. 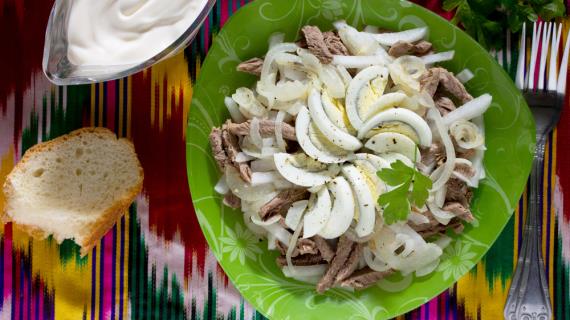 Radish to a kind of unsightly (this is a white, black or light purple weighty root vegetable), its taste is harsh,.