Dranik can hardly be attributed to the gastronomic aristocracy. But you can’t call them beggars either — this dish is nourishing, tasty, and there are hundreds of pancakes varieties.

Add to this all sorts of potato relatives from neighboring countries, as well as distant relatives, and get a prosperous multinational family.

Hospitable and beloved by all. 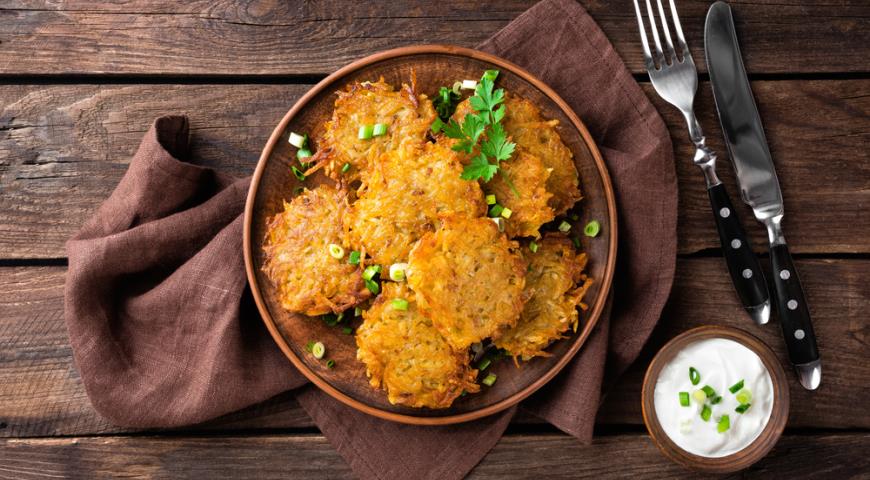 Our Belarusian neighbors were lucky to meet with potatoes for the whole eighty years before us. There is, however, the opinion that potatoes always grew on fertile Belarusian land, but it turned out to be in demand only in the 17th century. It recalls, of course, the statement “Russia is the birthplace of elephants”, however without Belarusian potatoes it is really difficult to imagine Belarusian cuisine.

So much so that it is not quite clear what Belarusians ate before the discovery of America.

For the cultivation of potatoes Belarusian soil is ideal.

In addition, a new vegetable was introduced here not by the methods of Peter the Great, that is, together with tearing out beards and beating on the face.

The lands of Belarus, if you do not know, were divided between Poland, Prussia, Lithuania, Ukraine and several other states, which can no longer be found on the map. Moreover, the results of the division were revised, according to the then European traditions, almost every ten years.

And he was responsible for this confusion, as usual, the people who for centuries have been balancing on the brink of survival.

And for the survival of better potatoes there is no crop.

So the Belarusians persevered, moreover, they preserved the good character and Orthodox faith.

Even the name for it Belarusians came up with a special — «Bulba».

Potatoes in Belarusian cuisine are processed in several different ways. If raw rubbed on a fine grater, and then used together with the released juice, this mass is called «Tagged«.

If it is drained out carefully in a “blade” (a cone-shaped bag of thin linen or a triple layer of gauze), this is called «Bladed mass».

Another way — boiled potatoes, and then pounded.

For the preparation of different dishes use all these types of masses — separately or mix them in different proportions.

Draniki (dranik) cooked from sacked, that is, the raw mass, which is sometimes added to minced meat or pressed cottage cheese.

By the way, for the preparation of sack mass, a fine grater or a special nozzle on a food processor, which is called “a pancake nozzle”, is used.

Onion rubs on the same grater alternately with potatoes and does not allow it to darken. For the same purpose, you can use kefir.

A small amount of it is poured into dishes and put already grated potatoes into it while the next batch is being cooked.

Interestingly, Belarusian potato varieties contain more starch than Russian or European ones. Therefore, it is possible that the mass for pancakes you get too liquid.

It is not necessary to add flour to it for density, it is better to put a little starch — still a product related to potatoes.

Or soda on the tip of a knife and an egg, but quite a bit — one egg per kilogram of potato mass.

Season the potato mass only with salt and black pepper, so as not to disturb the natural taste.

Cook the pancakes in a hot frying pan in oil, but so that they do not float in it.

Draniki are best served straight from the stove, and sour cream or grated wild berries (cranberries are especially good) are at your discretion.

You can apply for traditional Belarusian pancakes «Machanka»: To cook it, finely chopped salted ribs, smoked sausage, ham and baked fat are put in a pot, poured with sour cream and cooked in the oven for 40 minutes.

Already roasted pancakes can be additionally later in a clay pot.

There, pancakes get the reference for the Belarusian cuisine formless, and put on the table, remain hot for a long time.

Pancakes are placed on the bottom of the pot, then add sliced ​​meat or lard, fried onions, prunes, barley porridge or mushrooms (not all at once, of course), the contents of the pot are covered with a pair of pancakes and watered with sour cream.

And then this splendor can languish in a furnace for a day.

Variety of pancakes with a filling is called «Sorcerers» (not to be confused with Russian and Belarusian pelmeni sorcerers!).

In their bowels hidden meat (most often pork) stuffing or steamed poppy.

But they eat them not only for the New Year.

Whatever of these dishes you have created — pancakes or sorcerers — you have to eat everything that is cooked, in any case not to leave it for later.

When they cool down, they cannot be brought back to life by any forces.

Latkes draniki are related to the original product — potatoes and the method of its pretreatment — grinding.

But latkes, unlike pancakes contain quite a large number of eggs.

And they add the flour of the matzo.

In Lithuania, potatoes are cooked from dumplings zeppelins. Make them as follows. Raw tinder potatoes on a fine grater and squeeze through cheesecloth.

Juice defend, and then settled on the bottom of the starch is added back to the mass. In addition, boiled potatoes are added to grated raw potatoes in order to soften the flakes. For minced meat in equal proportions mix pork and beef, add raw onions, salt and pepper.

You can also add some water or milk for juiciness. Potato mass is divided into small lumps, in the center of each make a small indentation, put in it about a spoonful of minced meat and pinch the edges.

At this moment, by the way, the dumplings are attached to the very form of the airship, for which they received the name «zeppelins». Then they are boiled in salted water. The criterion of readiness: zeppelins should float to the surface of boiling water, and then sink to the bottom.

Went to the bottom — so ready.

A classic Lithuanian sauce is served on the zeppelin: fried onion with cracklings, mixed with sour cream.

2019-02-27
admin
Предыдущий What is the number Pokrovskaya parent Saturday
Следующий Food preservative E200 Sorbic acid — the use of additives, its harm