Pike meat is dense, it has an easily recognizable taste and aroma, which gives a bit of mud. Many for this pike do not favor. 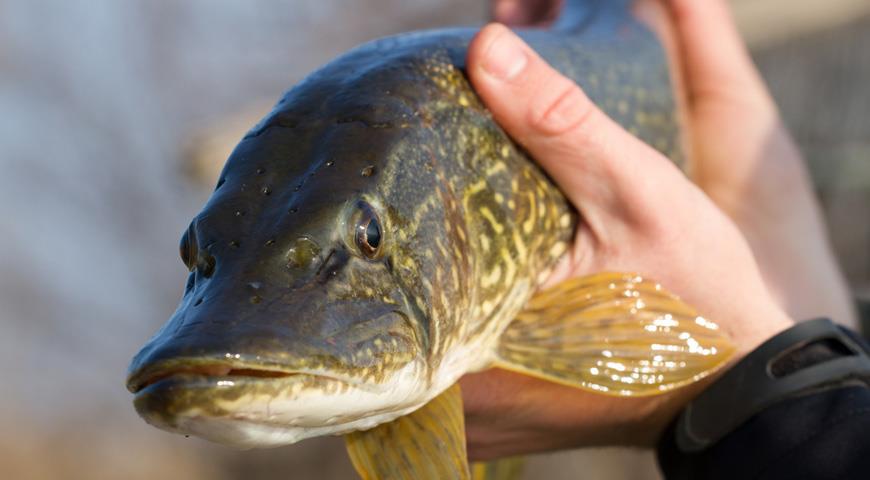 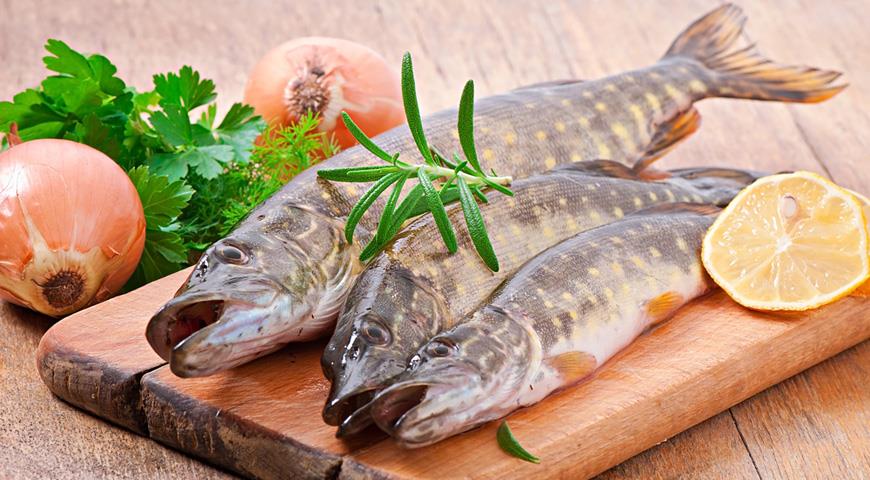 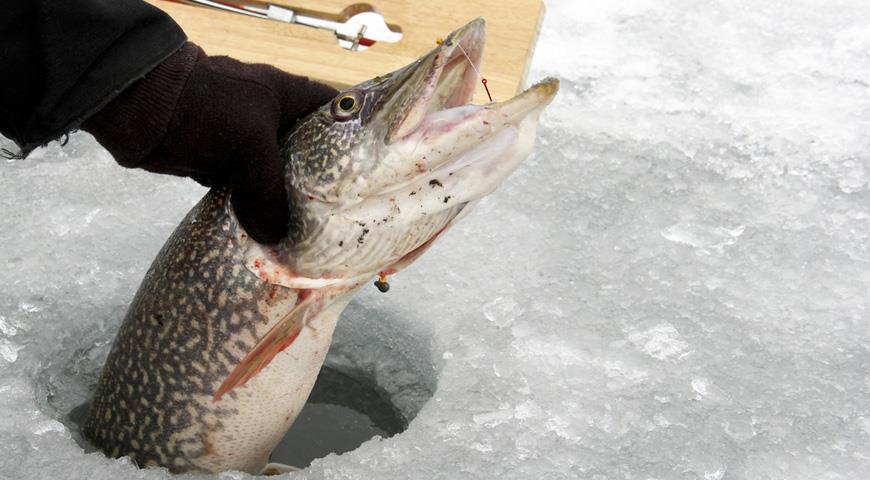 Pike — One of the most common and well-known river fish. Pike meat is dense, it has an easily recognizable taste and aroma, which gives a bit of mud.

Many for this pike do not favor.

In Russia, pike was referred to as “black,” that is, third-grade fish, because it requires either complex culinary processing, or techniques aimed at softening meat and drowning the smell.

By the way, the pike is tastier and better small: fish weighing more than 4 kilograms is suitable mainly for dumplings and mousses — well, also as an object of bragging a fisherman.

Pike can be found in almost any river or almost in every lake not isolated from rivers.

The usual weight of this fish is 5-6 kg, but there are individuals more than one and a half meters long and weighing up to 35 kg.

Pike meat contains many useful vitamins and microelements (a lot of potassium, magnesium and phosphorus, B group vitamins).

It is good for the health of the skin and mucous membranes, nervous and digestive system, regulates blood sugar, is an antioxidant, has a positive effect on the body’s metabolism.

Regular consumption of pike meat will significantly reduce the risk of cardiac arrhythmias.

Contraindications for eating pike meat were not found.

Strange as it may seem, but all pikes (fish of the family Esocidae) belong to the order of salmon.

It must be said that there are not so many pike species.

Our common pike (Esocidae lucius) found in the fresh waters of Eurasia and America Amur (Esocidae reicherti) — respectively, in the Amur and on Sakhalin.

Several more species of pike can be caught in the waters of North America and Canada, where they have always been the usual food of the Indians.

The most popular recipes with pike are pike stuffed whole; aspic; pike baked in the oven; pike cutlets.

To stuff a pike, skin is removed from it, the meat is separated from the ridge, the meat is mixed with vegetables (cereals, mushrooms, etc.), and then the skin is gently stuffed with this stuffing.

Pike has a specific taste and smell, which traditionally try to muffle when cooked.

One of the serious “silencers” is acid, which is why pike is often either served with a sour sauce, or acidified before cooking, or cooked in an acidic medium (for example, with sauerkraut, sour cream).

Meat of large fish (more than 4 kilograms) usually goes on mousses and cutlets.

The best part of a large fish is closer to the head.

One of the virtues of pike meat is its considerable stickiness; therefore, cutlets can be made extraordinarily tender and airy, without damaging the structure by adding significant amounts of light components (milk or cream mixed with white bread crumbs or prepared couscous).

Pike are caught almost all year round, and in different seasons they bite with varying degrees of activity and different baits.

When you buy fresh pike, you should smell it: fresh fish smells like river water and algae.

Fresh fish have bright bulging eyes. The gills of fresh fish are bright red (in dead fish — faded or brick-tinted). Fresh pike is dense to the touch.

She has a smooth shiny and slightly wet scales.

On the carcass of fresh fish there are no brown spots that indicate the beginning of the decomposition process.

A fresh fish carcass should be covered with a thin layer of transparent mucus.

The tail of a fresh pike — without rounding up. Finally, a fresh fish looks like a living one — perhaps it does not jump on the counter.

Most of these rules (except perhaps the last) also apply when buying chilled fish lying on the ice. When pressing on the back of the cooled pike should not remain fossa.

The long-fading fossa indicates that the fish have been frozen and thawed repeatedly.

Chilled pike fillet should be firm.

If the fillet is left on the skin, it should look the same as that of fresh fish — elastic and shiny.

It is better to refuse to buy pre-pickled fish: they hide the disadvantages of fish fillets with spices.

Lovers of fresh pike know that this fish does not like the freezer too much: having lain in the freezer, the pike loses some of its taste and smell.

Nevertheless, in stores you can buy frozen pike fillets, which are suitable for fish cutlets, as well as for frying.

Frozen fish should be bought only in a sealed package, otherwise the fish will dry quickly.

The washed and gutted fish should be put in layers in a container and closed.

Store in the refrigerator can be no more than 2-3 days.

Defrosting fish is best in the refrigerator, but in no case in water, it spoils its taste and texture.

Stuffed fish — a real decoration of any table. It can be served as a snack. 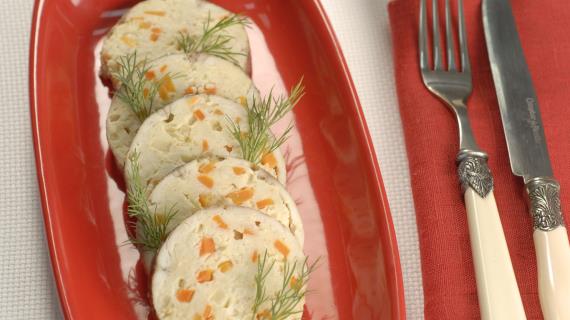 Everyone knows that pike is a bony fish, and its meat is dry and can smell of mud. But,. 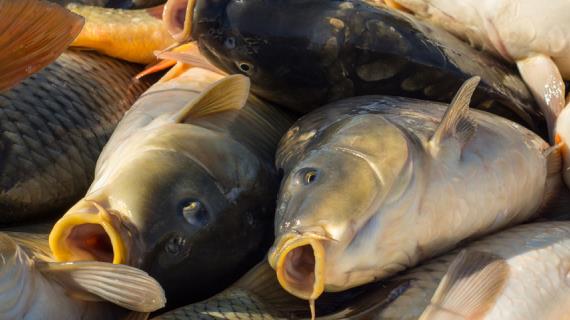 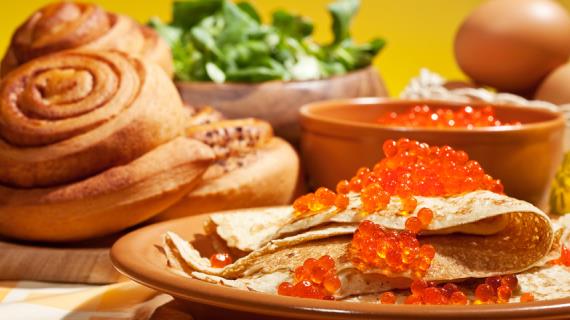 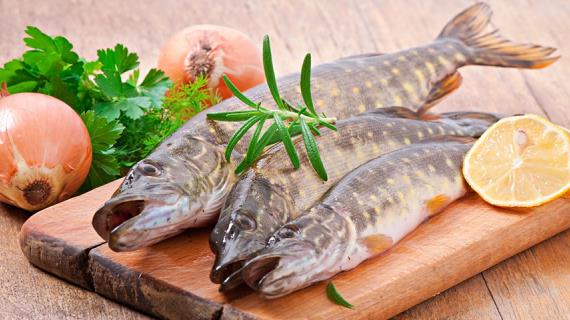 Now pike can be bought in almost any supermarket or fish store. Everybody knows, . 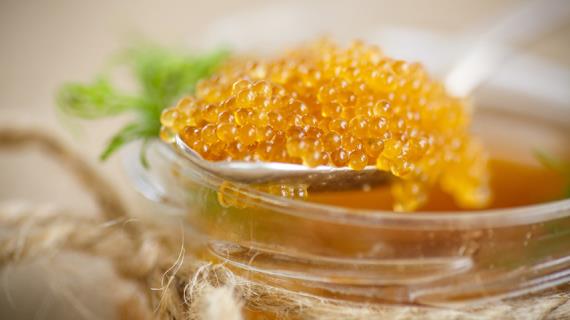 Caviar in the old days was considered a royal delicacy and cost more than black. Properly saline,.