Peking Duck can be ordered in almost any major city in the world, and there are many places where it will be prepared properly. However, only in Beijing you can appreciate the whole genius of this dish.

Where there is Peking duck — guide from blogger Gastronom.ru Dmitry Zhuravlev. 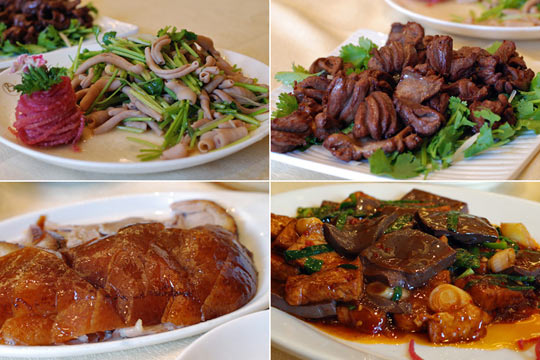 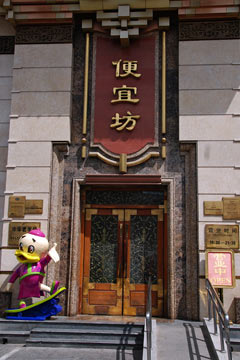 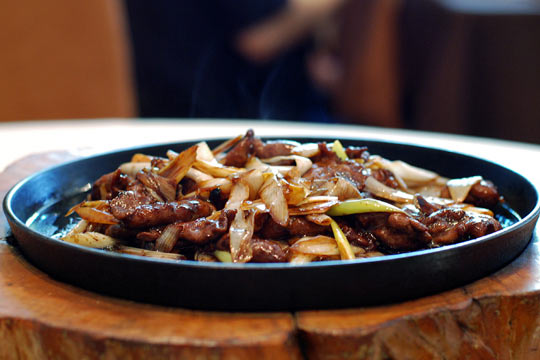 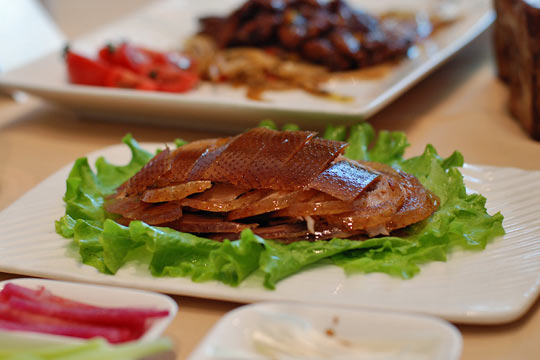 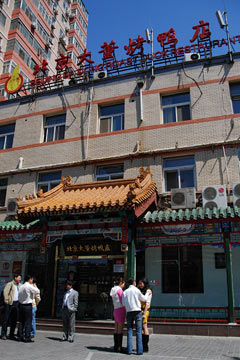 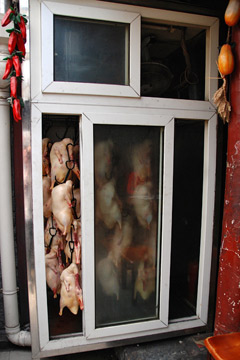 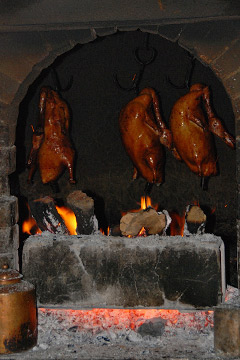 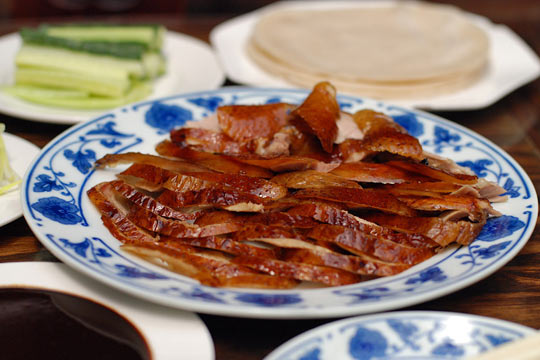 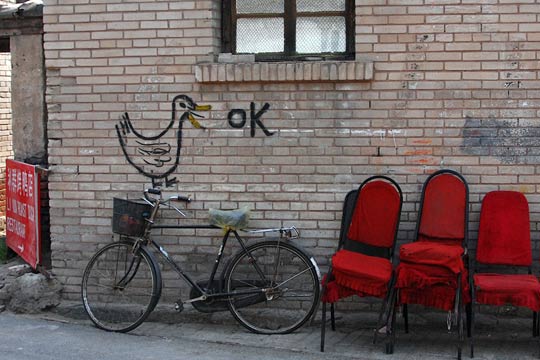 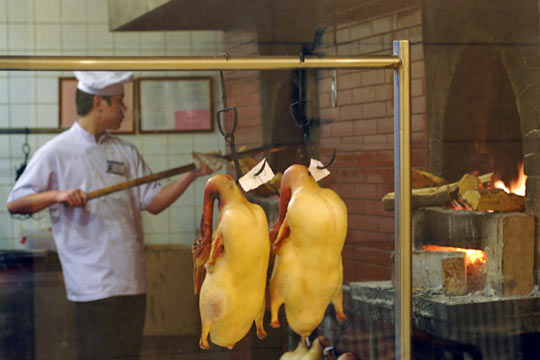 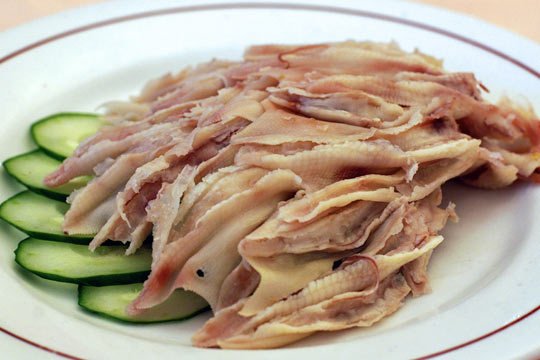 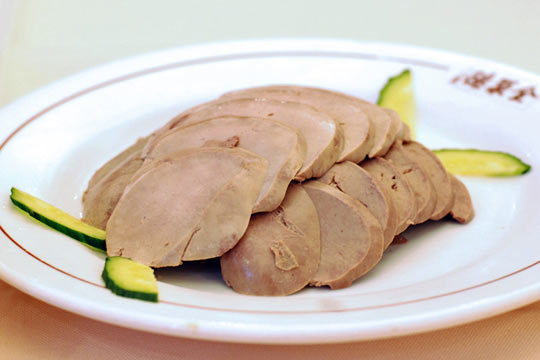 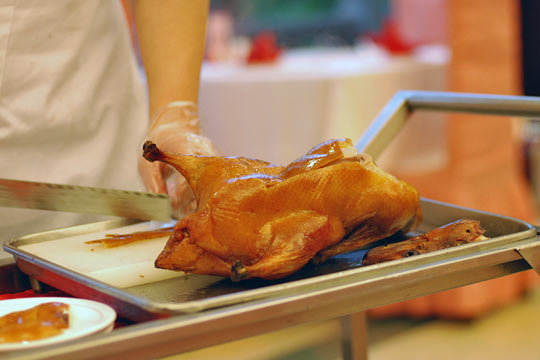 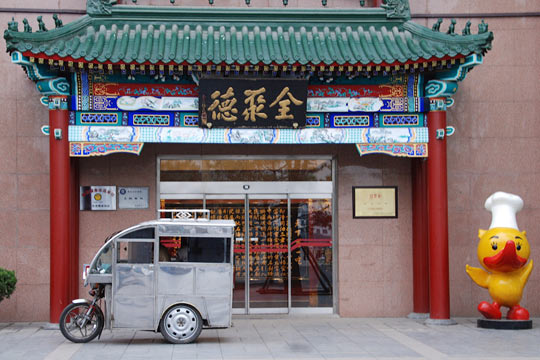 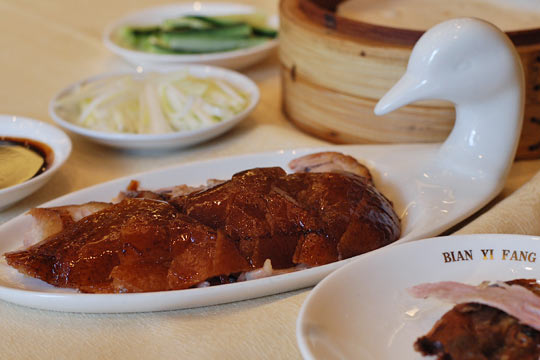 The oldest «duck» restaurant in Beijing. Its name literally translates as «cheap shop.» The official foundation date is 1855, although a small shop with the same name, selling roasted ducks and chickens, appeared on this place in the 15th century.

However, history is not the only reason for visiting Bianyifang. Today it is one of the few menlula-style restaurants where ducks are fried in closed ovens.

Cooking birds is due to the heat coming from the hot walls of the furnace, which gradually subsides.

The Bianifana duck has a beautiful bright color, crispy skin and rather juicy meat.

Distinctive detail: a fair amount of fat, because of which the uncut duck looks a bit swollen and smooth, as if poured.

In addition to the whole duck, the restaurant offers quite a few dishes from its parts. Together with a standard set for such restaurants, including duck liver, legs, hearts and stomachs, here you can taste much more strange things, like jelly from duck blood with tofu or tripe with cilantro stalks.

In addition, there is a large selection of dishes from Shandong and Sichuan cuisines.

Perhaps the most popular brand associated with Peking Duck. Founded in 1864, the restaurant was the first to make Peking duck accessible to ordinary people. Quanjue is compulsory visited by foreign heads of state and other honorary guests of China, and therefore widely known not only in China, but throughout the world.

Quanjude’s largest restaurant is located on Qianmen Street, its dining rooms occupy an area of ​​half a hectare.

Despite the enormous size of the restaurant, in order to get into it, it will take half an hour or even an hour to stand in a queue.

Unlike Bianyifana, in Quanjue, they adhere to the style of the ghalu, when ducks are fried in open-hearth ovens. Firewood is used only from fruit trees, which gives the finished duck a corresponding aroma.

The Quanjude duck is golden in color and less fat than in Bianyifan, but the meat is not so juicy.

In addition to the Peking duck, the restaurant is famous for its fantastically huge selection of other duck dishes, among which are crystal duck tongues, spicy wings and a stew in a sauce neck.

From the day the restaurant was founded, all the ducks sold in it are counted, giving each person a personal serial number — and at the end of the meal you will be given a certificate indicating this number.

It should be noted that the restaurants Bianyifang and Quanjue have long been turned into network projects with all the ensuing consequences.

However, both of these restaurants are worth a visit — at least to compare different styles of duck cooking.

If you are sickened by fanciful styling and crowds of tourists, go to the restaurant Liqun.

A small family restaurant, lost in the old Peking Hutong in the heart of the city. Finding Liqun is not so easy, because the owners, in principle, do not use advertising — they usually come here on the recommendation. However, in order not to get lost, cute ducks are drawn on the walls of the houses along the way.

The restaurant itself is a tiny traditional courtyard syheyuan — a closed space, along the perimeter of which houses are located.

Old walls, wooden posts, cramped cabinets, everything here is imbued with the spirit of old Beijing.

The only thing that reminds of the present is the refrigeration equipment placed in all corners and a double-glazed window cabinet filled with ducks, ready to go to the stove standing right at the entrance.

In Litsyun everything is arranged simply and without pathos. Nobody rolls a cart into the hall and doesn’t like a duck-cut performance, it’s just cut up on the next table.

They never serve the skin separately from meat, and do not decorate dishes with vegetables cut from vegetables. Come here to just eat roast duck.

One of the best in the city.

Modern China cannot be imagined without innovation, and this is directly related to the Peking duck.

Restaurant Dadun is a place where Peking ducks are treated in a new way.

The owner and chef of the restaurant, Dong Zhenxiang, was nicknamed the great (in Chinese, “yes” means “big”, “great”) not only for his tall stature, but also for his outstanding talent for cooking.

He brought the cooking of Peking ducks to perfection.

Dadun changed not only the shape of the oven, but also the process of preparing the duck carcass, guided by the modern achievements of culinary science. As a result, the duck served in his restaurant, an order of magnitude less fat than others. Her skin is so fragile that, being thrown on the table, it breaks like glass.

At the same time, it literally melts in the mouth, while meat can be placed as a standard of tenderness in the Chamber of Weights and Measures.

In addition to the duck, in the extensive menu there are other dishes that can be called works of art. And this concerns not only the filing. Dadun created his own unique style of cooking, combining Chinese traditions with modern trends of world culinary.

It turned out that even the most archaic kitchen is capable of perceiving new things without renouncing its roots.

And here we have something to learn.